What is the connection between Droxford and the D-Day landings?

Drive south along the Meon Valley on the A32 and you pass through the village of Droxford. The Georgian and Victorian houses that flank the road on either side mask the course of the River Meon. It picks its way southwards on the left hand side as does the route of the old Meon Valley Railway. This cross country route, opened in 1903, when the line ran from Fareham to Alton. Both towns were emerging as prominent market towns and the London and South West Railway Company took the opportunity to connect London with the coast. The line had stations at several of the Meon Valley villages, including Droxford, which boasted the longest siding in southern England.

The role of Droxford Station and D-Day 1944

It was in this siding that an event took place to finalise the plans for the biggest invasion force ever massed by the British military, the D-Day landings.

On the 2nd June 1944, Winston Churchill, members of his war cabinet, President Eisenhower and the French leader Charles de Gaulle, the Canadian President William Lyon McKenzie King and the South African leader Jan Smuts, all met on the Royal train, in the siding at Droxford. Tens of thousands of troops were already camped throughout the area, preparing for the invasion of France. The leaders went on a morale boosting visit to the troops and then returned to the train to hold last minute talks about the invasion plans.

Droxford station was chosen as the meeting point because of its proximity to the troops, its secluded siding and proximity to a deep cutting. It was thought that in the event of an attack, the train could be pushed into the cutting, where it would be hard to see. Imagine what could have happened if news of this meeting had fallen into German hands. 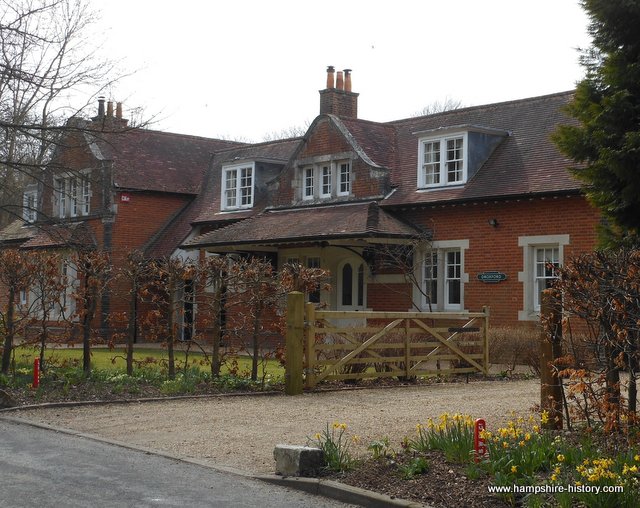 From tourist trains to troop trains

The Meon Valley Railway had been used extensively in the months leading up to D-Day, bringing troops and supplies, including tanks to the south of England. The large and ancient Forest of Bere, close to Droxford, provided cover for thousands of troops. Close to Droxford was Mislingford goods yard set to receive an unprecedented amount of military equipment. Not quite the goods that were envisioned when the railway opened forty years prior, when it linked Londoners to the steam ships heading for the resorts on the Isle of Wight.

The railway line was closed to passengers in 1955, Droxford’s place in history assured. The beautiful station building is now a private residence and a humble little plaque is all that remains to remind us of the momentous events played out here in Droxford nearly seventy years ago.