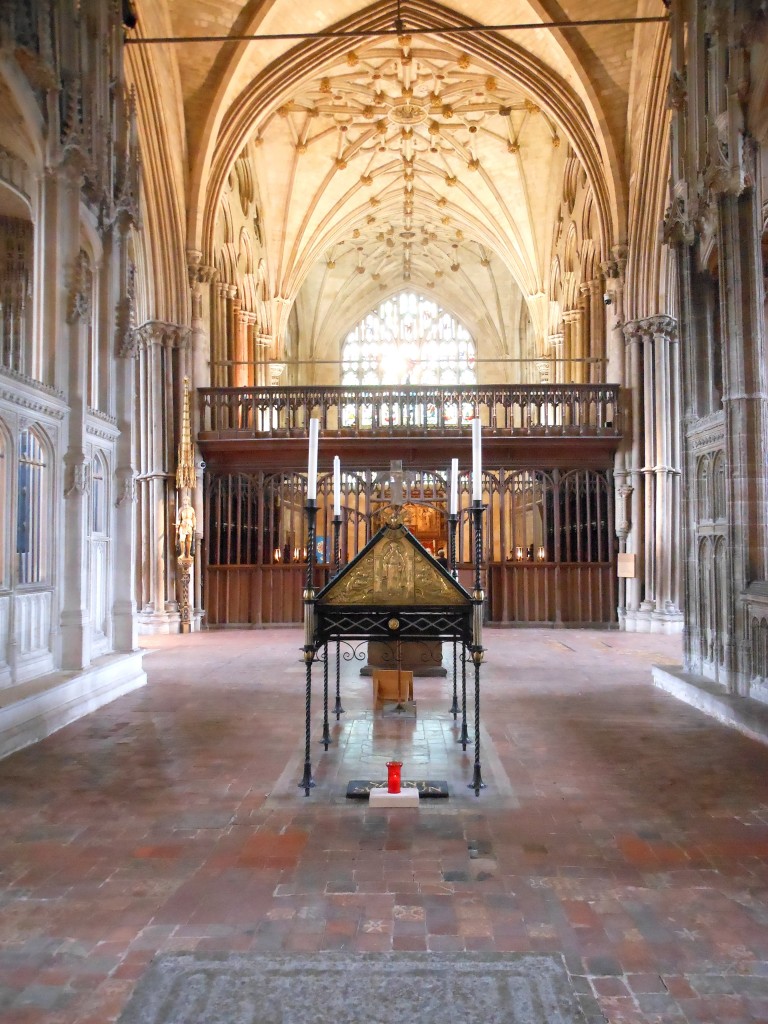 St. Swithun is probably one of the best known of the Bishops of Winchester.

He died in 862AD and was buried in the graveyard of the Old Minster. At his own behest, he wanted a simple and humble grave that would be out in the open and so his resting place was in the area between Old Minster and St Martin’s Tower.

St Swithun was a man whose charismatic personality is well recorded. He had an enormous impact on those he served and those who served him. When he died his grave became an important place of pilgrimage.

Such was the importance of the St Swithun, that monks and pilgrims felt compelled to go against his wishes for a humble grave outside and they brought his remains into the body of the Old Minster and then, when the cathedral  was completed in the C11th, into the church building itself.  The shrine stood above the high altar on a raised ‘feretory platform’ which still exists behind the great screen. With the erection of the latter obscuring the view of the shrine in the 1460s, it was moved to the more usual position behind the altar.

There is no visual record of what the shrine might have looked like but the cathedral itself gives some clues of what it must have been like to make the pilgrimage to the shrine of St Swithun. 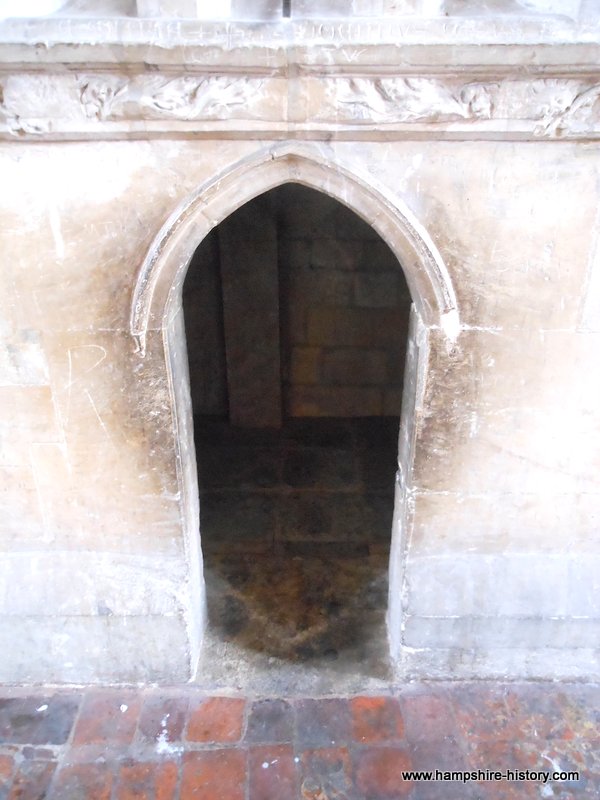 Pass along the north transept and climb the pilgrims steps, pilgrims may well have approached the shrine on their hands and knees. They would have passed over glorious medieval tiles. The cathedral has the largest surviving area of medieval floor tiles in any building in England.

At the time when the shrine was situated behind the high altar, the pilgrims would have passed through the ‘Holy Hole’, in order to get closer to the shrine. It must have been an immensely spiritual feeling to approach the shrine in the dimly lit Cathedral, on your hands and knees, eyes cast down.

The modern memorial shrine stands where the shrine was moved to in 1476 between the chantry chapels of Bishop Waynflete and Cardinal Beaufort. Of the original shrine nothing now exists, it was destroyed in 1538 on the orders of King Henry VIII. This act of destruction had to be carried out overnight to avoid the public outcry that would surely accompany this move.

The modern shrine was constructed in 1962, one thousand years after St Swithun’s death. The design of the metal stand includes broken eggshells, which is reference to the miracle of St Swithun and the broken eggs.