Henry Portal was a Hugenot who sought refuge with his family in England. Having lost everything, Henry Portal worked hard to restore his families fortune and did so by becoming a miller. 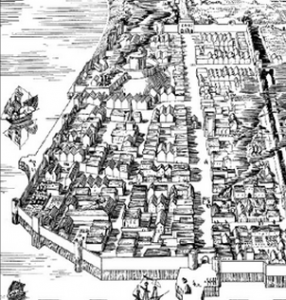 In Medieval times, Southampton, was a divided town, its position as a major trading port just a hop across from France, meant that it had a split personality, it had a French Quarter and an English Quarter within the town. The French community settled around the French church of St. Julian and it was to this area in the C17th and C18th  that many French Hugenots fled to, escaping persecution in France.

The story of the de Portal’s escape from France

One story tells us that Jean Francois de Portal and his children, the young Henri and Guillaume, were hidden in the oven in their chateaux as it was ransacked and then smuggled on board a boat, hidden in wine casks, which set sail for Southampton. Whatever the truth of the story, the de Portal family arived in Southampton and began the process of re-building their lives. They would have been met by the French community living in Southampton at this time.

Life would not have been easy in Southampton during this period. The English and French communities existed in an atmosphere of tension, repeated French raids on the port of Southampton had engendered a feeling of deep distrust between the two groups. However for the de Portal’s, it must have seemed like a sanctuary, despite their having lost all except their lives.

The de Portals move on with their lives

His father it seems, went to London to seek his fortune but the young Henry, still under twenty years of age, sought out the company of those best able to help him. He began working at a paper mill in South Stoneham and seemed keen to learn his trade and adopt his new country as his home. With an eye to the future, on the 10th July 1711,  at the Quarter Sessions at Winchester, he became a naturalised British subject. 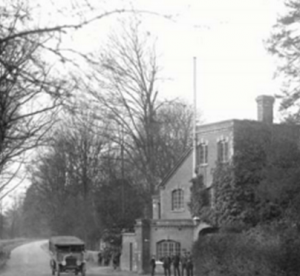 Whilst at South Stoneham Henri made it his business to meet Sir William Heathcote, himself, a young man. The two became firm friends and Sir William Heathcote of Hursley worked hard on behalf of the young Hugenot, using his influence to bring Henri into ‘the fold’.  When the tenant of Bere Mill, near Whitchurch, died in 1710 Sir William offered the lease to his friend and Henri founded the Portal papermaking business the following year.

Henri married Dorothy Hasker of Overton and surrounded by workers from his home country he set out to build an extremely successful business. By 1718 Henri decided the time had come to expand and he acquired the lease of Laverstoke Mill further along the River Test, there had been a mill at Laverstoke since the mid C15th but now Henri turned it into one of the most successful paper mills in the country. Henri was by now producing commercial paper of all sorts, increasing the quality all the time.

When William Cobbett passed by the mill in the early part of the C19th he made comment on the effect that the paper produced at the mill of ‘Squire Portal’ had on the world economy but he did not seem to be terribly enamoured by the Portal in charge of the mill at the time….. 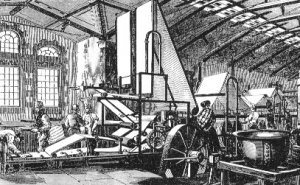 In 1724 he gained a contract to make paper for Bank of England notes. Henri Portal’s contract were of plain paper, without watermarking. Those from the Laverstoke mill had a watermark border of a loop pattern running around the edges of the sheets, and ever since 1725 the Bank of England notes have been watermarked. This contract continued until the company was acquired by De La Rue in 1995.The business had been handed down from father to son for almost 250 years.  Henry Portal died on 30 September 1747 and was buried in Whitchurch Parish Church.