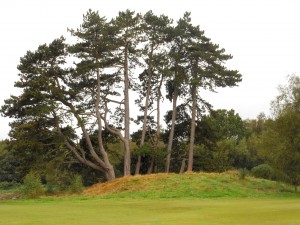 Walking out, in the early morning, onto the Heath at Petersfield and this ancient burial site seems as much a living and dynamic part of the landscape as when it was created 3000 years ago.

The chalk escarpment of the South Downs can be seen a few miles to the south, on which fortresses and encampments of a simlar period exist but here in what would have been a low lying marshy landscape, Bronze Age settlers buried their dead.

This was a large cemetery and similar with the type of burial patterns seen close to stonehenge and Avebury but without evidence of the attendant henge structure.

There are at least 21 barrow mounds, that vary in form but are mostly bowl barrows, although they are three saucer barrows, two disc barrows and a bell barrow. 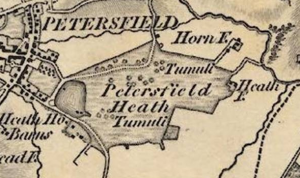 An ordnance survey map of 1810, suggests that originally this cemetery was much larger but many of the barrows have been destroyed by modern housing. If this is the case it makes the Petersfield Heath Groups, as they are known one of the most significantly important Bronze Age burial sites in the South of England. 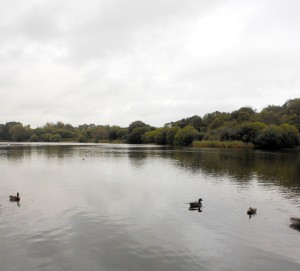 Very little work has been done to survey the site but a new project is being planned that will extensively examine the site using geophysical and aerial photography technology that will geolocate the position of the barrows precisely.