Contagious diseases spread rapidly in communities and in order to try and exert some control, pest houses were established 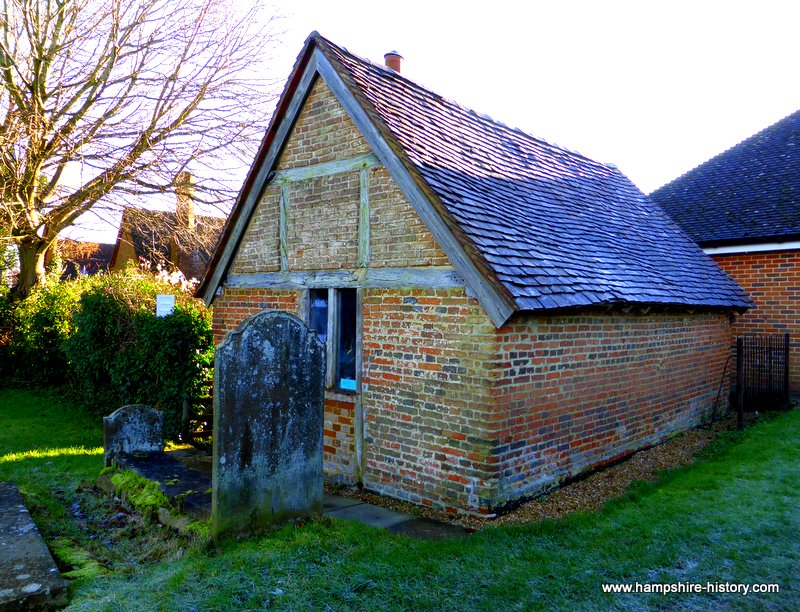 The Odiham pest house, which dates from the early 1620’s is unusual in that it was built in the south west corner of the churchyard of All Saints Odiham. Pest houses, or plague houses as they are sometimes referred to, were usually built away from communities on the outskirts of towns, to try and isolate the disease. The Odiham pest house may well have been used by those recovering to enable them to go to the church and give thanks for their recovery or maybe their preparation for burial, who knows?

The Odiham pest house is a rare survivor, most early ones have been pulled down to be replaced by larger purpose built houses. Some of these became cottage hospitals. To the side some old alms houses were also built.

The Odiham pest house is a single cell dwelling, with a fireplace and chimney. The pest would not have been just the plague, there were many other contagious diseases that, without control, could wipe out a small community, diseases such as smallpox and tuberculosis were either fatal or left the sufferer with very poor health and disfigurement.

Did it bring comfort having the church so close when feeling so unwell or did the gravestones, within touching distance, bode ill?

The chimney of the tiny cottage, seems to dwarf the entire structure. In about 1781 the Odiham pest house reverted to a dwelling house when a new pest house was built at nearby Colt Hill. A Heritage centre now occupies the space and can be visited 10am – 5pm at the weekends.

For other intriguing history nearby, visit Odiham Castle in its tranquil setting or just take a wander into the town, where the Georgian facades mask older Medieval cores.