If only the walls of Odiham Castle could talk…

One has to work hard to find the delightfully intriguing ‘Odiham Castle’ which is in fact in North Warnborough. It nestles in deeply alongside the Basingstoke Canal and in the cleft of a bend on the River Whitewater. The walk through the two fords and across the meadow set the scene magnificently for the intriguing history that the castle holds. 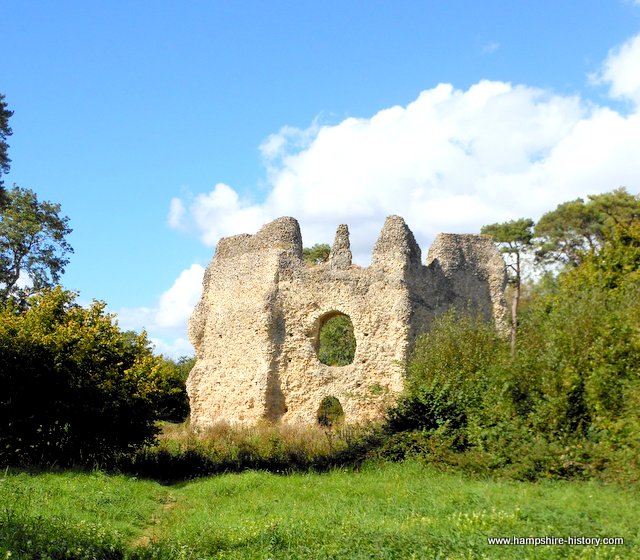 The castle was built between 1207 and 1212 for King John, although there is some discrepancy about the exact dates. The purpose for which the castle was built is also a little uncertain, it was one of only three fortresses built by John and was said to be one of his favourites, although it seems he visited it often but not for long. It is thought that it was a fortified hunting lodge.

Odiham Castle has an interesting design

Its design was certainly unusual, the great thick walls are made up almost entirely of flint, which would have been clad in dressed stone, with narrow brick arches on some of the openings. The octagonal keep, which is all that remains, is the only one of its type in Britain. The keep was surrounded by a moat and ditch arrangement and evidence of an array of outer buildings exist. It was a formidable fortress for the Plantagenet kings to occupy. Standing inside the keep, the holes that would have carried the floor joists are clearly visible, the floor having a radiating pattern like a spooked wheel, its inside walls were highly decorated, the whole must have been a strikingly handsome castle. Evidence of gardens have been found, although these were probably of a later date and could be part of changes made by Eleanor during her time in residence. 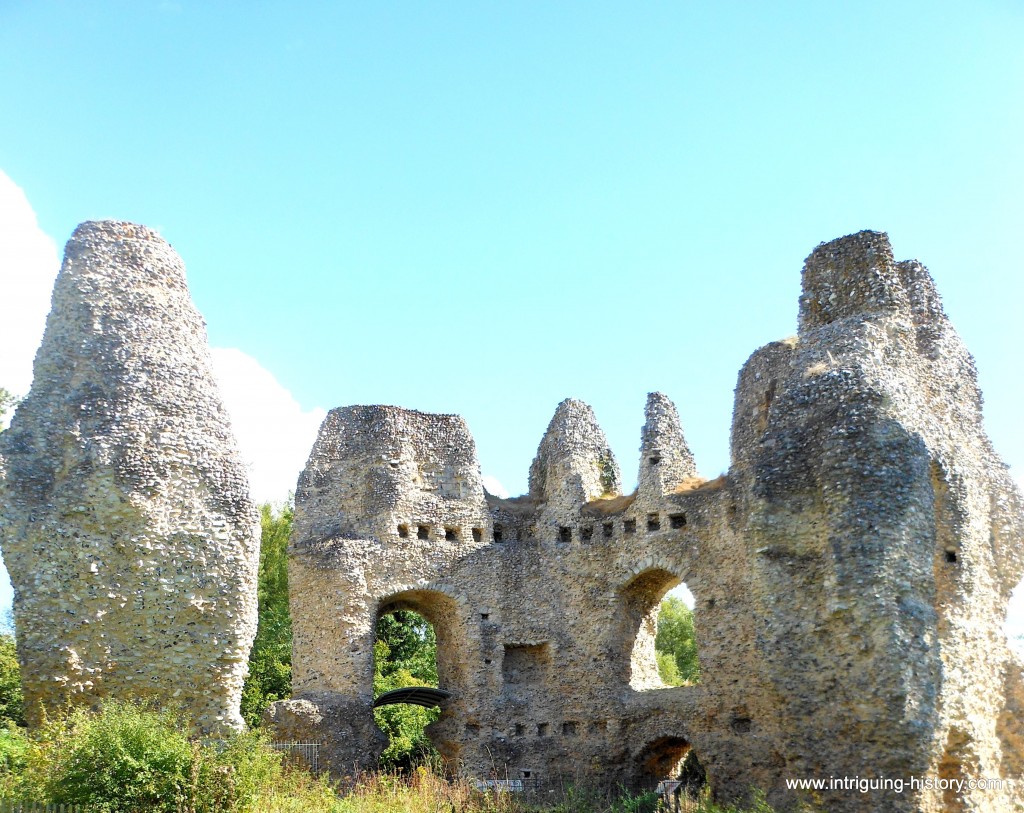 In early 1215, the barons were busy writing down their demands in a charter, which they were pressing John to seal. Later in the same year he finally set his royal seal on the ‘Great Charter’ at Runneymeade and Odiham has been suggested as one of the possible places from where he set out to meet the barons but the castle at Windsor seems a more probable place. Peace settled for about a month but King John’s troubled reign continued. During the years of 1215 and 1216, when John undertook his almost maniacal ravaging of the north of the country, as he tried to control the barons, who were revolting against him and his demands, he brought a force of 7,000 frenchmen to the door of England and eventually Odiham. The barons were desperate to defeat King John and had called upon King Phillip II of France to send an army to support them. His son, Prince Louis seized the opportunity and landed in Kent with a force of 140 knights and 7,000 men and set about a rout of King Johns fortifications. John, as so often, fled to Winchester, Louis followed and despite fighting hard Winchester fell to Louis with King John making his escape. Prince Louis turned his attention to the small garrison at Odiham, manned by just three knights and ten men, they held out against the french force for a week and then the brave defenders of Odiham were allowed to walk out with full honours and dignity. 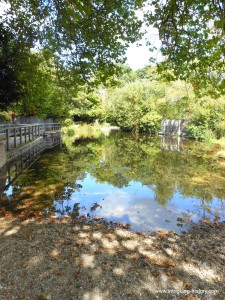 Odiham’s dalliance with the Plantagenet kings and queens did not end with John though. On John’s death the castle passed to his son Henry III and in 1244, to Eleanor, sister of Henry II, as a gift on her marriage to William Marshall. When he died, Eleanor married Simon de Montfort, erstwhile supporter and leader of the barons in the second barons war. It was from Odiham in 1265 that Simon and his son set out for the Battle of Evesham, where Simon was killed, Eleanor was sent into exile never to return to Odiham. Eleanor had run Odiham as her domestic home and the couple were well loved for their generosity to the local people as can be witnessed in the documents that exist for the castle from this period. During the period of Edward II’s reign, the castle was owned by a rebellious baron, Robert le Ewer and was taken by force from him by King Edward II. Edward III and his wife Philipa renovated the castle and enjoyed its grounds, the garden was certainly extended then. King David II of Scotland was incarcerated in the castle for several years as he awaited his fate but then began its gentle decline, Winchester fell away in importance and London grew and so its fate was sealed. Odiham still has a magical quality about it and with imagination it is easy to see it as it once was, a strong fortification across whose threshold some of the most important players in Plantagenet history trod