Vice Admiral Horatio Lord Nelson made his last walk on English soil surrounded by those who loved and admired him.

Lord Nelson had become the hero and protector of the English people. He gave hope and courage to the people of Portsmouth and surrounds who had been living under the threat of a French invasion after Napoleon reneged on the peace that had been negotiated in 1802. By 1804 it was clear that Napoleon was intent on taking complete control of the whole of Europe. He made clear his intention to invade England by massing his army at Boulogne, Mortello towers were built along the south coast and Nelson was ordered back to sea.

So it was that on the evening of 13th September 1805, that Nelson departed from his house in Merton in Surrey, having embraced his beloved mistress Emma Hamilton goodbye, climbed into a post chaise and traveled overnight to Portsmouth. On the morning of September 14th 1805, Lord Nelson arrived in Portsmouth, entering the city through the Landport Gate. He arrived in time for breakfast which he took at the George Hotel (alas no longer there). A huge crowd had gathered to see Nelson. It was a time of huge fear and anxiety for the population on the south coast, the threat from Napoleon was real and the country stood ready for action. Lord Nelson was the man who would secure their safety and he was loved and admired for his leadership. 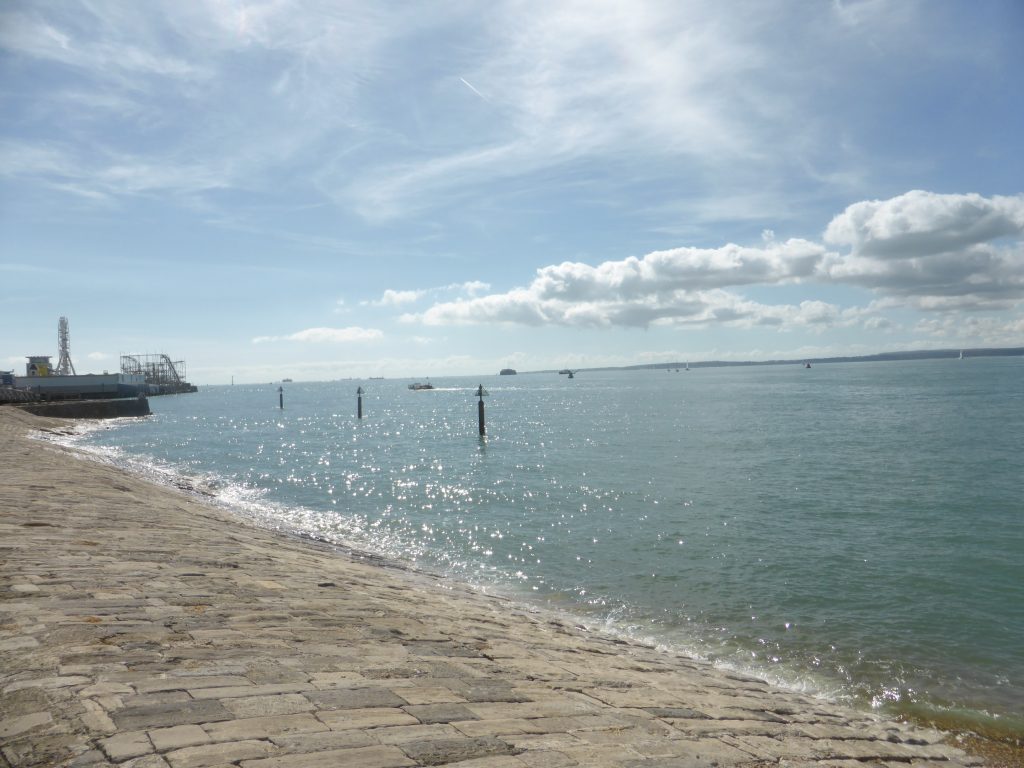 As Lord Nelson finished his breakfast he would have walked the relatively short distance toe strove to avoid the attentions of the crowd but it was a pointless exercise, men fell onto their knees offering prayers and tears as he passed by. 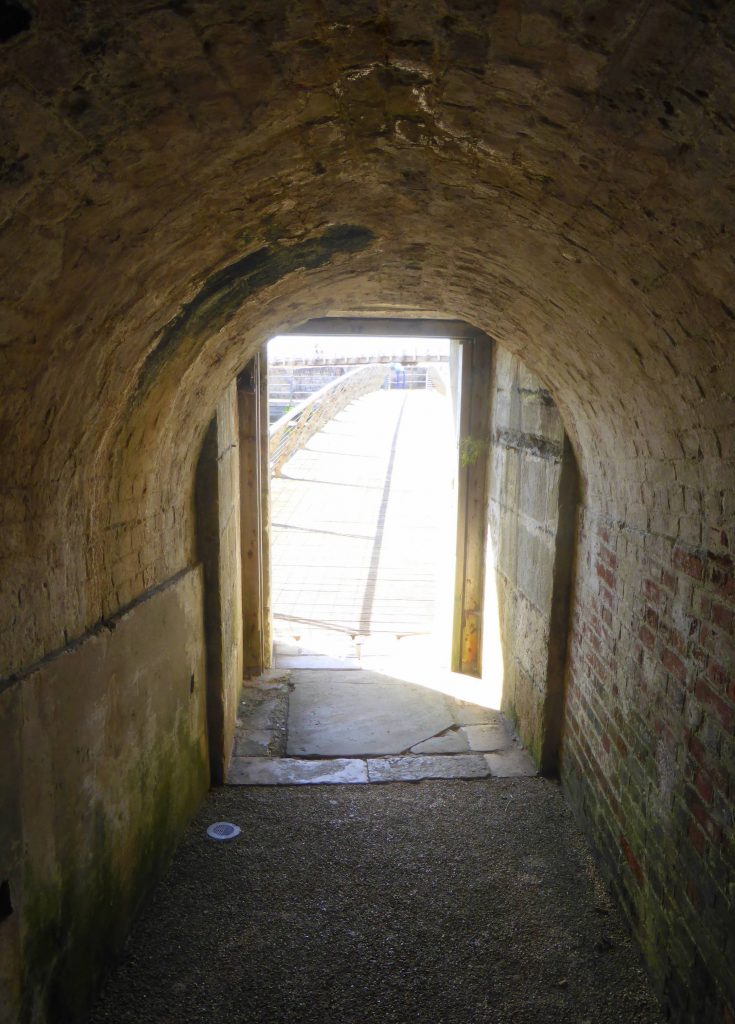 His exact passage to the beach where he would board the barge to take him out to HMS Victory was probably past the Garrison church and the Governor’s house, through the tunnel under King’s Bastion and over the narrow wooden drawbridge which leads to Spur Redoubt and the beach. 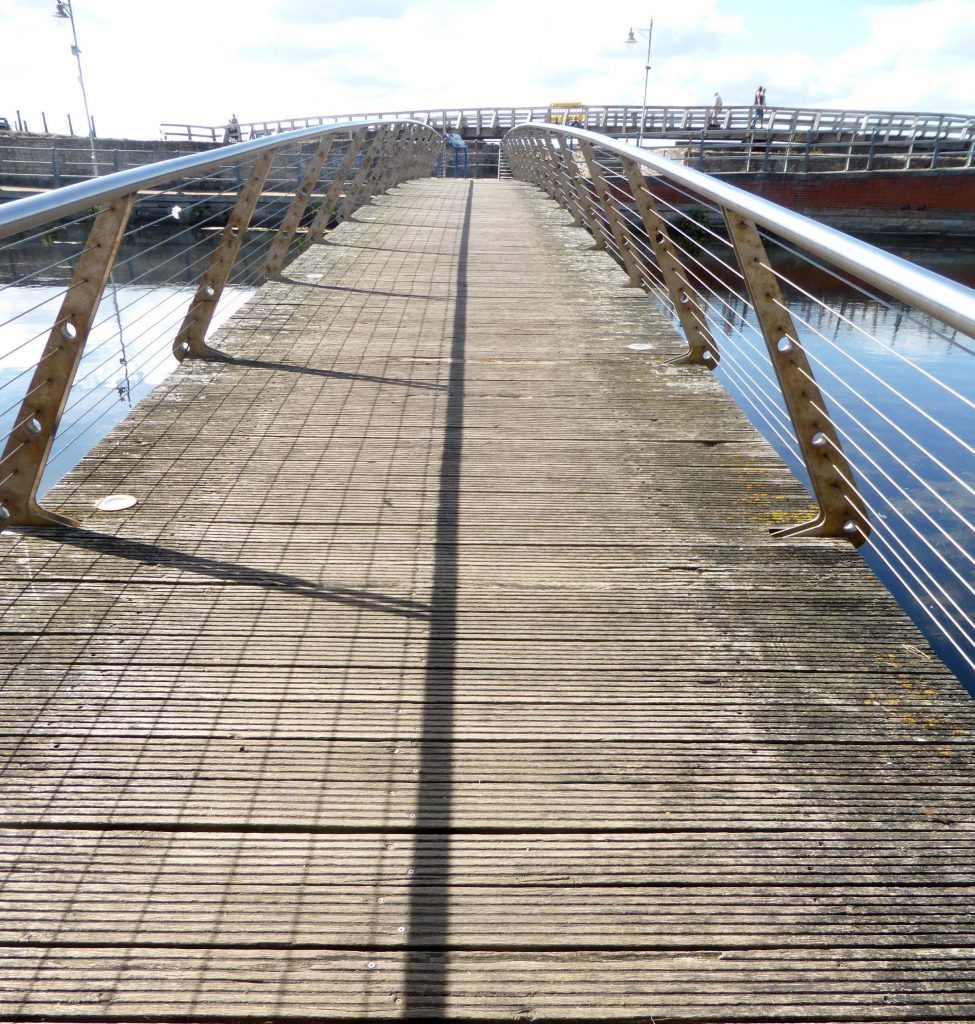 Modern replacement for the drawer-bridge that Nelson crossed.

There is an account that in order to try and avoid the crowds he boarded his boat at the bathing machines instead of the usual place, however whatever he did, he could not avoid those who had gathered to see him depart. He stepped upon his barge to three massive cheers to which he lifted his hat and turning to his friend, Captain Hardy said;

“I had their huzzas before, I have their hearts now, ”

Approval therefore had turned to a genuine love for the little Admiral. So as Lord Nelson stepped on board his barge, so ended his last steps on English soil.

Over a month passed before Nelson cornered his enemy off Cape Trafalgar outside Cadiz. Turning his ships at right angles he made the English ships less of a target and sliced through the opposition line, destroying two thirds of the enemy ships. How sad then that in his moment of victory, Nelson was shot dead by a snipers bullet on board HMS Victory. The nation were devastated by the loss of their hero and he was given a state funeral by a people who so loved and respected him. 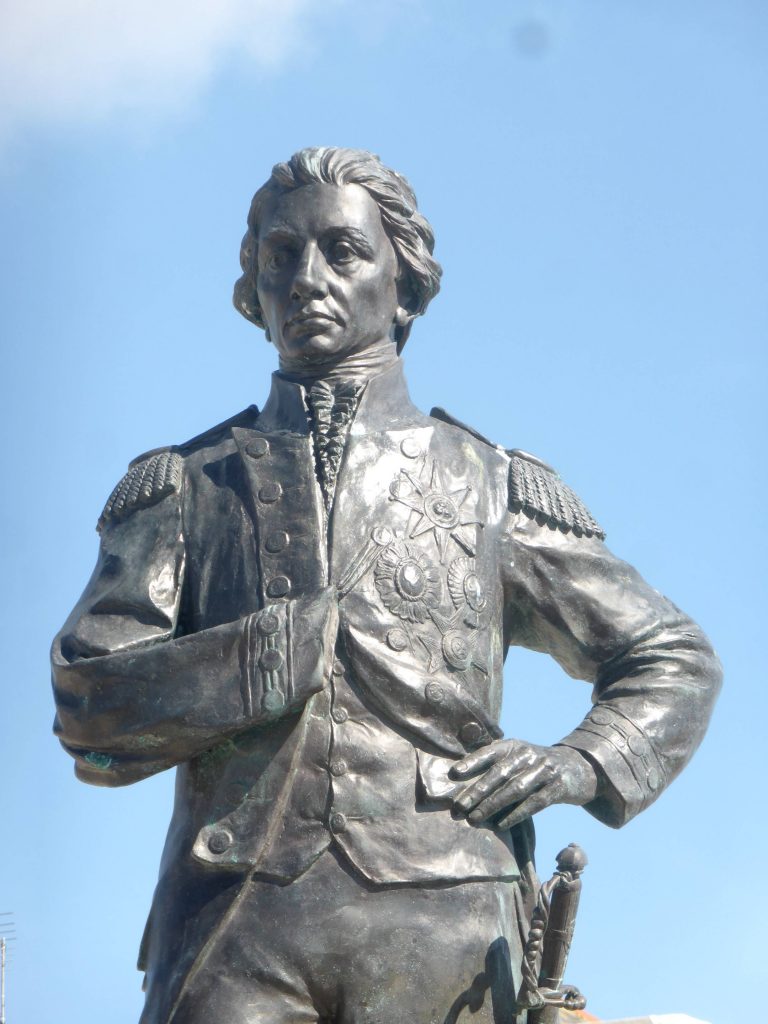 So Nelson’s last walk on English soil was to be on the beach at Portsmouth and he is remembered here by a lovely statue in Grand Parade, alongside the old Garrison church. Alas he’s not quite able to see the sea, you can read more about his statue on the Memorials of Portsmouth site and the debate about its current position.

If you cast your eyes northwards, Nelson has another memorial from which he is able to survey the whole of the Solent. So it was that Vice Admiral Horatio Lord Nelson departed the shores of England, Nelsons last walk on English soil took place in Hampshire.