Find out more about Hambledon history, what is the story behind the stone at Cams Hill, known locally as the murder stone?

On a fine summer’s day, in the late afternoon, of Wednesday 21st August 1782, James Stares made his way down Cams Hill, Hambledon to visit the New Inn, where he had an appointment with a man who owed him money. The two duly met up and the money was handed over. James spent the rest of the evening in the pub enjoying a drink with his friends, until at 11.30 he decided it was time to go home.

All of his activities had been watched by JohnTaylor, a blacksmith from Hoe Cross, who ran his mother’s smithy business for her. He had watched Stares pocket the money he was owed and continued to bide his time, until he saw Stares was preparing to go. Dressed in a round necked frock and carrying a mop handle to act as a walking stick Taylor offered to walk part of the way home with him and the two set off. 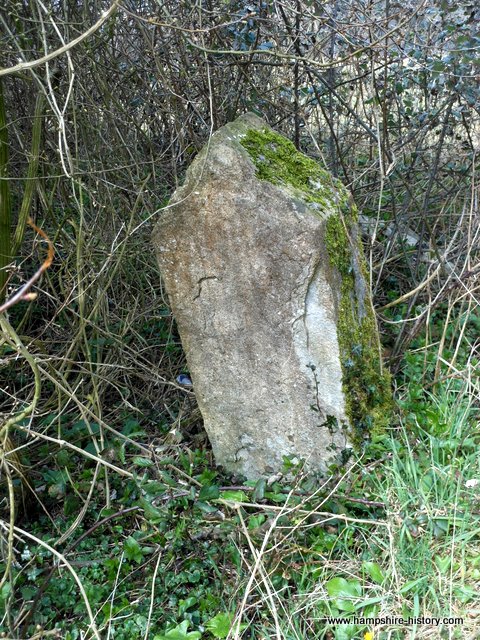 The next morning the body of James Stares was found, battered, his throat cut, lying at the side of the road. Beside the body lay the mop handle, split into fragments by the force of the attack upon the body. Stares face was covered in cuts and bruises, a wound from ear to ear, as well as another wound from his chin downwards were apparent. It had been a brutal attack.

John Taylor was immediately brought into custody, his fear and trembling apparently showing his guilt. He was asked for the frock that he had been wearing on the previous night but denied all knowledge of owning such a frock. A search of his house found the garment pushed behind the forge in the blacksmith shop, it was caked in blood and had been smeared with dirt to hide the evidence. Still Taylor denied it was his. His mother was then sworn in and she identified the frock as her sons. He was asked to put it on and others who had witnessed him wearing it the previous evening swore he had worn it.

John Taylor had stolen James Stares purse of money, the buckles from his shoes and the buttons off his sleeves.

But was it Nicholas or James Stares from Soberton?

As with so many stories, the telling of it changes over time but contemporary newspaper articles are helpful in sorting out the facts. A reader contacted us about our original article in which we had called James, Nicholas, based on a piece written in an C18th journal. They were able to correct our mistake based on their own family history research and we are grateful for that. We had queried the forename since the burial entry for the 23rd August 1782 St Peter’s Church Soberton, is for a James Stares.

John Taylor was ordered to appear at the next assizes where he was condemned to death and executed.

Oh and the Murder Stone…

It is thought that the stone was erected possibly as a memorial to James Stares or to serve as a timely reminder to others. Although there is no inscription now, there once was and it began:

Almost 250 years on, it surely does that and gives an insight into Hambledon history.