February 4, 2016 / HLB / Comments Off on Medieval Shoes in Selborne

The Medieval shoe in discussion is the one with excessively long pointed toes. They are called ‘Poulaines’ meaning ‘shoes in the Polish fashion’ since they were thought to have been fashionable in Krakow in the 15th century. The Poulaine refers to the over extended toe of the shoe.

So what is the connection to Selborne in Hampshire?

In search of Medieval graffiti, the church of St Mary’s in Selborne has a number of interesting inscriptions but the most poignant is that of a Medieval shoe. Matthew Champion’s book on Medieval graffiti, the lost voices of England’s churches, suggests that shoe or foot graffiti may suggest pilgrimage and at the big pilgrimage sites such as Canterbury Cathedral, there are hundreds. It does not however explain such isolated inscriptions of shoes. If it was left on pilgrimage you’d expect to see many shoes, so the jury is out on this one for the time being.

The Museum of London have an example of a shoe that looks remarkably like our Selborne inscription, right down to the cross stitching on the sole, quite incredible really.

In Hampshire, this is the only one thus far spotted but we have a long way to go. Indeed, it took the knowledge of Medieval ‘graffitiologists’ to identify what it was I was looking at. 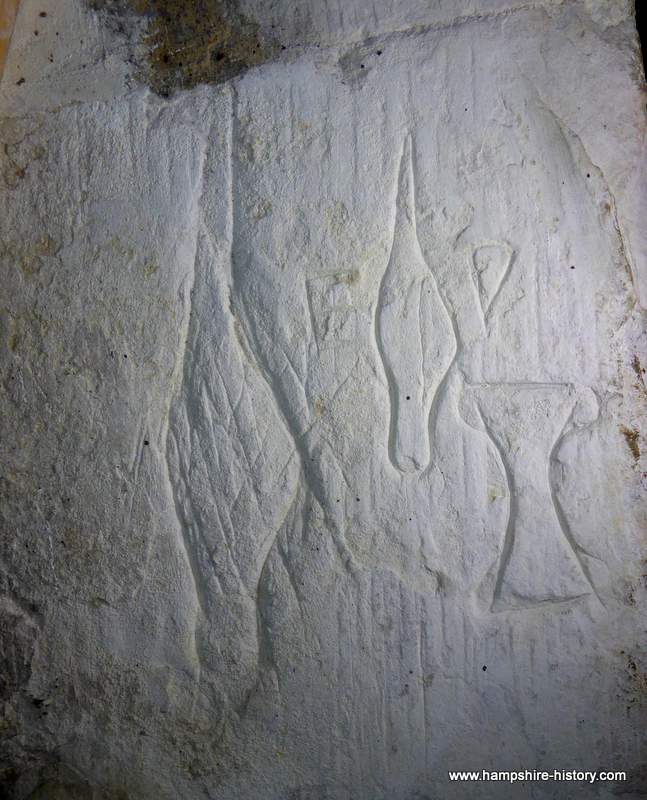 Two shoes, a chalice and initials.

The history behind the Poulaine shoe

The pointed toe shoe was popular across Europe from the C12th to the late C15th. As with all fashions, it became exaggerated in its form  and its popularity waxed and waned. The higher the status of the person, the longer the toe. Women and men both wore the shoe but the men’s shoe had the longer toe. There was also the possibility that wearers didn’t overstep the mark about length of toe, the idea that a lord couldn’t have longer toes than say a prince. The toe was kept rigid by stuffing it with packing. The Museum of London have examples of shoes stuffed with moss. 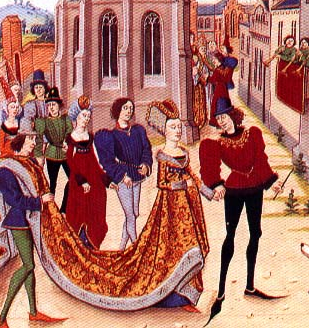 There are two of them, one larger than the other and they are alongside what appears to be a chalice. The larger shoe shows the cross stitching. As with all things in history, it is the small detail that captures the imagination.