The Royal Forest of Woolmer

A little known area of Hampshire that was once a Medieval royal hunting forest. It lies near Liphook and the Sussex border and like all the hunting forests, would once have been a mainly open and treeless landscape. The open heath land would have been home to a herds of deer and it has been recorded that a herd of red deer could be seen here. King John and King Edward I were also reported to hunt here with King Edward building himself a hunting lodge.

Outside of the New Forest it is one of the most important areas of heath land in southern Britain and the only place that’s home to every native species of reptile and amphibian in the country.

Scattered about the forest are areas of common land such as Bramshott Common.

Stands of birch, oak and pine have appeared where previously there were none. Gilbert White described the forest that was on the doorstep of his home in Selborne. 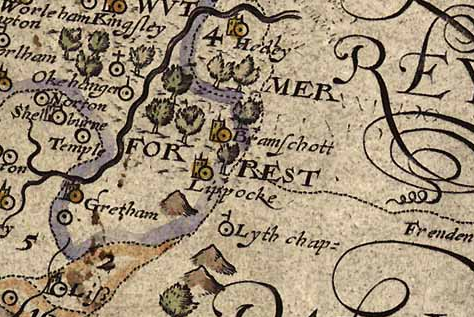 In the 18th century, Gilbert White set about writing his wonderful tome, ‘The Natural History of Selborne’. Included in this series of letters and note are observations of Woolmer Forest. It offers the opportunity to look at land use within the royal forest nearly three hundred years ago. He begins to describe it thus;

‘As the parish (Selborne) inclines down towards Woolmer Forest at the junction of the clays and sand, the soil becomes a wet sandy loam, remarkable for timber and infamous for roads.’

The timber was used for ships of the Royal Navy but were found on the higher ground at Temple and Blackmoor, apparently trees growing on the leaner soils were not as good.

White describes it as being seven miles in length and two and a half wide.

‘This royalty consists entirely of sand covered with heath and fern but it is somewhat diversified with hills and dales, without having one standing tree in the whole extent’

He talks of the bogs and alludes to subterraneous trees being found in them, fossilized trees. He says that cottages in the area were built using very dark, bog oak timbers. He also says that the peat has been so deeply cut that none of the timber now remains.

Gilbert also writes about the great herd of red deer that once occupied the Royal Forest of Woolmer but have been decimated by the Waltham Blacks, the band of anarchist poachers who roamed the Hampshire woodlands.

‘The red deer which towards the beginning of this century amounted to about five hundred head and made a stately appearance….but the Waltham blacks, reduced this to about fifty head’

What is fascinating that he goes on to recount that His Highness sent down an huntsman and six yeoman – prickers, in scarlet jackets laced with gold, attended by the stag hounds, ordering them to take every deer in this forest alive and to convey them in carts to Windsor. It must have been an impressive sight.

‘I saw myself one of the yeoman-pickers single out a stag from the herd and must confess, it was the most curious feat of activity I ever beheld….when the devoted deer was separated from his companions, they gave him, by their watches, law, as they called it, for twenty minutes; when sounding their horns, the stop dogs were permitted to pursue and a most gallant scene ensued’ 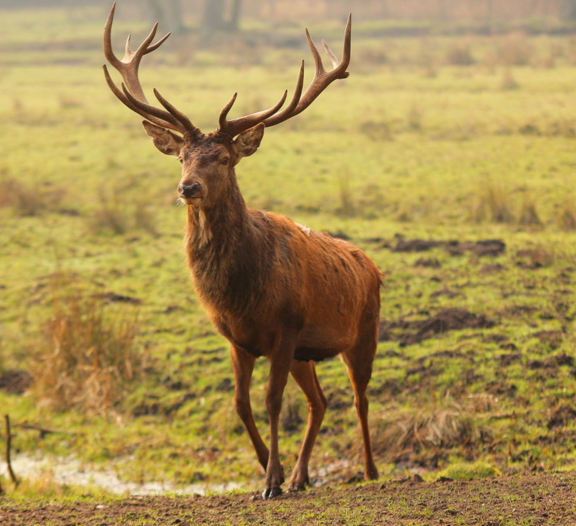 Queen Anne in 1710, admired the herd of deer 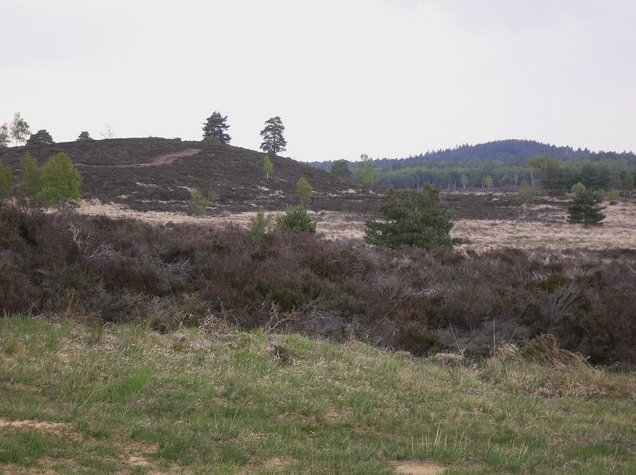 The Queen’s Bank in Woolmer Forest

© Copyright Shazz and licensed for reuse under thisCreative Commons Licence

Queen Anne as she was travelling on the Portsmouth road in 1710, stopped and sat upon an especially prepared bank, now known as the Queen’s Bank and from this vantage point saw, the whole herd of deer brought by the keepers along the vale for her to admire. It must have been thought of as a very important herd to warrant such a stop. 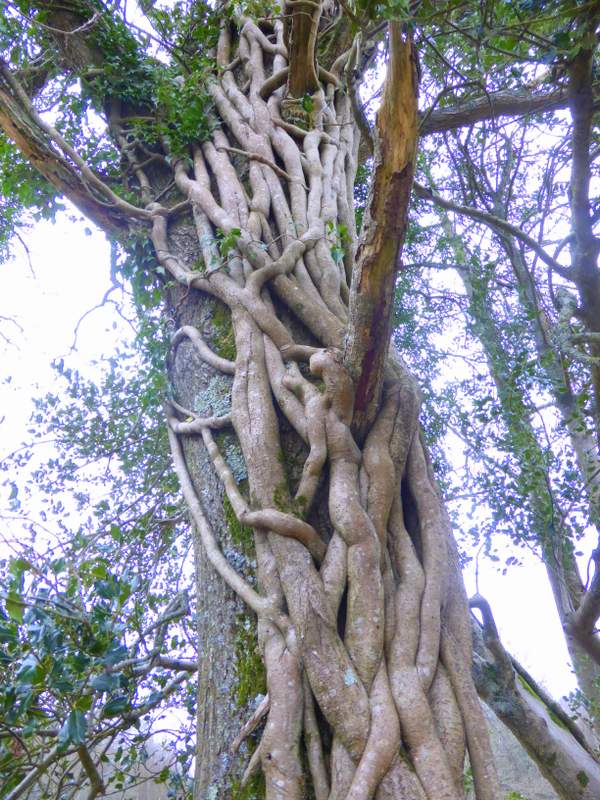 The area of Woolmer Forest has been occupied by man since the stone ages. Various tools have been found in the area. During the Bronze Age the area seems to have become a very important site. The number and placement of barrows suggests that it might have been a high status burial site. Not far away, at the Heath in Petersfield, another important cluster of burials can be found, maybe the two were in some way linked?

There is a Woolmer Forest Heritage Society which has an excellent overview of the long history of the forest.

The timber in the forest was under constant threat as first Bronze Age man felled it and then the Romans built a road through it and set up kilns to produce pottery. As the trees were removed, heath land dominated the poor soils and the landscape gradually changed.

The Royal Forest of Woolmer and the Alice Holt Forest

The two forests were separated by only a narrow margin of enclosures and during Medieval times the two were jointly administered. However the geology determined that the loams on which the Alice Holt stood produced magnificent stands of oak, ideal for ship building and therefore an immensely valuable resource.

Although little is known of how the Saxons occupied the landscape of Woolmer, they have left evidence of their presence in the names in the area. Woolmer has evolved out of Wulfamere which means wolves’ pool. If there were wolves in the forest in Saxon times then this suggests that trees must have regrown within the forest. Kingsley, close by means quite literally, the King’s clearing. This refers to the clear land between the two royal forests 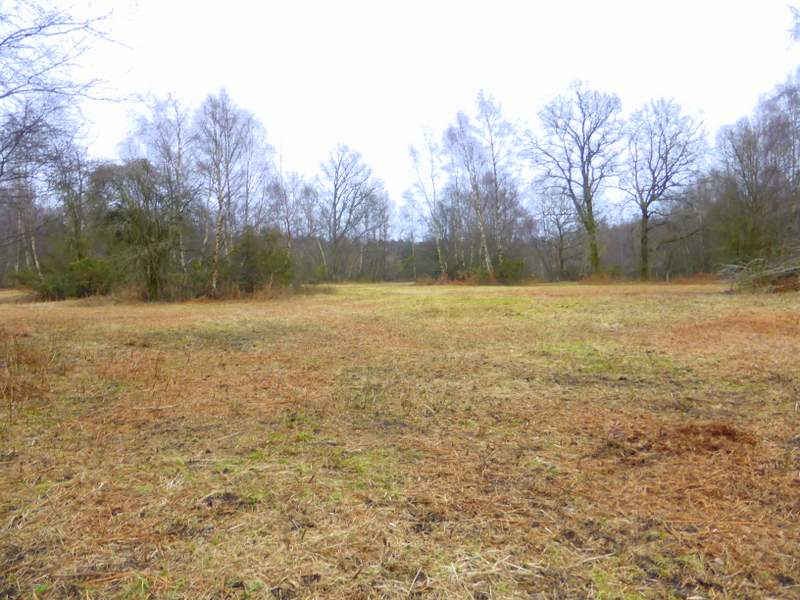 , that of Woolmer and Alice Holt.