Medieval floor tiles pop up in many Hampshire churches, with the greatest display in Winchester Cathedral, where there are an amazing number of different designs.

Hampshire and the neighbouring county of Berkshire are rich in fine clays and pottery kilns have been discovered around the country, quite often close to sites of iron working, similar skills and resources being used. 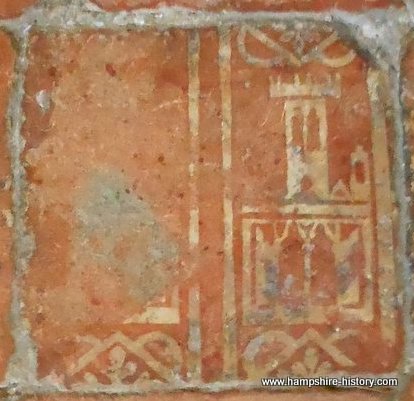 Tile makers were skilled craftsmen in Medieval England and would travel around the county making tiles for cathedrals, churches and abbeys. As in all things, different periods of manufacture brought about differences in the clays used, the techniques and the patterns drawn but in essence, all inlaid or encaustic tiles are produced by the same technique. 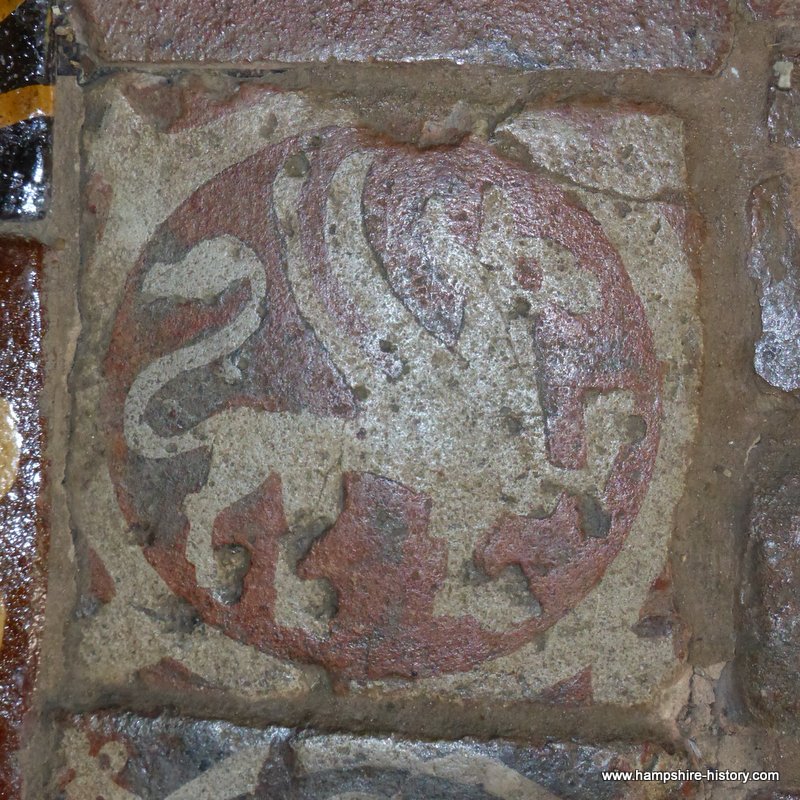 The raw clay was cleaned of larger stones and detritus and washed thoroughly before being pugged. It was then weighed and that portion thrown into a wooden mould. Beech wood was then carved with the desired pattern and these carved stamps were then firmly pressed into the clay. At the same time a number of keyholes were pressed into the back of the tile, to help drying and to provide a key for the mortar. The whole done on hessian sacking to ensure the tiles come away cleanly.

A white slip clay was then poured into the design, allowed to harden off and then cut back to reveal the full crisp design. A glaze was then added to give a warm highly polished surface. Beer was often added to the glaze to give it its warm brown colour. The glaze gave protection to the soft clay below  and also helped to reflect light.

The tiles were then fired in a wood burning kiln. 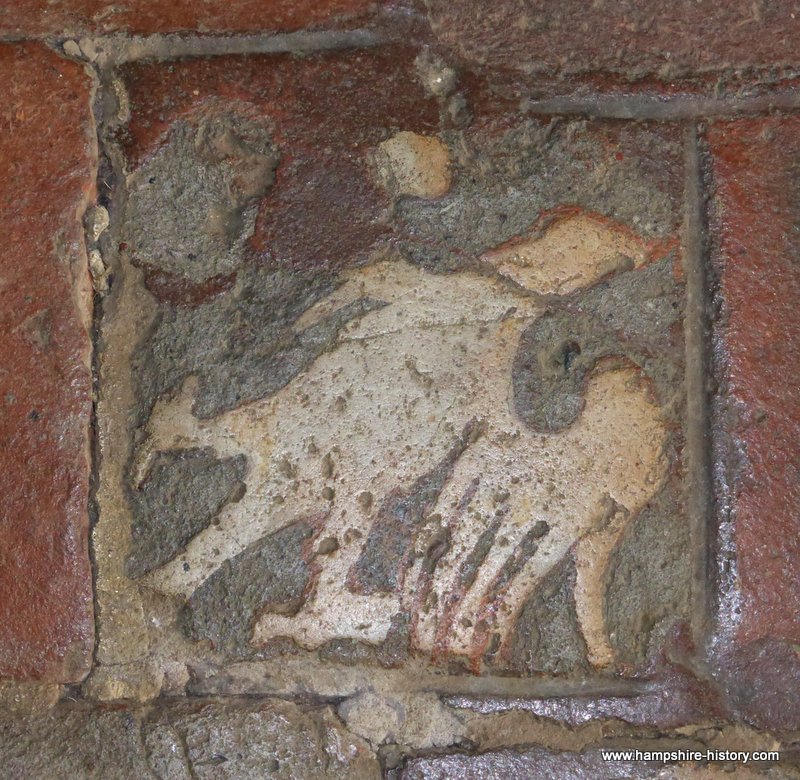 Where did the clay come from?

There were many pottery and tile kilns in Hampshire. Significant kilns have been identified at Highclere, Andover and Petersfield. Winchester Cathedral records some of its C14th tiles as being made at nearby Otterbourne. Earlier ones are made from a clay presumed to come from the Reading Beds.

There are so many to explore, some with the same pattern but small variations in detail, showing the hand of the tile maker 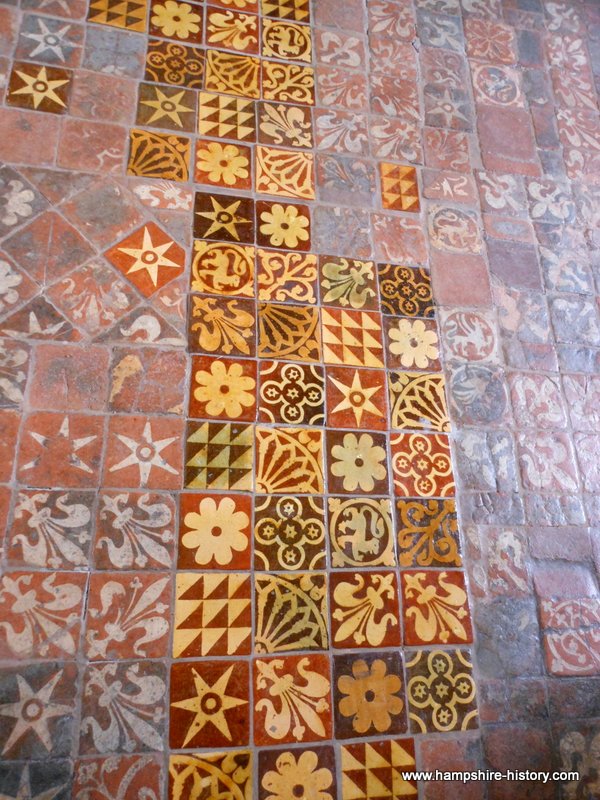 There are many places to see Medieval tiles in Hampshire, here are just a few favourites

See the rare fish at St Leonards church Hartley Mauditt, there are two rows of tiles in the chancel floor

In the sanctuary floor at St Thomas a Beckett Warblington

Amongst the crusader headstones, on the south altar dias at St Mary’s Selborne