A mighty Bishop of Winchester, the King of England and a clutch of courtiers, make the history of Marwell Hall an intriguing one.

Bishop Gardiner of Winchester was a hugely influential Bishop, whose work became invaluable to King Henry VIII. He was however a thorough opponent of the Reformation from a doctrinal point of view. After the King’s death, when Edward VI took the crown,  he was in complete opposition to decisions being made by the King’s advisors in both ecclesiastical and civil matters. His opposition set him against Cranmer and his project of a general visitation. He was imprisoned in the Tower of London and unable to oppose the process of Reformation as further manors were stripped from Winchester including the manors of Marwell, close to Owslebury and Twyford which were seized to give to Sir Henry Seymour. 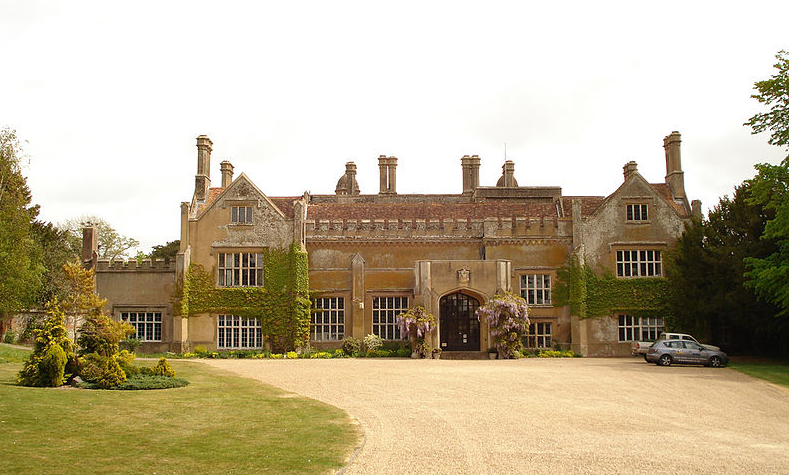 Who was Sir Henry Seymour?

A man who was very good at keeping his head. Surrounded by an illustrious family, his sister Elizabeth was married to Thomas Cromwell, his sister Jane to King Henry VIII, his brother Edward Lord Protector under Edward VI and his other brother Thomas, married King Henry VIII’s widow Catherine Parr, Henry himself was not considered to be made of the right stuff to become a courtier and was left to the ordinary life of a country gentleman, advanced by the power and favour of his elder brother to a knighthood. He became Sherrif of Hampshire 1568 – 1569 and was MP for Hampshire in 1547.

Marwell manor farm in the parish of Owslebury parish, stands on the site of a much older building, thought possibly to be an early royal house. This property was destroyed by fire in the C16th, probably after it was granted to Sir Henry Seymour,who already had a house in the adjoining manor of Marwell Woodlock.

Marwell Hall was built around 1320, quite possibly on the site of an earlier hall. This Medieval hall forms the core of the present building which has been almost entirely re-built in 1816 by the Long family. Parts of the old building remain, the Seymour crest can be found in the entrance hall along with the royal arms and the initials ER above a fireplace, thought to refer to King Edward VI.

Tradition asserts that the old house was the scene of a secret marriage between Henry VIII and Lady Jane Seymour in 1536 and given the state of chaos in the land at this time and the manipulation of the events of the day by the Seymour family it may well be true.

A story attached to Marwell Hall is that it was the scene for a tragedy. The bride to be of Lord Lovell was dancing on the night of her Christmas wedding, when, tired of dancing she urged her groom to play hide and seek. She sprang off and hid in a large old oak chest, whose spring lock closed on her. She was found years later with a sprig of mistletoe beside her. (There are many variations of the story)

This prompted Thomas Haynes Bayly (1823-1877) to write the Ballard “The Mistletoe Bough”.  See below a piece from an early silent movie about the story.

Marwell Hall can also lay claim to numerous ghosts, from Jane Seymour, to Ann Boleyn and of course the unfortunate bride and her guests tearing along the corridors.