On the south corner of the west front, just above head height is a carving on the stonework. The carving shows two hands, one pointing south the other north and a scattering of Latin text but in order to read it, you have to move the text up and down. 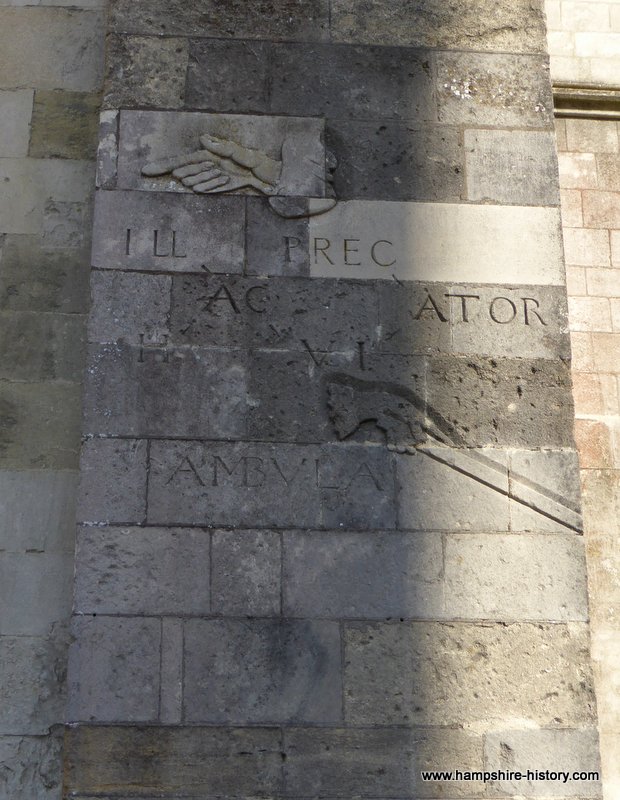 What was its purpose?

Bishop Curle, Bishop of Winchester between 1632 and 1647, was determined to set the cathedral in good ecclesiastical order following the period during Queen Elizabeth I’s reign, when he thought damage had been done to the fabric and spirituality of the cathedral. Part of this ‘repair’ was to prevent people from using the cathedral as a cut through to the Close. At that time the only way to access the Close was through the west door and out through the south transept.

He created a passageway called the Slype and the carved inscription served as a reminder to people not to cut through the cathedral.

Hence the carving but why the oddly laid out inscription, who can say? 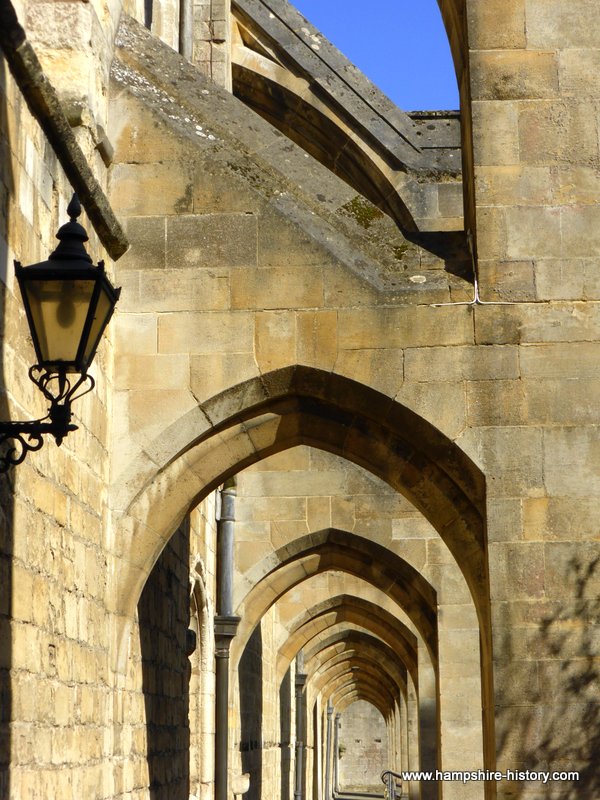