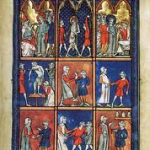 One of the hardest things to comprehend and visualize, when examining our past, is, how very different the landscape looked to how we perceive it today and Hampshire is no different to any other county in this respect.

Anglo Saxon Southern England was a far wetter environment, with marshlands, bogs and fens covering big swathes of the land. This made moving around and settling in parts of the countryside quite difficult and areas of wastelands and wildness persisted for a very long period. Despite this this, Anglo Saxons chose to settle on islands that rose out of the tidal marsh areas.  In such places, they were connected to waterways, which provided essential water for domestic use, communication and a food supply.
Water was critical to Anglo Saxon life and to its development, hence in Hampshire the establishment of settlement along the river valleys of the Meon, Itchen and Avon.

The marshes however brought unwelcome visitors in the form of mosquitoes and malaria was an illness the Anglo-Saxons were familiar with, particularly in Southern England, and especially around fenland or marshy brackish inlets.
Each season would have brought the burden of dealing with this debilitating disease, some years when warm conditions and high humidity prevailed the people would have struggled to plant crops and feed themselves.It brought death and suffering into the precarious lives of the settlers.

The Saxon Leech Book of Bald 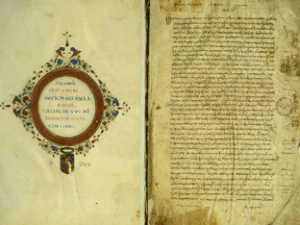 The oldest surviving English herbal manuscript is the Saxon Leech Book of Bald AD 900-950. Its wisdom formed out of an intimate knowledge of every plant and it contains references to febrile illnesses that are almost certain to be malaria. The book describes the fever and the recurring nature of the disease. It was known that the marsh and the incidences of ‘yellow fever’ were connected and this idea is revealed in some  Anglo Saxon writing, with the creation of monsters in marshes. Some of the language in ‘Beowulf alludes to this as well. St Cuthbert also claimed that the marshes were haunted by the ‘evil seed of Cain’.