And is, alas, poor Buckett gone? 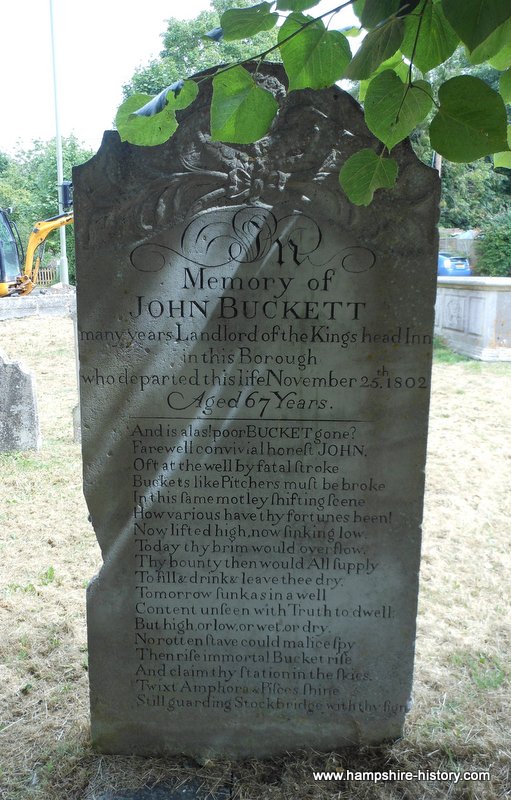 The headstone of the convivial John Buckett can be found in the church yard of Old St Peter’s Church in Stockbridge. John Buckett was many things to the market town of Stockbridge, bailiff and election Manager for Stockbridge, a rotten borough which returned two MPs for just 500 people. His notoriety reached as far as parliament when the borough was disfranchised.

He was remembered also for being a splendid  proprietor of the Kings Head in Stockbridge and the epitaph with its many references to vessels and liquid, is a clever little pun.

This author thought the King’s Head Inn in Stockbridge was where the Kings Head House in Stockbridge is but was wrong. The inn was situated in the centre of the High Street and was demolished for the building of the ‘Grosvenor Hotel’. With thanks for the correction. 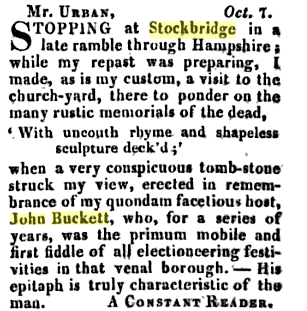 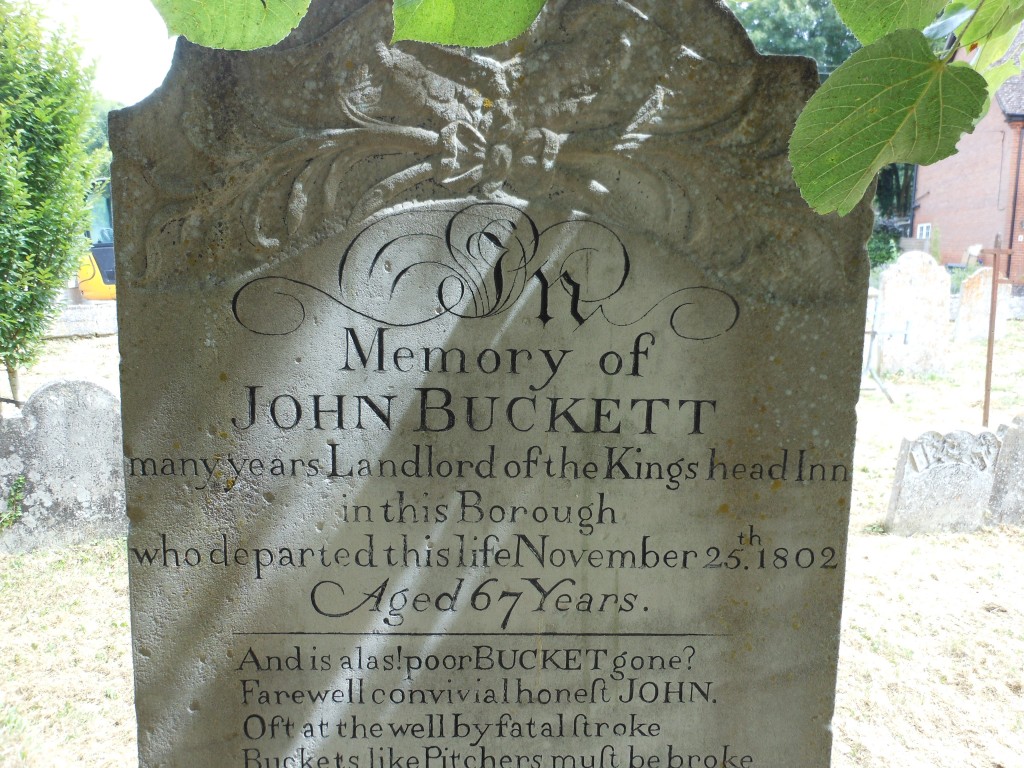