Steventon in Hampshire seems such an unlikely place to have delivered to the world one of our finest Georgian writers but a stroll down the lane from the church towards the site of the old rectory where Jane Austen was born, makes it entirely right.

Parts of Hampshire remain unchanged in character over hundreds of years.

The trees, old when Jane was born over two hundred years ago, still put out leaf each Spring and shade Church Walk, the uphill lane which Jane would have walked to her fathers church of St Nicholas. Jane Austen’s father, George Austen, was Rector of St Nicholas for forty years until he retired, even then he remained in place as an absentee Rector until he died in Bath in 1805. Jane’s brother James and his family took over the Rectory in 1801 when Jane and her parents moved to Bath. Another brother Henry also had the living for a short while. 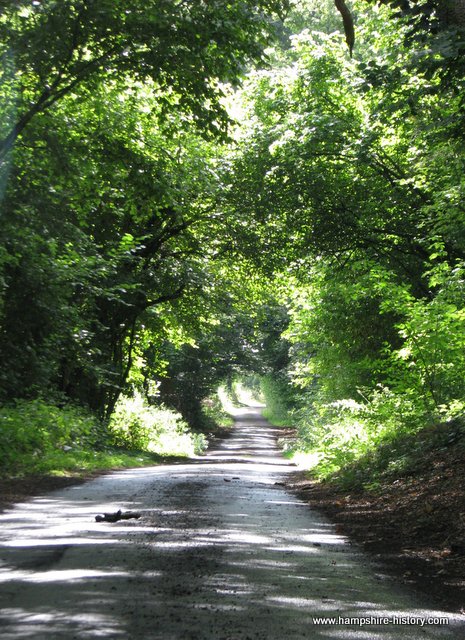 It doesn’t seem to matter that the rectory that Jane Austen was born in was demolished in the early C19th, when her brother Edward decided to build a new rectory for his son the Reverend William Knight in 1823. It takes little imagination when you peep through the hedges close to where the house once stood, to see Jane playing in the garden as a child or mulling over her writing, quill in hand. Here in Steventon in 2013 it all seems tantalizingly close and real. 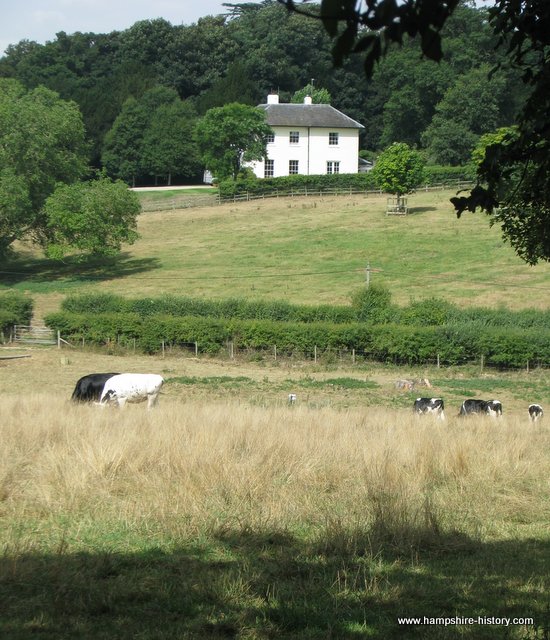 Site of the old rectory

The land behind the house rises quickly and with a careful eye, the terracing in the former rectory gardens can be discerned. It is easy to imagine summer evening perambulations Jane may have taken with stories filling her thoughts. On this patch of land were written the great novels ‘Northanger Abbey’, ‘Sense and Sensibilty’ and ‘Pride and Prejudice’. Turn back into the lane and walk up the rising ground and hear the chatter of the Austen family around you. For twenty five years Jane Austen was carried, toddled and made that walk from home to church. She observed the lives of the people around her in minute detail, they would, after all, provide the material for her work.

In the neighbouring villages of Ashe and Dean, where her father was also Rector, Jane Austen had friends and family. A pony and trap would have delivered them to nearby Ashe to visit Jane’s niece, Anna Austen Lefroy, who had lived at Steventon with them for two years. She was the daughter of Jane’s brother James.

The church of St Nicholas Steventon 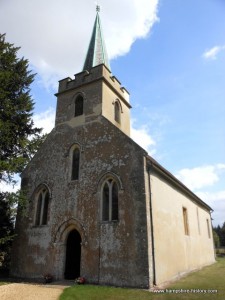 The church of St Nicholas has acquired a new spire since Jane and her family came here, the former spire was lost in a gale and not replaced in Jane’s time. The church is delightfully simple but alas her father’s pulpit and the font in which she was baptised have gone. The things that do remain were ancient even when Jane Austen was alive, the great yew in the churchyard, thought to be 900 years old, the mass dial scratched on the doorway maybe 700 years ago, a beautiful oak tree that would have been a young sapling as Jane walked past. Victorian restoration has added colour to the walls but the light airy interior remains structurally as when Jane sat here. Amongst memorials for the Austen family are those for the Digweeds, who lived in the manor house close by and would have been friends of theirs. 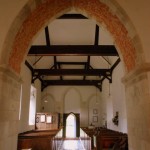 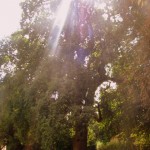 Old Oak by the church 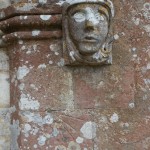 Mass Dial to the right of the doorway

Jane Austen had few adventures, she wrote about life as she saw and experienced it. She sought to write about what she knew and observed and she did so with perfection. Steventon gave birth to a novelist who captured the essence of a stratum of life in her contemporary world. The understated presentation of this beautiful corner of Hampshire delivers, for the Austen lover a tantalizing glimpse of her life. See Hampshire History posts about Jane Austen’s life in Chawton Hampshire and her death in Winchester in 1817. If you are planning a trip to Hampshire visit the Jane Austen House and Museum in Chawton, details of opening times can be found here.