Wherever you look in Hampshire, it appears each corner has a little of Jane Austen tucked away

Jane Austen, the C19th novelist, lived most of her life in Hampshire with her family in the village of Steventon where her father was rector but at each turn in Hampshire, it seems as if there is a shadow of Jane Austen. In a street behind the magnificent Winchester Cathedral, is the house in which Jane Austen died. 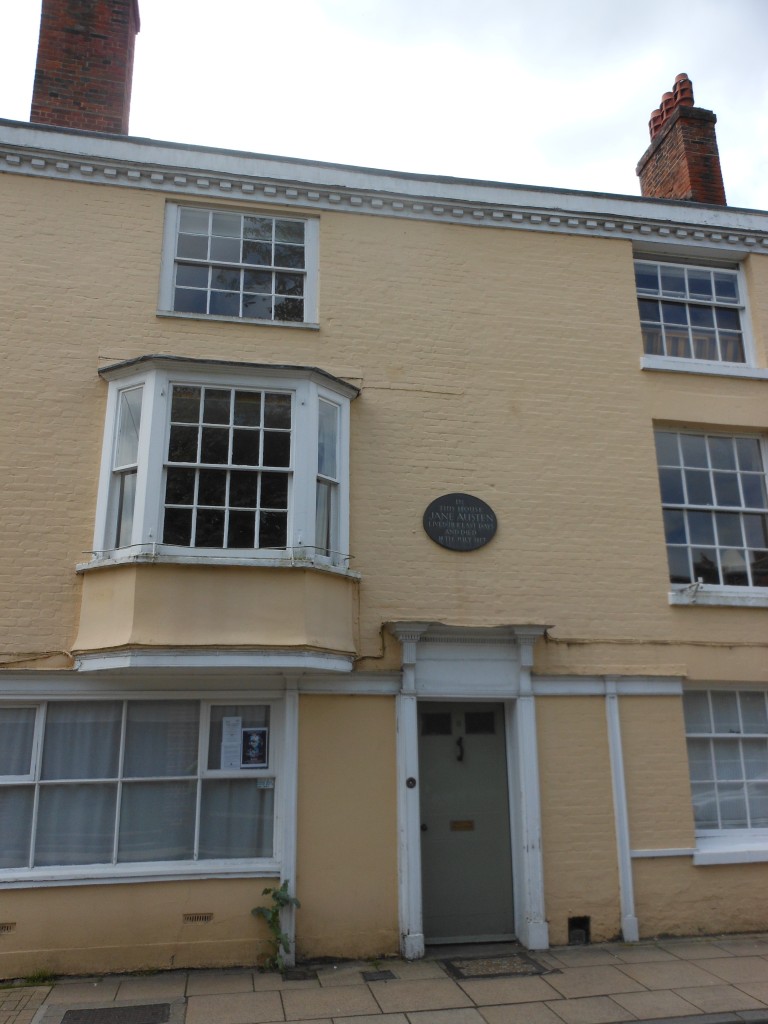 Jane Austen appears to have had a robust approach to illness

In her youth and throughout most of her adult life, Jane enjoyed good health and indeed, in her early novels such as ‘Love and Friendship’ seemed to be slightly scornful of her female contemporaries and  their emotionally indulgent fainting fits. 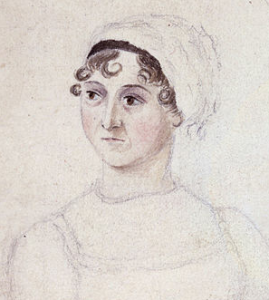 Jane Austen as drawn by her sister Cassandra

When Jane was in her late thirties however, she began to feel unwell, complaining of rheumatic pains and exhaustion. Her health continued to deteriorate with recurrent bouts of fever and bilious attacks, which frequently left her bedridden. She also noted herself of her perculiar discolouration of her skin.

“I am considerably better now and am recovering my looks a little, which have been bad enough, black and white and every wrong colour.”

The puzzle of Jane’s illness

There she was tended by her sister Cassandra, with her brothers, James and Henry constantly in attendance.

Sadly, as day was breaking on 18th July 1817, Jane Austen died, cradled in the arms of her sister.

The exact cause of her death has long been conjectured, with all sorts of possibilities being suggested, Addison’s disease, Lupus, Hodgkin’s disease and bovine tuberculosis. Recently however, crime author Lindsay Ashford, has suggested that Jane may have been suffering from arsenic poisoning.

Arsenic was widely given as a medicine in the early C19th, especially for the treatment of rheumatic pain, which Jane was suffering from. It might therefore be possible, that, over time, she had accumulated enough arsenic in her body to cause some of the symptons she was complaining of, in particular the skin discolouration.

If Jane were given arsenic as a treatment for her initial illness, it would not have been unusual at all. Arsenic was adrug of choice given by doctors and pharmacists throughout the C19th.

Two arsenic preparations have eponymous names. One was Donovan’s solution for dermatological use but the most famous was Fowler’s solution which was said to be a most convenient form for administration. Fowler’s solution was apparently a general cure-all in Victorian times.

In fact, in the 19th century, arsenic was a major component of the Materia Medica, being used both internally and externally, and was used as a general ‘cure all’.

“If a law were passed compelling physicians to confine themselves to two remedies only in their entire practice, arsenic would be my choice for one, opium for the other. With these two I believe one could do more than any two of the pharmacopoeia”.

Jane Austen was laid to rest in Winchester Cathedral, and the inscription on her gravestone reads:

In memory of Jane Austen, youngest daughter of the late Rev George Austen formerly rector of Steventon in this county.

She departed this life on 18th July 1871 aged 41 after a long illness supported with the patience and the hopes of a Christian.

“The benevolence of her heart,
the sweetness of her temper, and
the extraordinary endowments of her mind
obtained the regard of all who knew her, and
the warmest love of her intimate connections.

Their grief is in proportion to their affection
they know their loss to be irreparable
but in the deepest affliction that are consoled
by a firm though humble hope that her charity,
devotion, faith and purity have rendered
her soul acceptable in the sight of her
REDEEMER.” 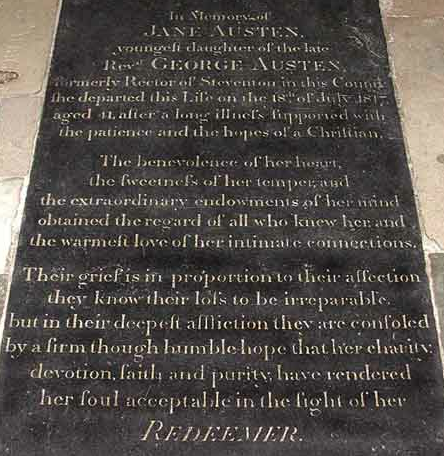