Is Hampshire unusual in having several monuments to dead horses? Several wonderful and brave horses have been remembered and have monuments dedicated to them. Explore these Hampshire horses.

Firstly Copenhagen, the headstrong chestnut stallion, who became the Duke of Wellington’s favourite horse. He was named in honour of one of Wellington’s early victories at Copenhagen and stood fearless at the Battle of Waterloo in 1815. When he died in 1836 he was given a funeral with full military honours and is buried at Strathfield Saye.

Headstone for Copenhagen the Duke of Wellington’s Horse

The most unusual monument perched on an old barrow high up on Mount Down, is that to the horse appropriately named ‘Beware Chalk Pit’. Appropriately named  because the horse, belonging to Paulet St John, did in 1733, so the inscription tells us, leap into a chalk pit (but maybe across one?) with his master on his back and saved his life.

Horse and master were out on a fox hunt when this leap took place, whatever the story, both survived the day and the horse went on to win the Hunters Plate on Worthy Downs the following year, carrying the name ‘Beware Chalk Pit’.

So enamoured with his horse, Paulet raised a monument to him. The original monument has been altered but the view remains the same. Farley Mount is a great place to walk, not just to see the views but to see the white monument to a fearless horse.

The inscription on the plaque on the north wall reads:

Underneath lies buried a horse, the property of Paulet St. John Esq., that in the month of September 1733 leaped into a chalk pit twenty-five feet deep afoxhuntiing with his master on his back and in October 1734 he won the Hunters Plate on Worthy Downs and was rode by his owner and was entered in the name of “Beware Chalk Pit”. 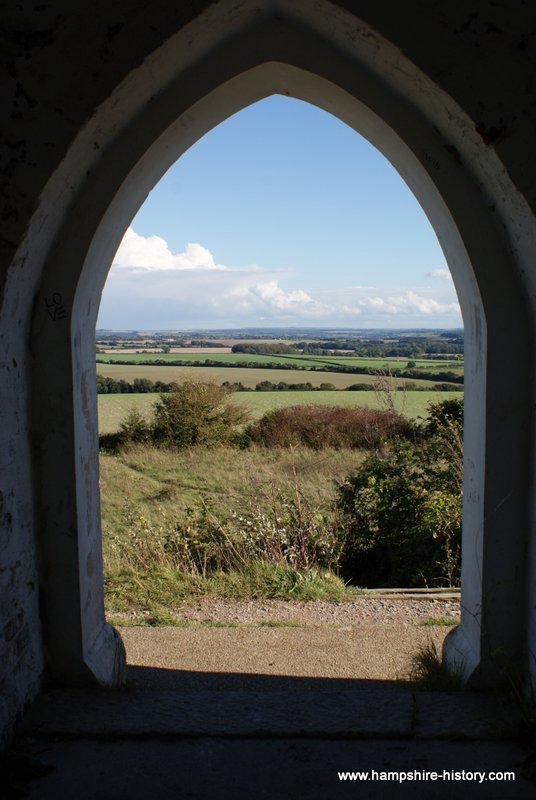 Colonel Meinertzhagen’s horse, Melksham, is buried beneath a pile of flints, close to the A272 on the approach to Bramsdean in Hampshire. 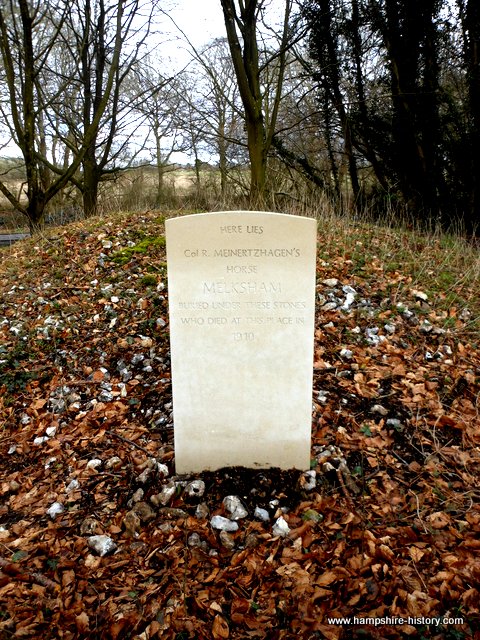 If we discover any more Hampshire horses graves we’ll let you know.