The ‘Pompey Pals’ were one of the many Pals Battalions that were formed in WWI. The men of Portsmouth came together to form two battalions of brave men, who gave their lives on the battlefields of France 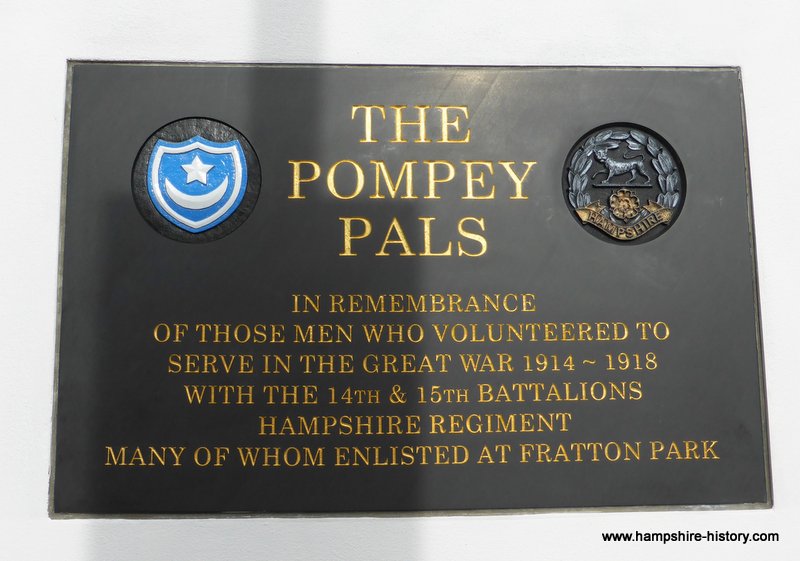 The memorial to the ‘Pompey Pals’ is just outside the entrance to Fratton Park, the home of Portsmouth Football Club

As with so many towns and cities, its football club is at its heart and indeed football played an important role in the morale of people in World War I.

At the outset of the war, some debated whether the 1914-1915 football season should go ahead and a strong stand was taken by some to cancel all sporting events for the duration of the war. The government never took this stance, possibly recognizing the importance of the game of football to lifting the morale of the nation. The public were promised that the war would be over by Christmas 1914 and so in these early days the game of football continued, lifting the spirits of a shocked and traumatized public. 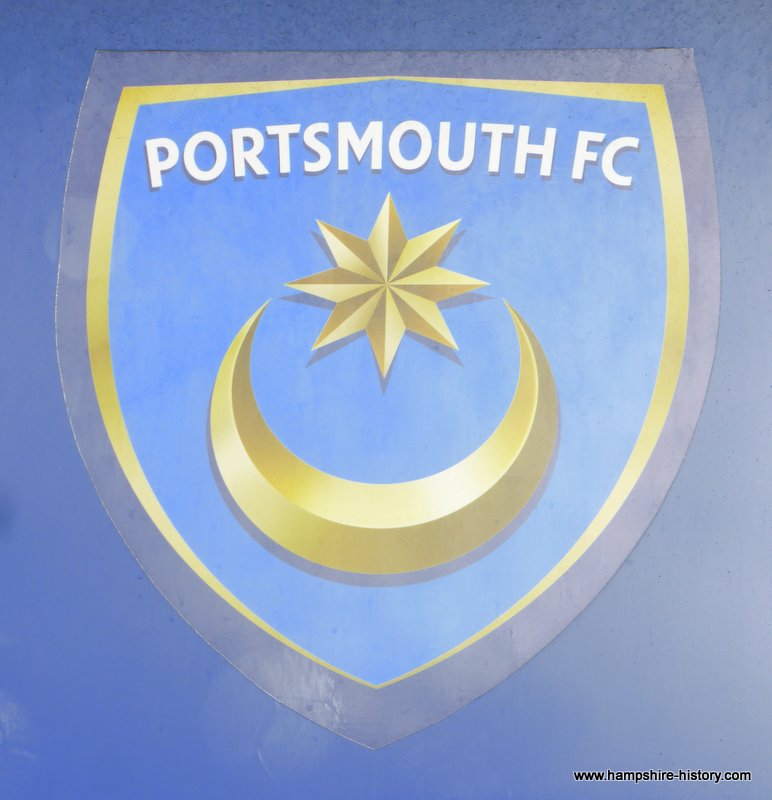 Football gave heart to the nation

Clubs were not insensitive to those who thought the young players should be fighting on the front line rather than on the football field and showed their support for the war effort by agreeing to a regular collections for various war relief funds. The stadiums were used by politicians to address the public urging them to sign up. Their facilities were used as drill and training centres. Football tried to put itself at the heart of the war effort, giving material and emotional support where it could.

It soon became evident that the war was set to be a long drawn out affair and that the number of troops needed was going to be far greater than anticipated at the outset. Enlistment in the forces was purely voluntary in 1914/1915 and conscription was not introduced until 1916.

To encourage volunteers it was suggested that young men with a common background through workplace, clubs, villages or sporting activities should enlist together and fight together. It was believed that the men in these ‘Pals Battalions’ would be more likely to enlist if they thought they would be fighting alongside men they knew and trusted. 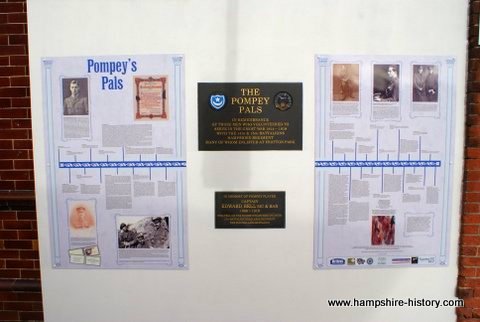 The ‘Pompey Pals’ were formed in August 1914

Portsmouth had its own recruiting committee who were working hard to find men to recruit from a city where many men were already occupied in essential war work. The idea of raising a battalion of men from Portsmouth to form a Pompey Pals Battalion took hold and in a short time they had raised enough men for two battalions for the Hampshire Regiment. They would become the 14th and 15th Battalions.

The Role of Fratton Park

The home of Portsmouth Football Club, Fratton Park, was used to enlist many of the ‘Pompey Pals’. Many of these men would have passed through the gates of Fratton Park as young boys, brought here to watch their club play, standing alongside their fathers and grandfathers, roaring their club to victory. One sort of experience generating excitement and expectation, to another no doubt generating excitement but also fear and uncertainty. 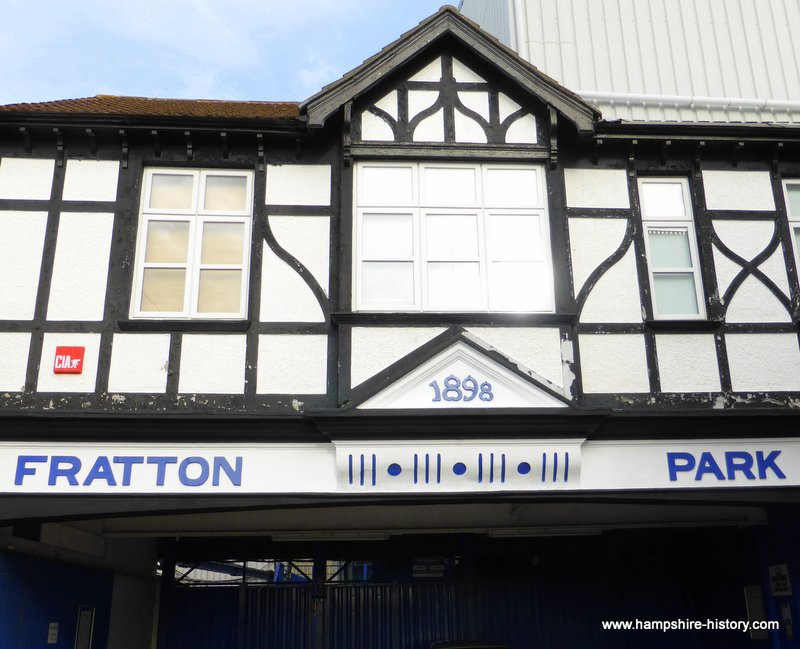 The Pompey Pals Memorial has been placed on the wall close to the entrance of Fratton Park. A lovely tribute to these brave young men of whom over 1400 gave their lives.

God bless the lads of Pompey

The boys in red and blue

Who, one and all rose to the call

To see old England through

We’re proud of every Briton

From near and far away

But we’re extra proud of the little crowd 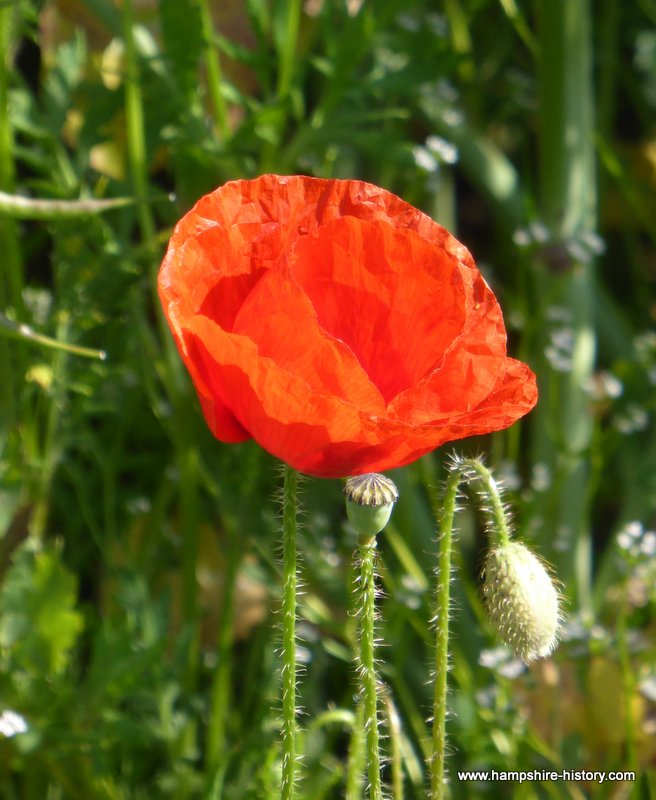