Churches are full of extraordinary items, some of them tucked away in hidden corners or quite simply at our feet.

Here is number 8 in a series of short posts, on the things less obvious, that catch the eye in Hampshire churches. The church of St Peter’s in Soberton has many intriguing objects and artifacts but one that catches the eye reminds us of a particularly interesting period in European history. It concerns the flower, the tulip.Tulips were first introduced to Europe from Turkey, during the latter part of the C16th. They were introduced to Vienna and then into the port of Amsterdam, which was one of the richest of all cities in Western Europe due to its strong position in international trade. 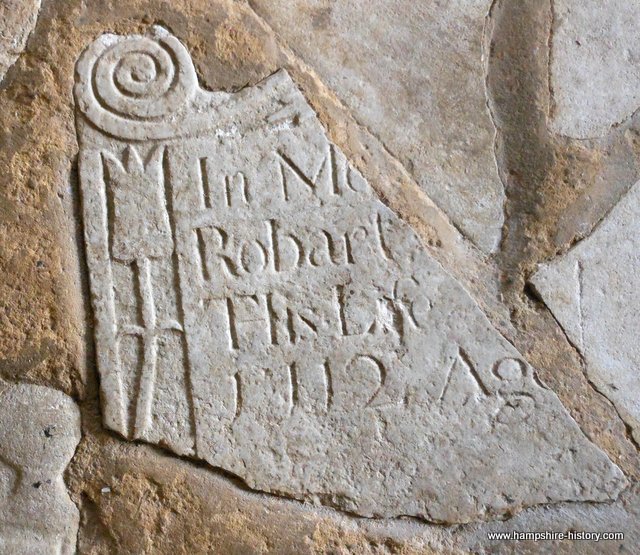 So what has all this to do with our church treasure?

In the C13th Lady Chapel, on the floor, is a fragment of a headstone and there, carved into the corner is the unmistakable outline of a tulip flower and the date 1712. The mans name was Robart and one can only speculate on his life, maybe he and his family were caught up in the tulip mania, perhaps those who laid him in his grave chose the tulip to signify his position in life, wealthy enough to own tulips?

Whatever the reason, it is an intriguing Hampshire church treasure.