The Epiphany Chapel of Winchester Cathedral has the most beautiful stained glass windows, designed by Pre-Raphelite artist Edward Burne – Jones.

The windows show episodes from the life of the Virgin Mary and the colours in the glass are exquisite. 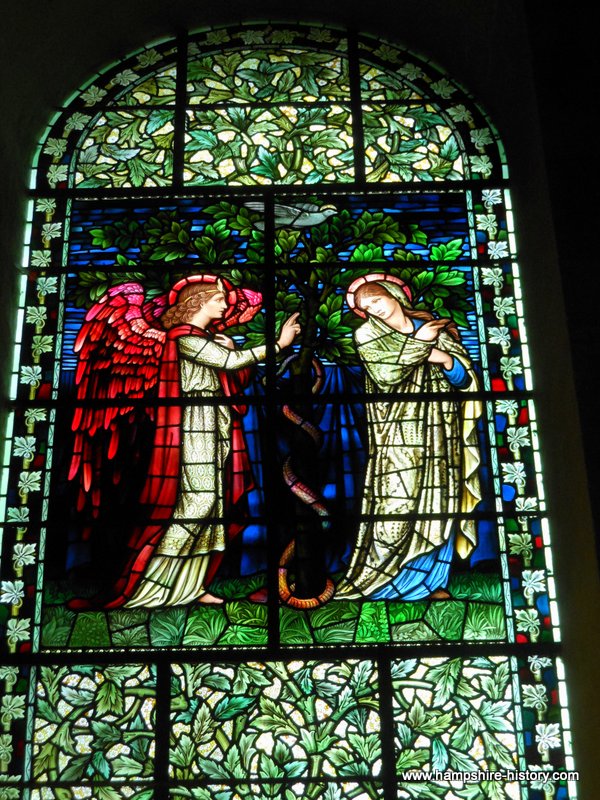 Who was Edward Burne Jones?

Edward Coley Burne-Jones was born in Birmingham on August 28, 1833. His mother died just a few days later and he was left in the care of his father and other relatives. He had a natural flair for drawing which he was allowed to develop, working on his own with no formal tuition. He left  King Edward VI School, Birmingham, to enter Exeter College, Oxford, in 1853.

There he met William Morris, who influenced and shared his passion for the medieval world and for the work of writers,Thomas Carlyle and John Ruskin. He was soon introduced to the work of the Pre-Raphaelites and he and Morris were swept up into an artisitic maelstrom. Rather than entering the church, as Burne-Jones had intended, he and Morris embarked on a tour of French cathedrals reveling in the Gothic architecture they saw. By 1856 they had moved into rooms in Red Lion Square, London, which had formerly been occupied by Rossetti. 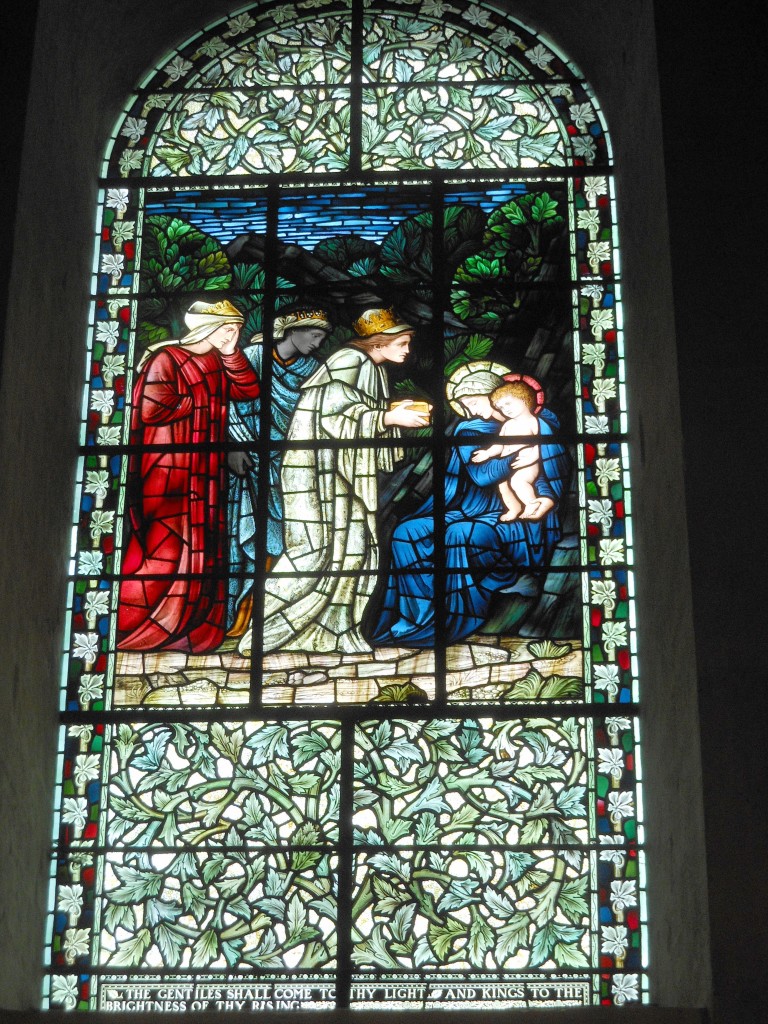 Rossetti had a contract with Powell’s Glass Works to design stained glass windows and he introduced Burne-Jones to them, he began his work as a stained glass artist.

Burne-Jones stayed at Powell’s from 1857 until 1861, when Morris formed the business of Morris, Marshall, Faulkner and Company, decorating  rooms and the furniture in the Gothic Revival style.

It was during this period that Burne-Jones became the firm’s principal designer of stained glass, producing more than five hundred individual figure subjects. 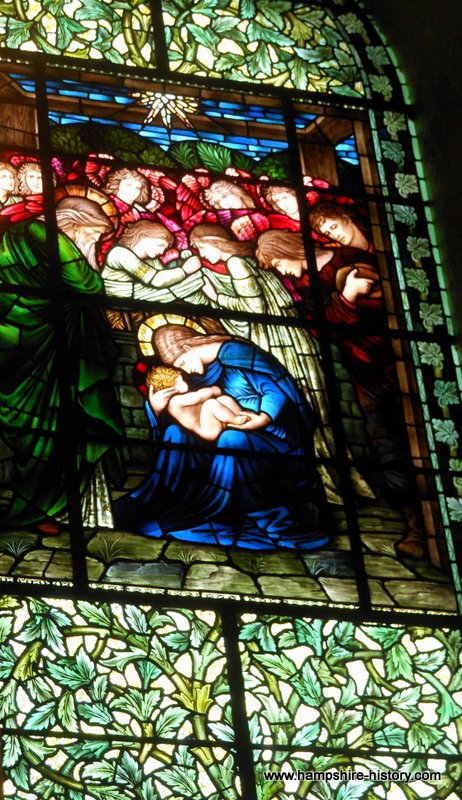 As well as the four magnificent windows in the Epiphany Chapel, other Burne-Jones stained glass windows can be seen in: