D-Day Gathering, Operation Neptune would enable the largest invasion force to cross the channel for the Normandy Landings.

This massive operation which was the vital precursor to the Landings of the Troops, was in the charge of Admiral Ramsay based at Southwick Fort, where critical information would be shared across the network of signals including code intercepts from Bletchley Park right-up to the day of invasion itself. This was a huge administrative and logistics victory in itself. Here you can see the gathering points that would converge to mount the assault forces which would meet at what was known as Z Buoy and would be the ‘rallying point’ for the massive Naval force, The Naval might was reported in the Evening Standard as consisting of some 4,000 Ships plus thousands of small vessels in support. It is reckoned there were actually some 7,000 in the full Armada. There had been a lock-down and an exclusive zone along the South Coast for some days, in particular. Overlord Gatherings for D-Day (Decision Day)Largest Military Mobilisation (partial Map) focused on Hampshire Coastline 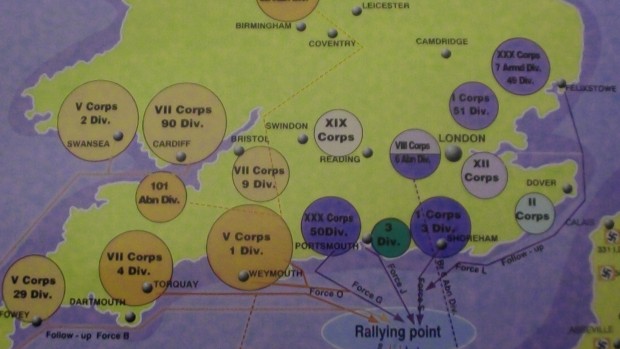 a critical 10 mile strip of the English Coastline. 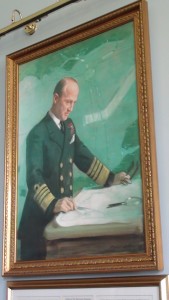