Buckler’s Hard, a place that launched at least three of the warships commanded by Nelson at the Battle of Trafalgar 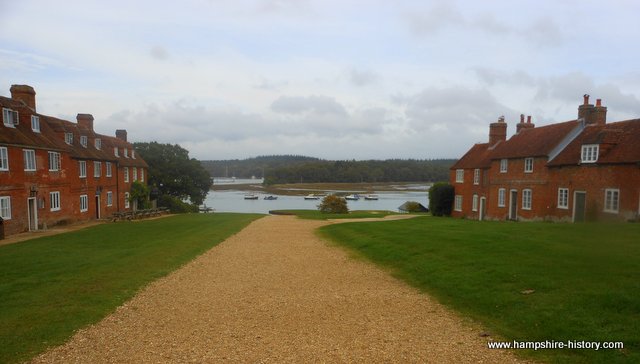 Buckler’s Hard looking down towards the quay

The hamlet of Buckler’s Hard, with its two neat rows of brick terraced cottages running out to the Beaulieu River are all that remains today to remind us of the once famous shipyard that used to be here.

The Reverend William Gilpin, writing in the C18th, described it thus;

‘the large timber yards, houses and ships on the stocks, made a violent chasm on the landscape’

Buckler’s Hard was planned in the early C18th by the then Duke of Montague as a quay for trading with the West Indies. He had been made Governor of the islands of St Vincent and St Lucia but before he could put a boat into either island, the French had captured them and the Duke’s dreams faded away. Montague Town as it would have been known had the Duke been successful, suffered a set back but continued to thrive as Buckler’s Hard, trading in timber. From its trade in timber it turned to ship building. 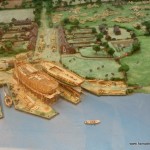 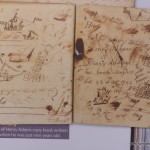 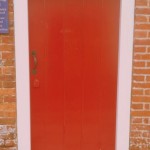 In the C17th, ships had been built in the vicinity for the Navy and with its ready supply of good English oak, the building gathered pace. In 1749, the master builder Henry Adams came to live in the house at the end of the terrace, now a fine hotel called the Master Builder. The most famous of the ships built at Buckler’s Hard has to have been the Agamemnon, launched in 1781, it was Admiral Lord Nelson’s first command and his favourite ship. The excellent small museum sited on the approach to the hard has a wonderful scale model showing the ships being constructed in the launchways. On the ground the launchways can be clearly seen and at low tide the old launchway timbers are still visible. 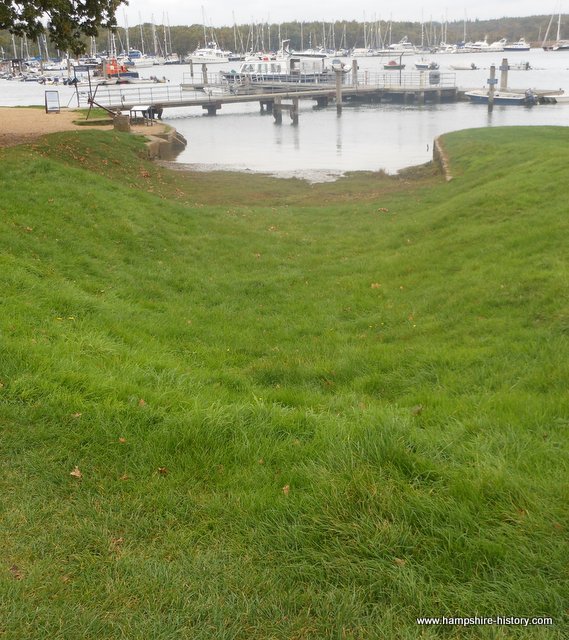 Stands of oak remain in nearby woodlands, planted to be used as ship building timber.

Buckler’s Hard’s heritage lives on in the small ship builders that operate along the quay. There are some wonderful walks around about and you can take a trip down the historic Beaulieu River and gaze back at the site of the production of some of our most famous C18th warships.