The beautiful images, painted in the early 13th century, were covered up with lime wash rather than destroyed during King Henry VIII’s injunctions of 1538. 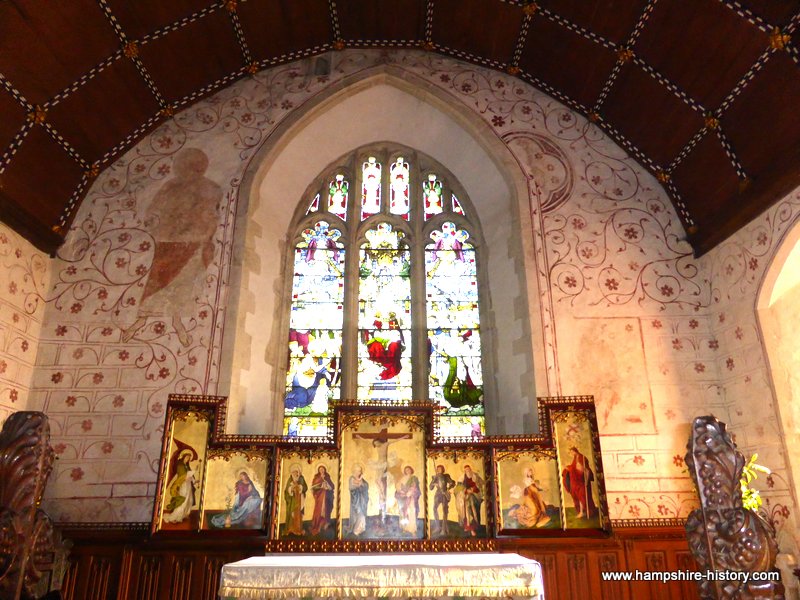 These injunctions were many layered and convoluted and the text used in the case of the cult of images is carefully handled.

All images, to which any manner of resort is used by way of pilgrimage or offering, they must depose and sequester from all sight of men and suffer them no more to be set up.

In the Bramley Church of St James, the south wall is painted with the oldest images, a series of the martyrdoms, the most important of which is that of Thomas a Becket being killed by four of King Henry II’s knights. It is easy to see why they had to be destroyed as Thomas a Becket was a pilgrimage icon. The priest did well to paint over them. They were rediscovered in the 19th century by the Reverend Eddy and brought back to their full glory.

Bramley church image of the murder of St Thomas a Becket

The image thought to have been drawn about fifty years after Becket’s death  shows quite clearly the four knights with their triangular shields and identifiable because of the arms upon them as Reginakd fitzUrse, Hugh de Morville, William de Tracy and Richard le Breton.

The story is that the four of them arrived in Canterbury on December 29th 1170 and having left their weapons under a nearby tree entered the cathedral and ordered Thomas Becket to go with them to the city of Winchester to testify to the King. Becket refused and the knights went to retrieve their weapons. The monks who were with the Archbishop preparing for a service, begged him to barricade the doors but he refused. The knights strode in and approached Becket, the monks were already chanting when the blows reigned down.

All of this can be seen in the image in Bramley church.

Wall Painting showing the murder of St Thomas a Becket 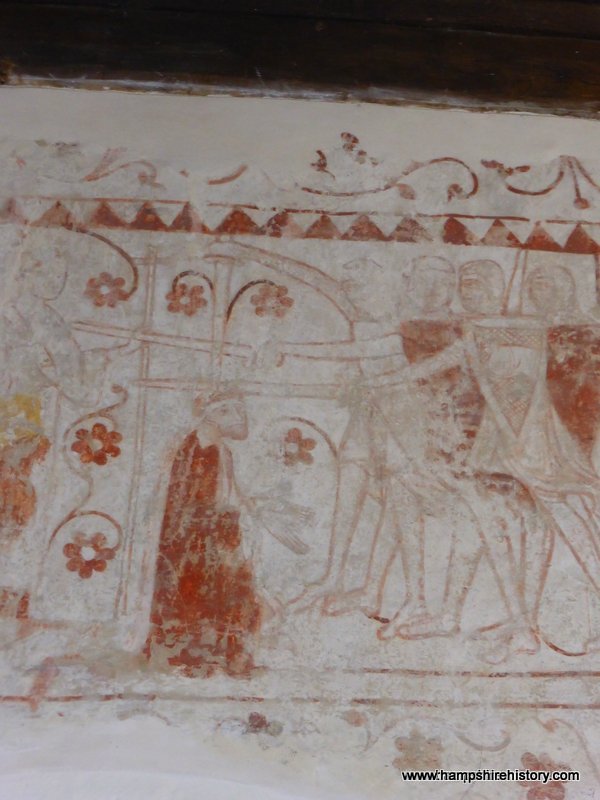 The Archbishop is kneeling as the blows fall 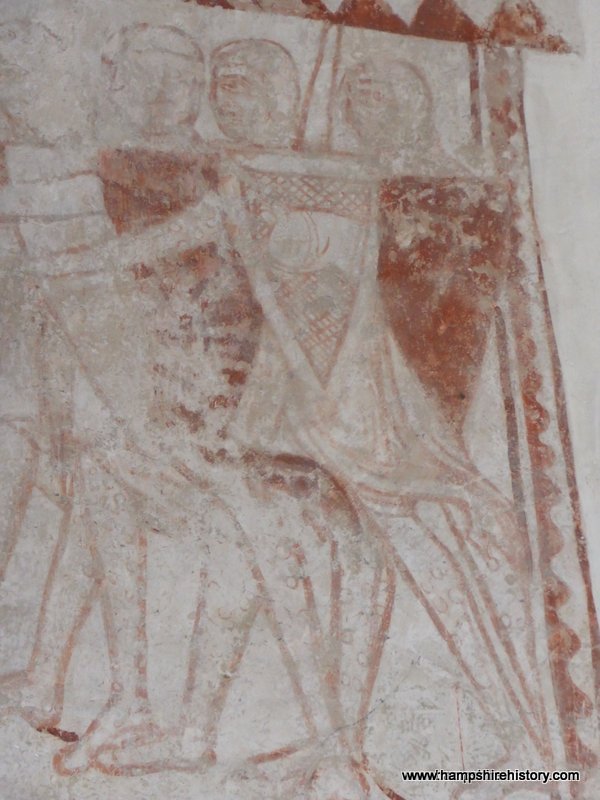 This is a wonderful image, full of maritime excitement, mermaids, fish and a galleon behind the head of St Christopher who has more than a passing resemblance surely to King Henry VIII painted by Hans Esworth c1545. The wall painting is supposed to have been painted in the 16th century, it is very tempting to suggest that the wall painter had seen the Esworth painting. Look at the legs with the bulging right calf and the placing of the left foot. Note the dagger in the left hand. 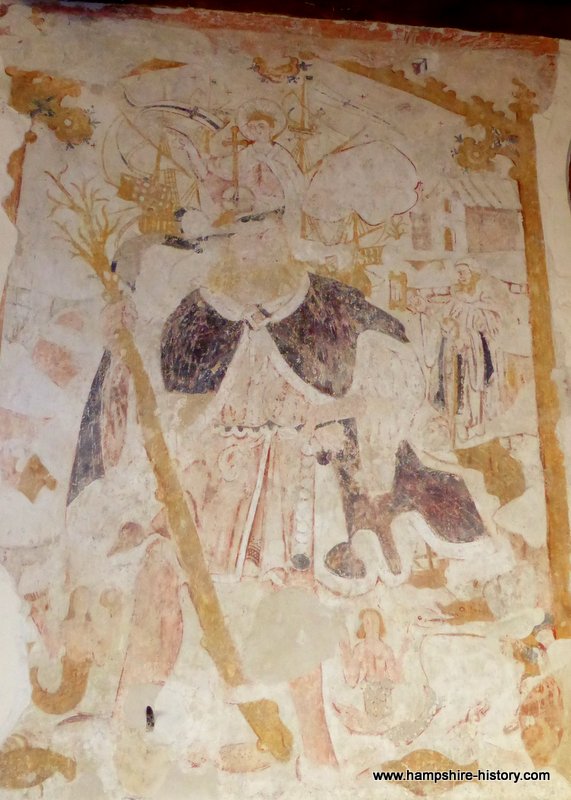 HenryVIII Hans Esworth 1545. Inspiration for the image of St Christopher?

The church of St James at Bramley has many other interesting Hampshire history connections including the magnificent Brocas memorial.