Sometimes a church hints at a different time, a different place and St Peter ad Vincula Colemore is one of those. 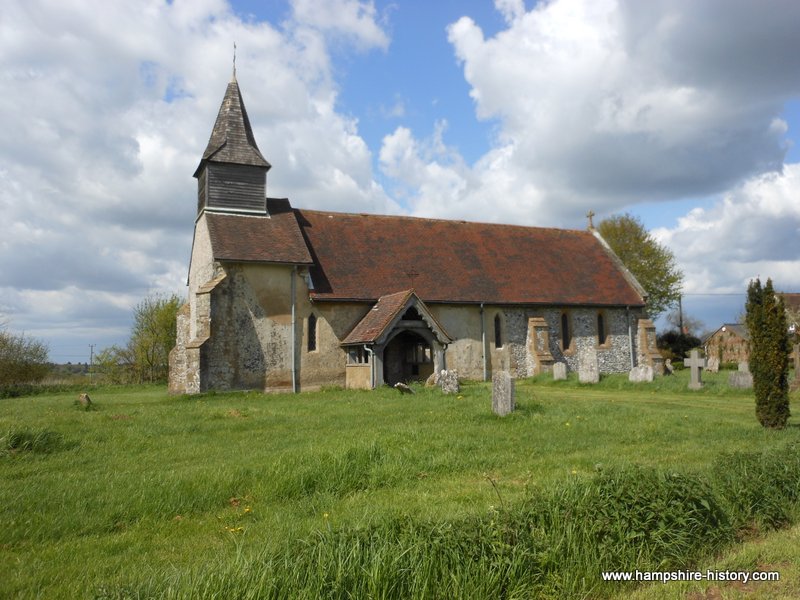 The first recorded mention of Colemore was in the Domesday book when, in 1086 the Lord was the wonderfully named ‘Humphrey the Chamberlain’ and it was a small settlement of just ten households. Of a church there is no mention but it is thought that the present church sits on early C10th foundations.

It is a church of mixed fortunes having been allowed to fall into a ruinous state on several occasions, indeed if it were not for the Redundant Churches Fund, it would be in a poor state today. This has resulted in phases of re-building but somehow the integrity of the old building has been kept. 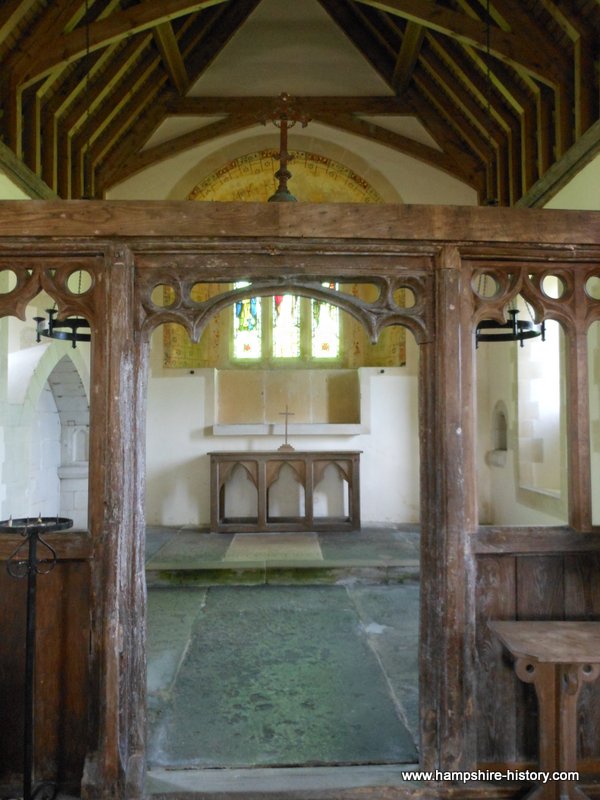 The church sits remote from a village or hamlet with just an ancient barn and manor house to accompany it and it is not hard to imagine it surrounded by its meagre population some 900 years ago. 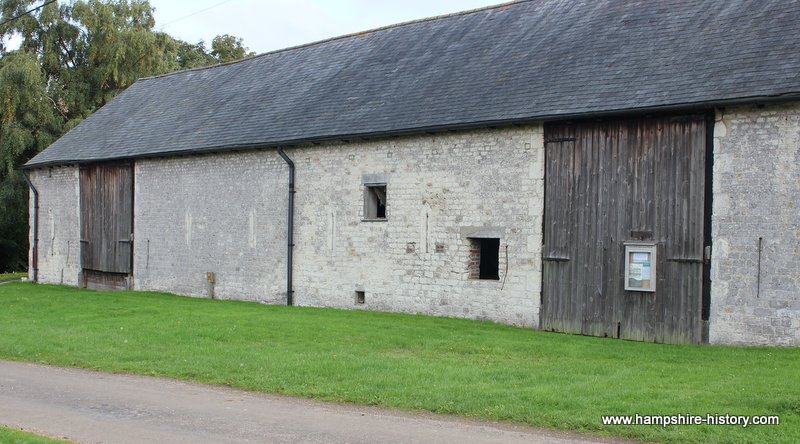 Large manor barn opposite the church

The bell turret and the bells are particularly interesting, one being cast in about 1380 the other 1627 but it’s the ladder that catches the eye where the date of 1694 is a reminder of all the feet that have climbed it. 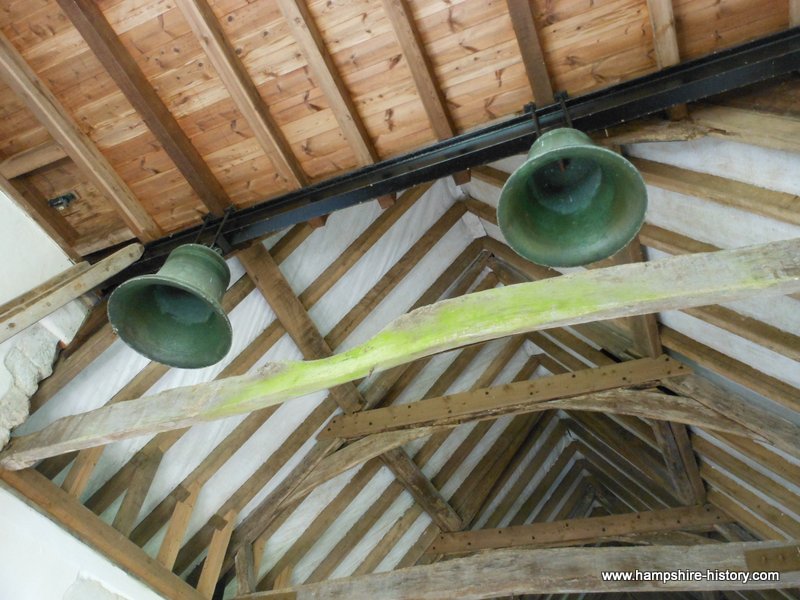 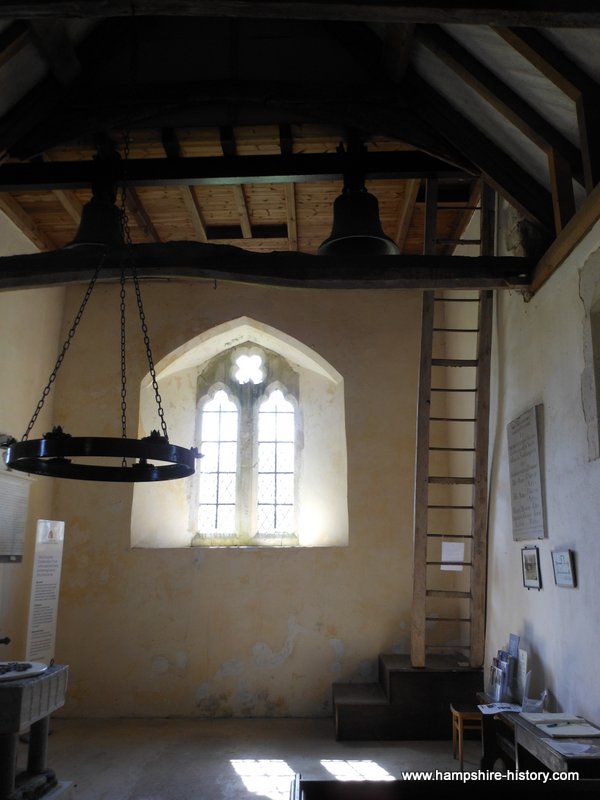 C17th Ladder to the bells 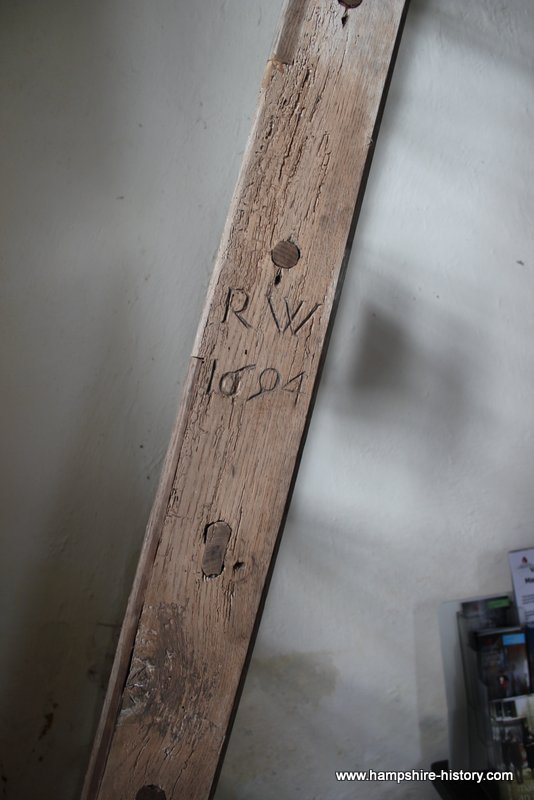