The tale of the Wherwell Cockatrice.

Folklore tales are am important part of the social and cultural history of a place. Stories lovingly retold in a community that grow and change with the telling form part of a web that binds people and places together. The belief of our forebears in stories of dragons and other beasts had many facets to them.

The Wherwell Cockatrice is a story that belongs to this Test side village. It is interesting because the tale has grown up around an historically important place in the village, Wherwell Abbey and it still has a named place ‘Green’s Acres’ that relate to this tale. Some stories exist in a strange fantastical place but this one is very much attached to the village.

The tale tells us about a duck who laid an egg in the crypt of the old Wherwell Abbey. This egg was brooded by a toad and when the egg hatched what emerged was a fierce some creature, made up of many animal parts. It had the body of a rooster, wings of a bat and the tale of a snake. It was nurtured as a pet by the villagers but as it grew it demanded human flesh as part of its diet. It grew to such a size it was capable of flying over the countryside and picking off its victims. Caught in the talons of the beast there was no escape as the Cockatrice carried the its prey back to its lair. 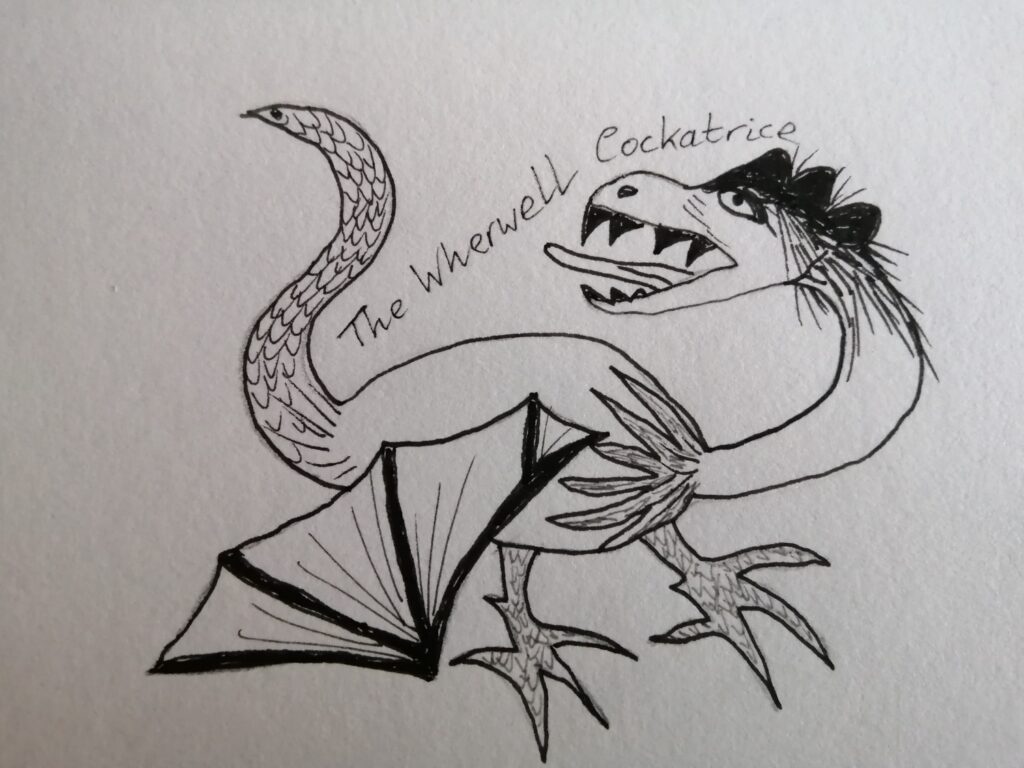 The village offered 4 acres of land to the person who could rid the village of their resident pet monster. Many people lost their lives in attempting to kill the Cockatrice until a chap named Green came up with a plan. He polished a sheet of metal so that it acted like a mirror. Thus armed he placed the mirror in the monsters lair. When it saw its own reflection it flung itself into battle with the metal sheet. Then, lying exhausted, Mr Green plunged his spear into the beast and killed it.

Four acres of land were handed over to the victorious man and in nearby Harewood Forest, four acres still exist, known as Greens Acres.

So what is this mythical beast, the Cockatrice?

The villagers of Wherwell were not the only Medieval community to be plagued by such peculiar beast. Across Europe such a beast was  associated with demonic forces. However in other parts it believed to be the offspring of a farmyard oddity, that of an egg laying cockerel. Sometimes nature can create situations where female chickens grow crests due a hormone imbalance and so a ‘male’ chicken lays an egg. Some bird nests are known to have attendant snakes, a case of the predator protecting birds eggs from other prey so maybe the two species have some connection in parts of the world. Quite how this then turns into a flying dragon type beast is lost in the darkness of time. It makes me smile that the rooster becomes a duck in the Wherwell story. 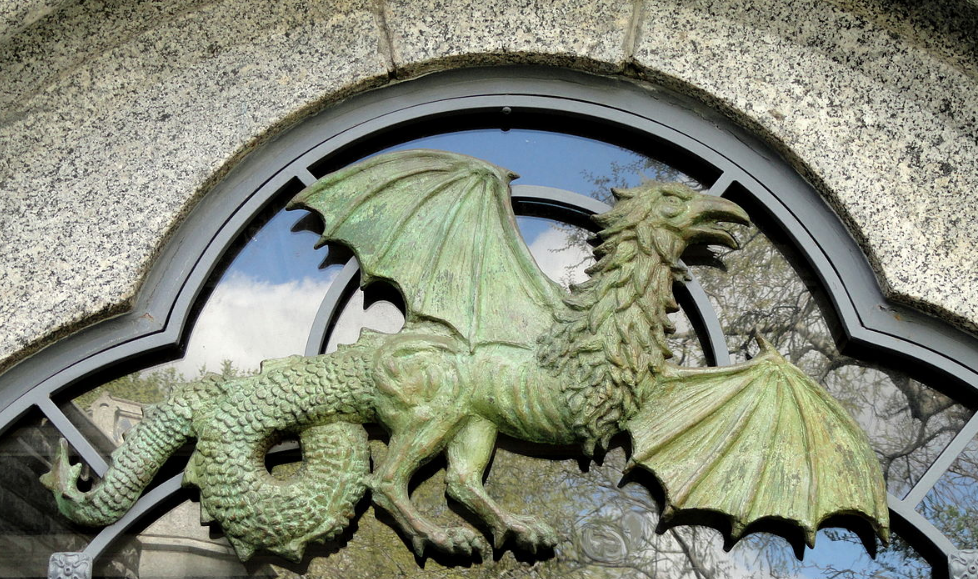 That these beasts were supposed to come about because of some aberration in nature is key to understanding the fear shown to such animals. In Medieval times, things that were different to the ‘norm’ were seen as something ungodly, something of the devil. The snake like tail of the beast is probably caught up in that other tale of fear and superstition, that of the demonic snake the basilisk. Both the Basilisk and the Cockatrice are meant to be venomous and were capable of killing by staring at you.

Shakespeare and the Cockatrice.

Apparently the Cockatrice was quite a real threat to our Elizabethan ancestors. Shakespeare in Romeo and Juliet wrote;

‘And that bare vowel ‘I’ shall poison more, than the death darting eye of cockatrice’

And then again in Twelfth Night;

‘This will so fright them both that they will kill one another by the look, like cockatrices’

It is interesting to read the many, many tales of dragons and other beasts that litter the folklore tale of the British Isles and other parts of Europe. What purpose did such tales serve? Never mind the origins of the tale, the re-telling of it is interesting in itself. Such stories were rarely written down until our Victorian ancestors got hold of them but they survive as part of our social history nontheless. 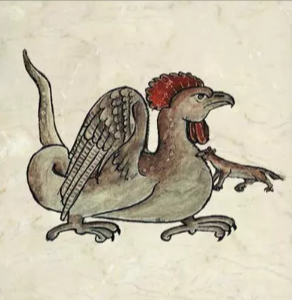 From the Bestiary of Anne Walshe C15th