The Tangley font a rare thing

The Tangley Font is a rare thing indeed

Tangley is a small village, remote and off the beaten track now, at one time the Roman road from Winchester to Cirencester passed close by but it deserves a visit for a very good reason. 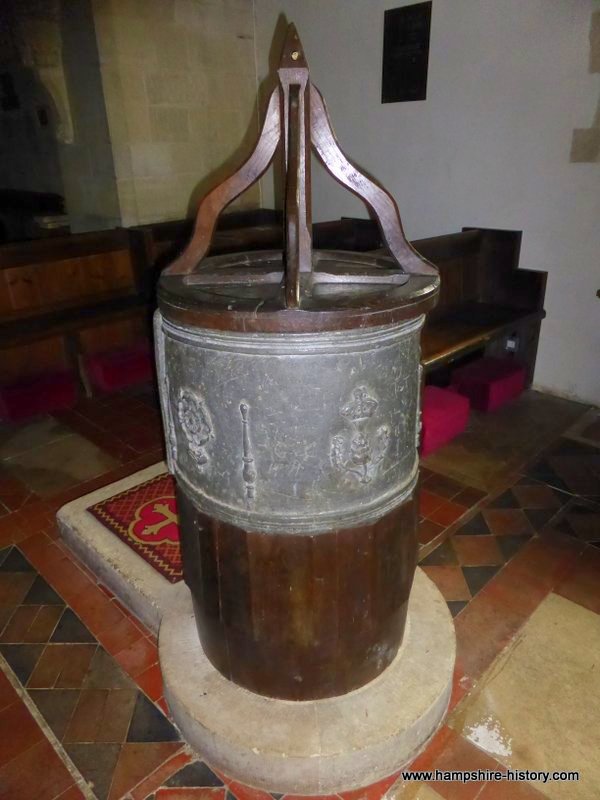 The church of St Thomas of Canterbury has within it the Tangley font. This is a rare thing. One of only thirty eight lead fonts in England and this the only one in Hampshire. It is quite small and circular with a wooden base. On its sides the Tudor rose, the fleur- de- lys and the Scottish thistle. Thought to have been made in the early C17th in the reign of King James I,  King James VI of Scotland became King James I of England, Scotland, and Ireland after the death of Queen Elizabeth I uniting the thrones of Scotland and England. Hence the decoration on the Tangley font of the rose and the thistle. The fleur -de-lys is a reference to his claim to France. 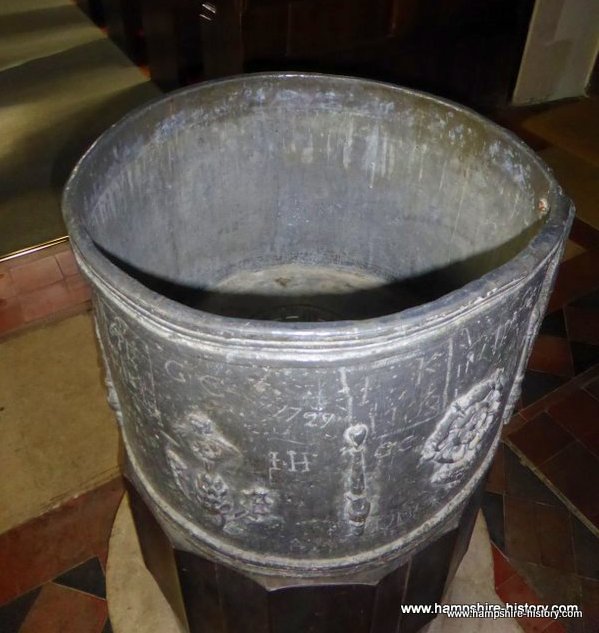 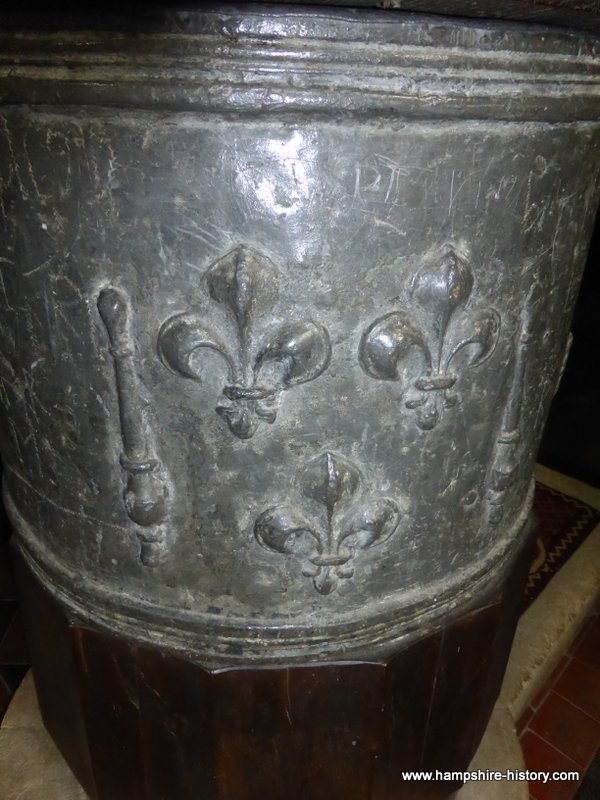 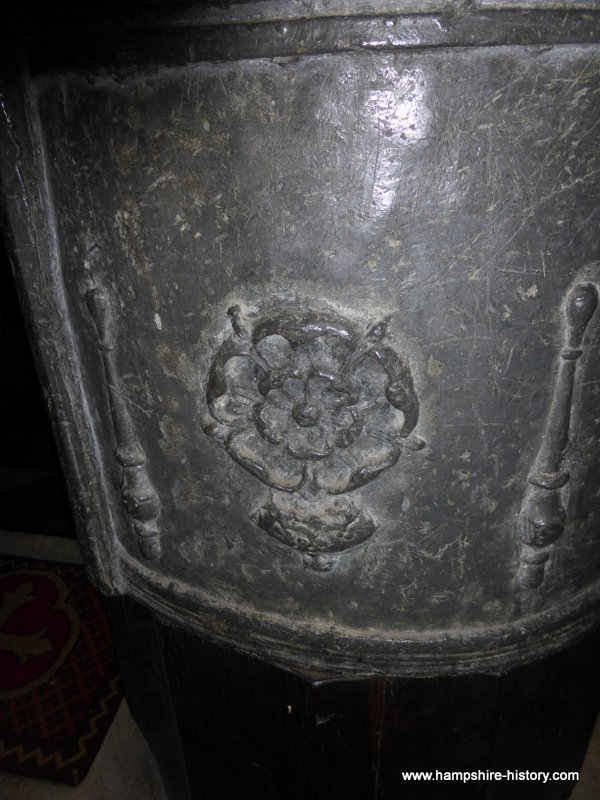