At the bottom of the hill is the village pond and clustered around it are lovely cottages and houses, spanning all periods, twenty seven of them listed. Upton Grey is a beautiful village in north east Hampshire, with a history that dates back to at least Roman times. The church of St Mary’s shows some evidence of a Saxon origin, a stone built into the south west corner of the nave. 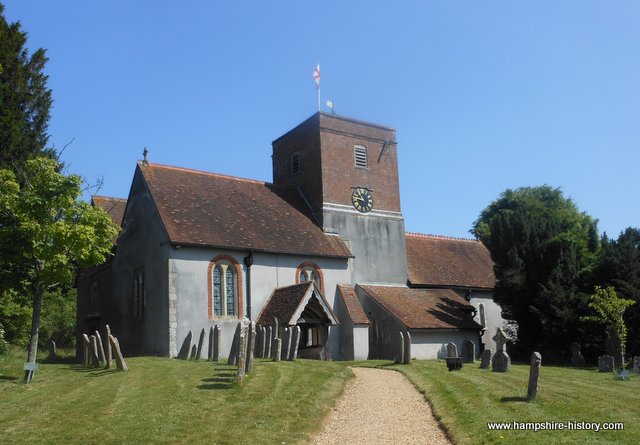 The tall chancel arch is not a typically broad Norman affair, rather it holds itself aloft and is quite narrow. It has the suggestion of the Anglo Saxon about it as it teeters in position but was in fact thought to have been rebuilt sometime in the 12th or 13th century, contemporary with the date of the tower and the chancel. A walk around the church is accompanied by the ticking of the clock in the tower and lovely to hear it chiming the hour. On the west wall are three consecration crosses. On the wall to the north of the chancel arch a fragment of 13th century painted lettering survives which translates to;

‘For God’s love beware by me’

The 14th century font is a fascinating one, having the faces of monkeys carved to the underside of the bowl. There is a memorial in the chancel to Lady Dorothy Eyre who died in 1650 but was lady in waiting to Queen Anne. 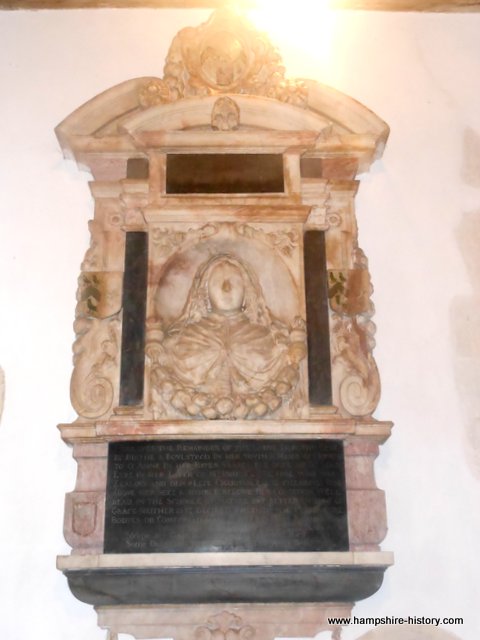