December 8, 2015 / HLB / Comments Off on Sequah the Portsmouth Quack Doctor

In 1887, Sequah the Portsmouth quack doctor, took to the stage

Sequah or to use his real name William Henry Hartley, was a self acclaimed medical practitioner and entertainer who built up a cult like following. His ‘medical show’ took to the road in the form of a caravan, a full pioneering prairie rig, complete with assistants dressed up as ‘cowboys and indians’ that drew huge crowds wherever they went. Hartley was originally from Yorkshire but he chose Portsmouth as the place from which to begin spinning his Wild West magic, potions and lotions. 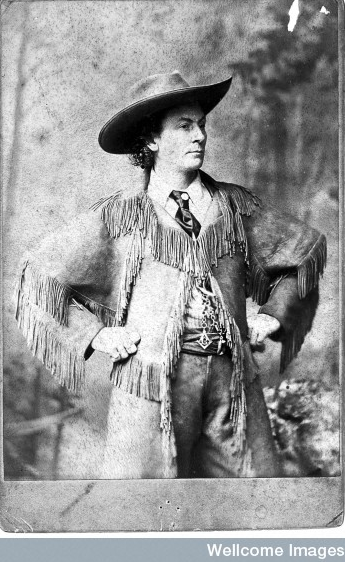 He got his inspiration from the American medicine shows that followed the pioneers across America. They claimed to have recipes from the native Americans that would cure all manner of ills. Hartley picked the name Sequah and began by selling Sequah’s Prairie Flower and Sequah’s Oil, which, if you believed it, could cure all ills. Many did believe it and demand for the products grew and grew and Hartley had to take on more ‘Sequahs’ to journey out across the country in their own wagons. By 1889 it is thought the Sequah brand was bringing in several hundred pounds a day. 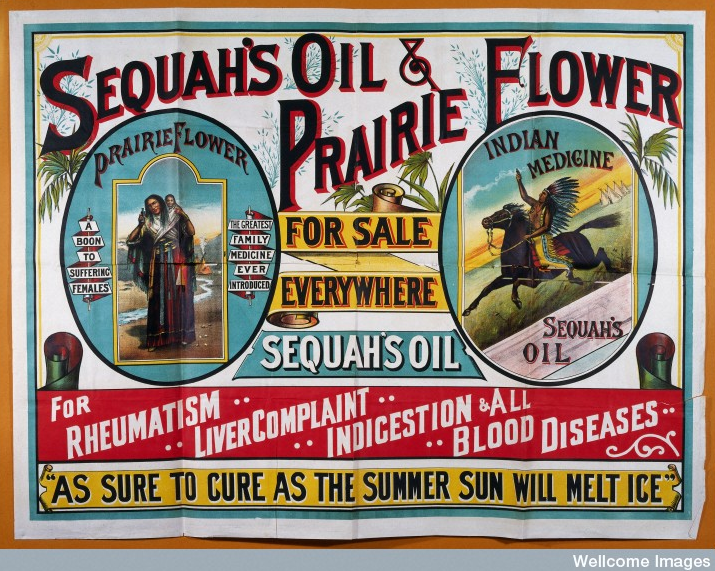 Before the show rolled into town, flyers and leaflets were handed out, much as if a circus was coming to town. People came, expecting to be entertained. A brass band accompanied the troupe and with tales of miracle cures ready to be told, there was always someone ready to stand up with a story of their own miracle cure by ‘Sequah Prairie Oil’. Others were encouraged or paid, to deliver their ailments up to the Sequah on the wagon. The whole crowd could then witness the cure, right there in front of them.

By 1890, just three years after setting up his show in Portsmouth, Hartley had 23 ‘Sequahs’ working for him. Several Hampshire towns enjoyed the great Sequah shows, Basingstoke included, see the photo below. Maybe he chose Portsmouth to start his business because it was an open door for the slightly more risky business or because of its rich and culturally varied populace, who knows? Hartley did not have it all his own way though and some in the crowd recognized the show for what it was and got angry about the claims made, then the police were called to put down the disturbance before it got out of hand. 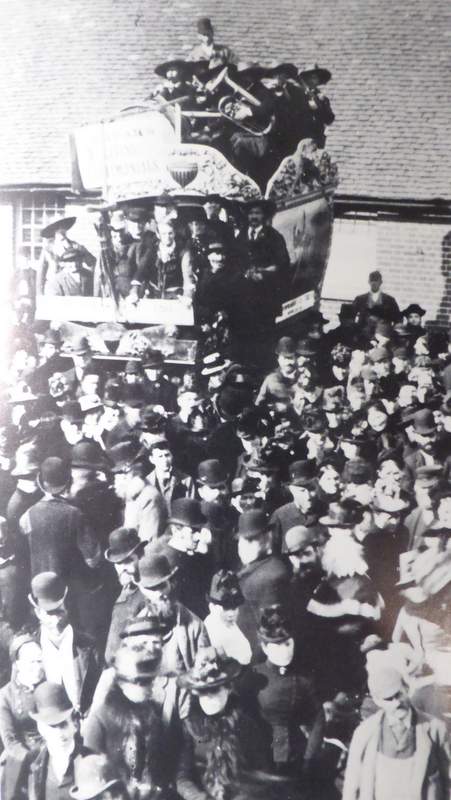 One of the biggest attractions was the dentistry. The Sequah would encourage anyone with tooth problems to step up and into the caravan. With a  flourish and apparently an electric light bulb attached to his forehead? he would extract the offending tooth. The band would of course strike up a merry tune to drown out the cries from the patient.

The key to Hartley’s financial success was to leave his medicines on the counters of the local pharmacies (with whom he had negotiated a prior deal), thus enabling his product to continue to be sold long after he had moved on. He also published a weekly newsletter, allowing others to advertise, all very lucrative.

Set up in 1889, the business went global but in Britain hit a major setback in the guise of the Customs and Inland Revenue Act of 1890, whereby sales of medicines could only take place in a “set of premises”.

The boom time was over and Sequah Ltd began to trade at a loss and by 1895 it was wound up.