St John the Baptist Church, Boldre has possibly been a site of worship for over 2000 years

St John the Baptist Church, Boldre occupies a beautiful location, standing aside the valley of the River Boldre as it cuts its way through the New Forest. It seems to be the perfect setting to foster the literary outpourings of two of Hampshire’s distinguished authors, William Gilpin, the naturalist and Caroline Bowles poet. The church seems separated from the village but it is the village itself that is separate as it meanders and climbs along and out of the Boldre Vally. During the C12th it was the mother church of the southern end of the New Forest and considerably altered and extended during the C13th. 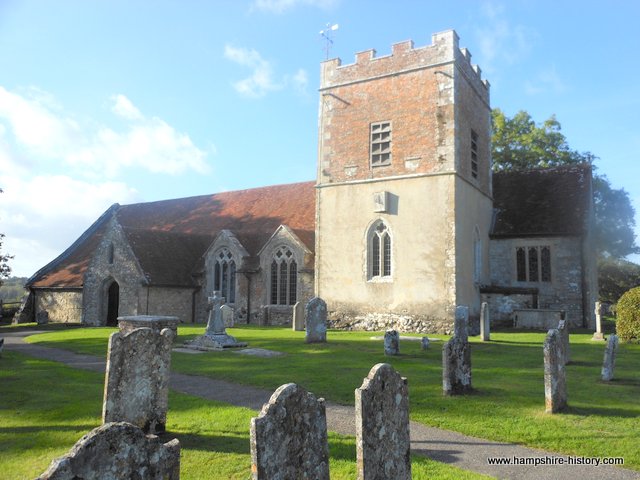 Inside the church, a corner honours those killed when HMS Hood was hit by a salvo from the Bismark on the 23rd May 1943. In all 1,415 men died on board that day, including Vice Admiral L.E Holland CB, who worshiped at the church along with his family. 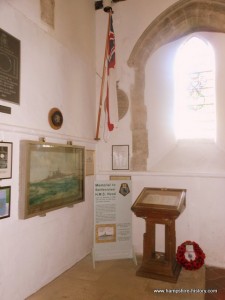 Once it was realized that HMS Hood was to have no official memorial, Mrs Phyllis Holland did all that was required to establish a memorial in the church. It occupies a peaceful corner with a book containing the names of all those who served on board, along with a painting of the ship and other artefacts.

The very strength of such an ancient building is that it can carry with it the memories of so much history and the result is a very memorable historic site.

Many of Hampshire’s churches fostered incumbents who were scientists and literary figures, William Gilpin here at Boldre, Gilbert White at Selbourne and Stephen Hales at Farringdon, to name but a few. Working in the late C18th, William Gilpin gives us one of the earliest portrayals of the county of Hampshire and other parts of England using art and literature to capture landscape and nature.