The Augustinian priory of St Dionisius, contracted to St Denys or St Dennis, was founded in the mid 1120’s by King Henry I. In this engraving it is shown as standing close to a farmhouse. Early. According to John Duthy ‘Sketches of Hampshire’ 1834, remnants of the Priory’s architecture could be found acting as water troughs and walls etc at the farm. It stood on the west bank of the River Itchen and continued as a religious house until it was dissolved in 1536. 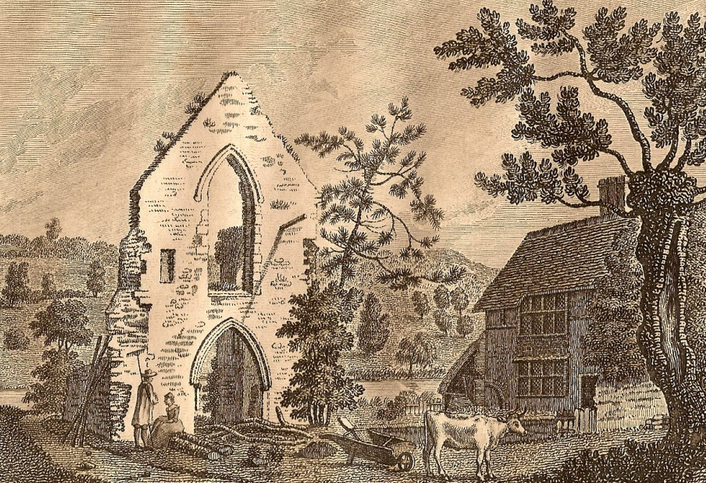