A in a period in which Saxon masons were giving way to Norman masters. 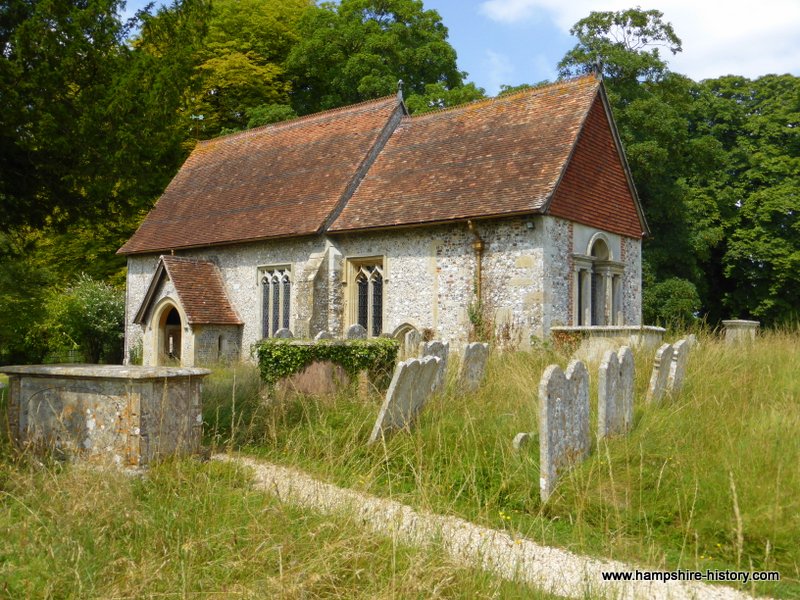 Quarley church has an ancient look to it. It sits above the road, surrounded by its graveyard and an abundance of wildflowers and butterflies. The nave is Saxon with three windows originating from this time, two of them blocked up, The blocked up window looks from the outside, very much like the blocked up Saxon window at West Tisted. There is also a blocked up Saxon north doorway with its tall narrow opening and long and short stones, again reminiscent of West Tisted. 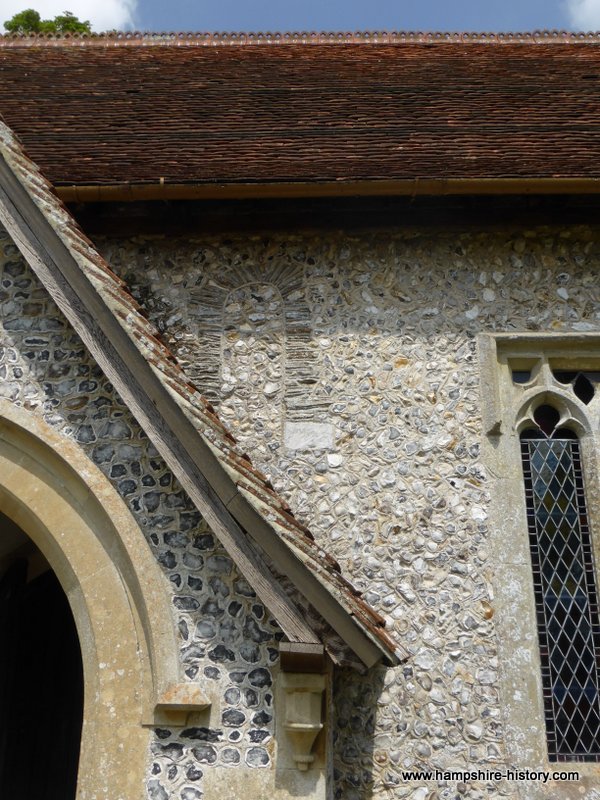 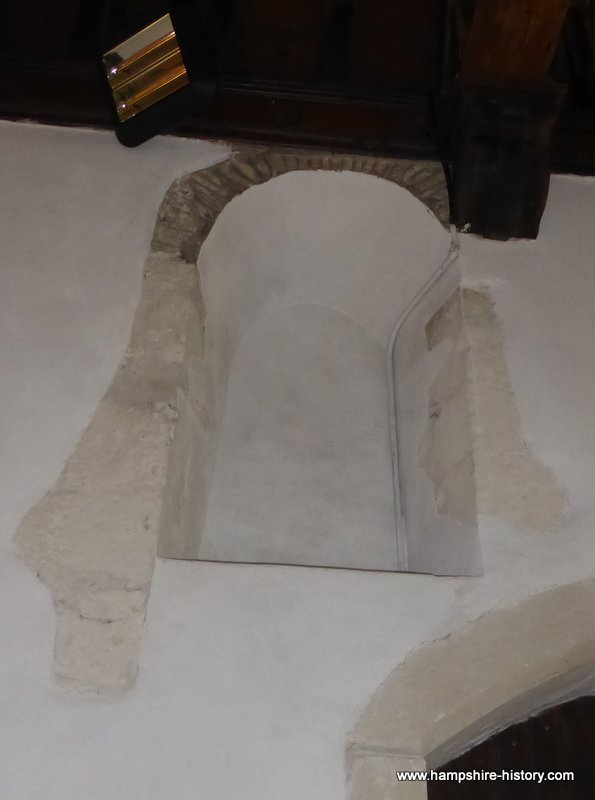 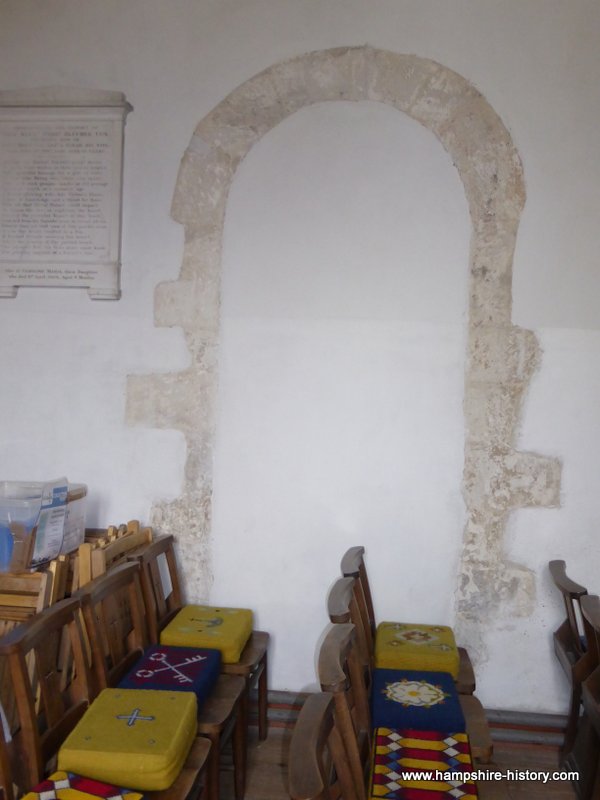 One architectural structure most certainly not Anglo Saxon is the Venetian window in the east wall. It was built in the 18th century and carved with the date 1723. It is a very unusual feature in a Hampshire church.

The font is a simple 13th century circular tub on a stepped base. There are several memorials to the Cox family and one particularly sad lament of a parents loss of a beloved twelve year old son.

The church bells are kept in an unusual wooden frame outside and where once there were three only one now remains and it hangs rather forlornly by itself. 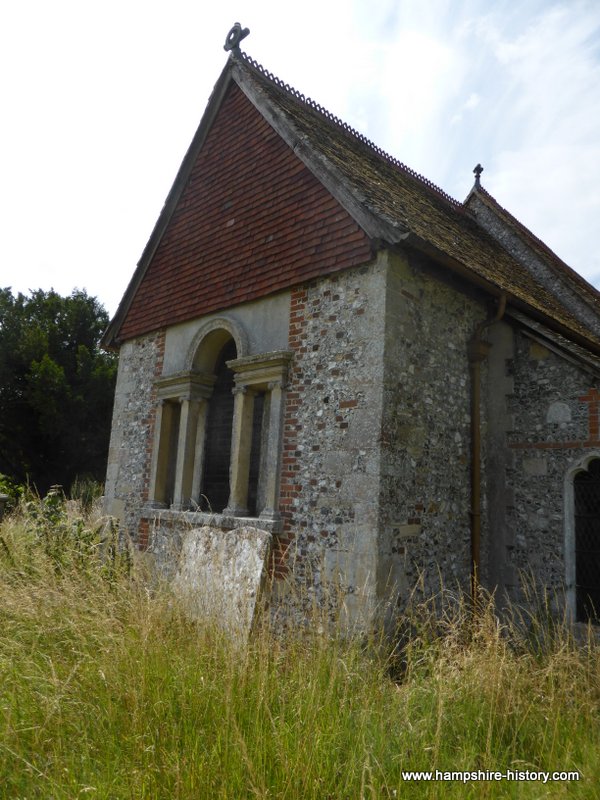 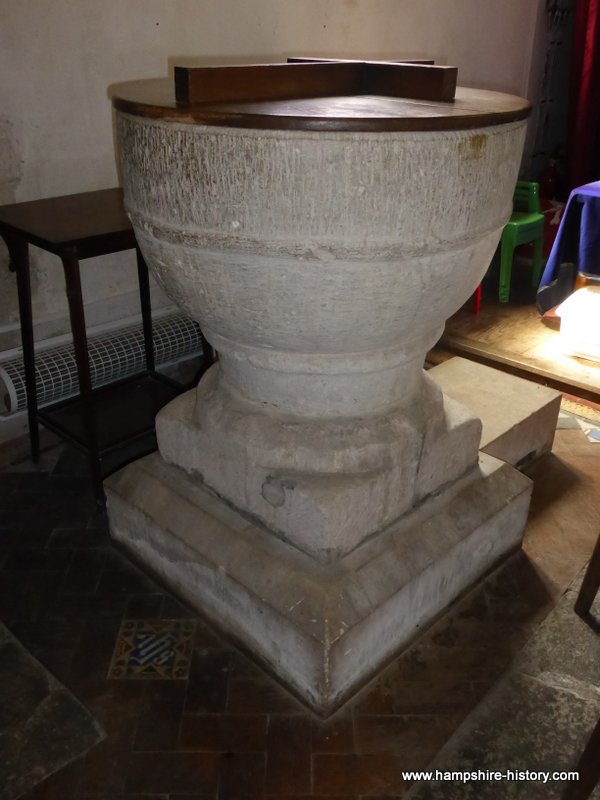 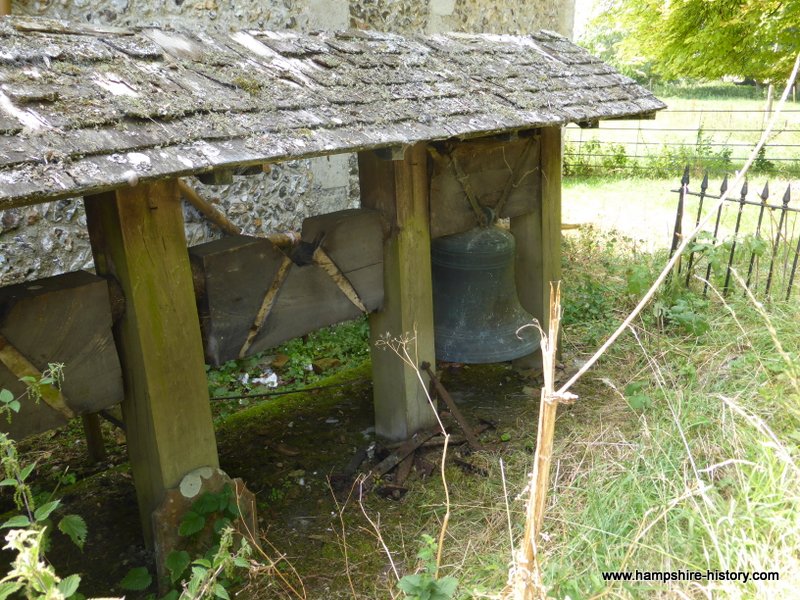 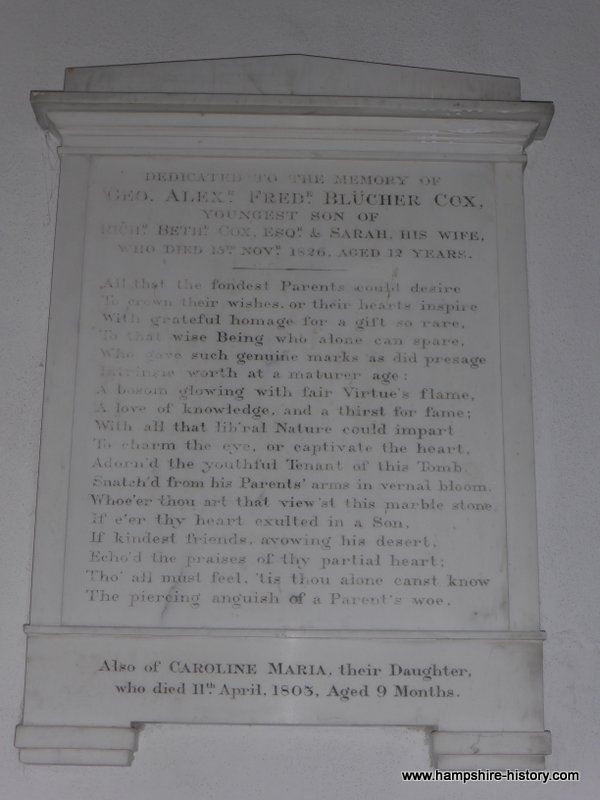 On the loss of a son 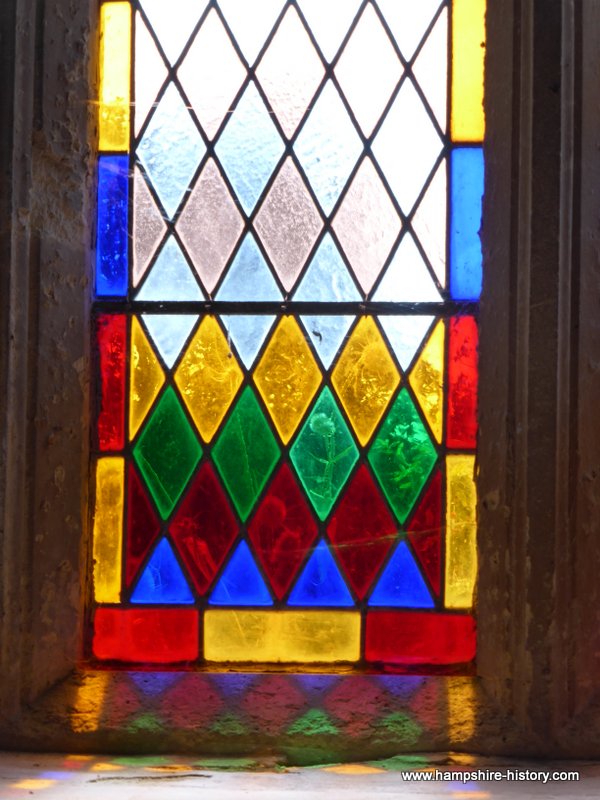