We are blessed in Hampshire with a wealth of ancient buildings, Saxon and Norman churches, Medieval houses, Tudor cottages, the list is endless but sometimes the very survival of a small building makes one reflect upon the times in which it was built. The Old Blue Boar Inn at the junction of Blue Ball Hill, (surely a corruption of Blue Boar) and St John’s Street is one such building. It is a traditional hall house with a projecting gallery. 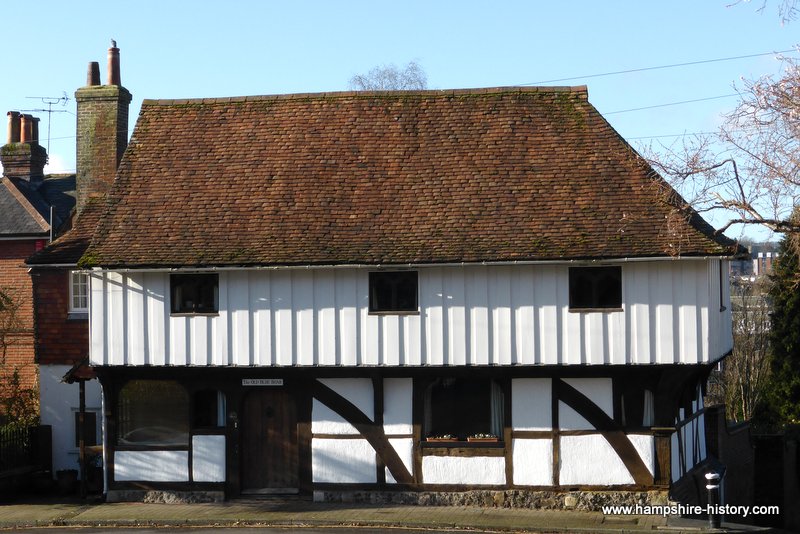 Outside the old East Gate of the city, the suburb of ‘The Soke’ was established. The Soke lies outside the medieval city boundary, an area traditionally administered directly by the Bishop, not by the city. Many towns have areas called the soke, it is thought to be a part of a settlement that had the right of local jurisdiction, generally one of the feudal rights of lordship. There is debate about the meaning of the term and it could have been used to define an area that rendered services. It is a term thought to have originated around the time of the Conquest but it might have been in use in Anglo Saxon times as ‘sacu’ means the right to contend or hold court.

In Winchester the soke is in the area of Chesil Street and St Johns Street running along the bottom of St Giles Hill and it is here that the Old Blue Boar Inn, now a private house can be found. 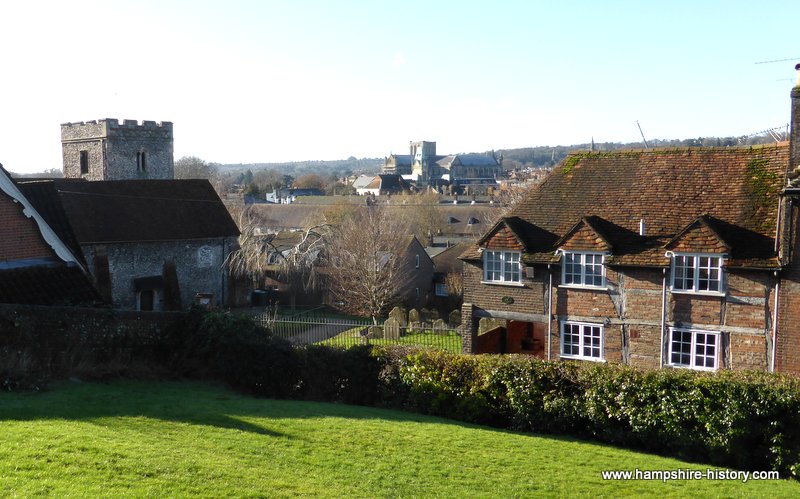 View towards the Cathedral

The Inn was built in about 1340, just eight years before the Black Death washed up on the shores of Hampshire, when King Edward III was on the throne. Edward was known for his military prowess and it was to France he turned. If the Blue Boar Inn was built in 1340, it was the year when Edward assumed the title of king of France, starting a war that would last intermittently for over a century, the Hundred Year War.
The Blue Boar Inn was then known as the White Boar Inn, the emblem associated with King Richard III. When King Henry VII, ably assisted by the Earl of Oxford, killed King Richard in a battle at Bosworth Field in 1485. The White Boar Inns across the country, quickly painted their boars blue, to show support for the Earl of Oxford whose badge was, a blue boar.

It is just along the road from the ancient church of St Johns, which was the church used by the scholars of Winchester College before their college chapel was finished in 1385. How many scholars might have journeyed a little way up the street to enjoy a small beer at the inn? 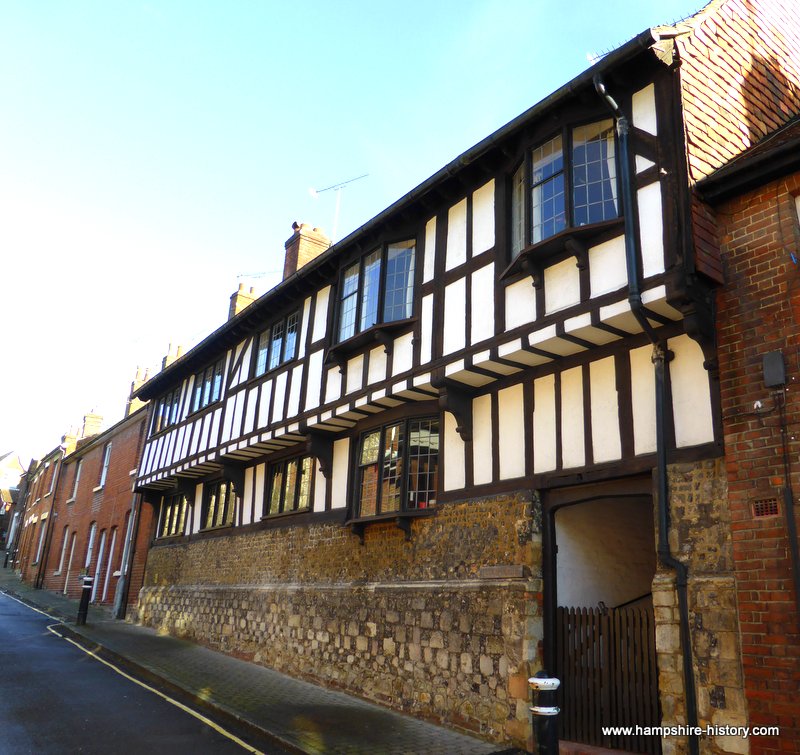 The area around the old inn, including St John’s Street, is full of beautiful old buildings. St John’s Street follows an old Roman road, which then became a Drover’s road, many would have stopped for refreshment at the Blue Boar. St Giles fair was also busy on the hill opposite and the Soke became a very prosperous area.
The pub is also renowned for being the place in 1764 where a young volunteer solider called Thomas Thetcher, died of a violent fever contracted by drinking small beer when hot. His memorial can be found in the church yard of the cathedral.
Posted in Placenames, Plantagenets 1154-1399 Period, Winchester, Architecture and Artefacts, Interesting Buildings, Periods of British and Hampshire's History, Roman Pre 410 AD