Odiham and the Vernacular Magna Carta

The Magna Carta King John applied his seal to at Runneymede, was written in Latin

This was not a document that could be distributed and understood throughout England and France, as the main language spoken was Anglo French. It is thought that the original Magna Carta was brought back to Odiham Castle and scribes worked on the translation there to produce a version written in the vernacular. 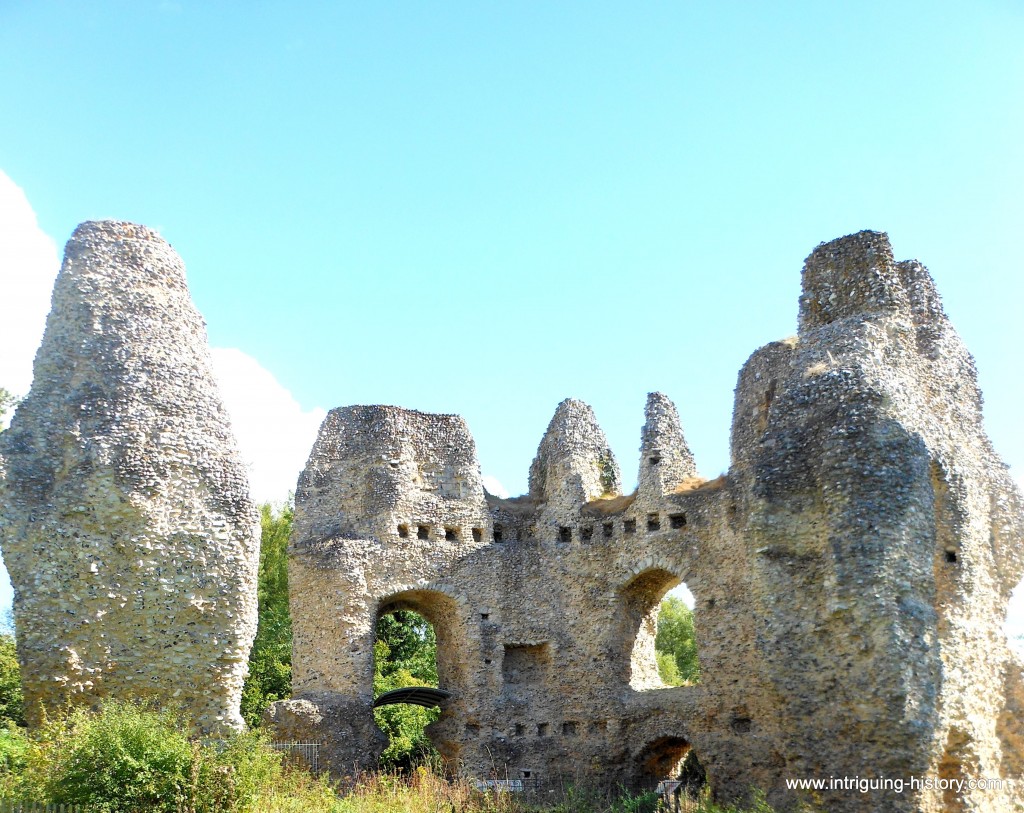 Many copies of the Articles of the Barons must have been created in order to distribute it quickly, throughout the land. None of these original vernacular copies are thought to still exist but a later translation does.

The vernacular Magna Carta of  St Giles at Pont-Audemer in Normandy.

Copied sometime between 1219 and 1226, this version survives in a cartulary of the lepers‘ hospital of St Giles. It has particular significance for Hampshire history as it was created to facilitate publication and distribution of the charter in Hampshire. It was attested in Odiham on the 27th June 1215. A writ was issued with the document. It commanded the Sheriff of Hampshire and twelve of Hampshire’s knights, to seize the ‘lands, tenements and goods’ of any in the county who refused to swear an oath to the Charter of Liberties.  The document was distributed by the steward of the Archbishop of Canterbury, Elias of Dereham. So we know that within two weeks of sealing the charter, the details of the liberties were being distributed across the country.

Those that refused to swear an oath were to be stripped of all belongings and any money raised used for the Crusades. Property and land was to be kept safe either until they had sworn or, if they still refused, then until Archbishop Stephen Langton and the other barons passed judgement.

The writ was addressed to William Brewer, Sheriff of Hampshire

William Brewer was a loyal supporter of the Plantagenet kings and became one of the most important men in the land.  Not only was he sheriff of Hampshire several times, he was also Sheriff of Nottingham when Richard the Lionheart was on crusade. He was one of King John’s most loyal supporters and as much disliked as the King himself.

Posted in Odiham, Plantagenets 1154-1399 Period, Archives Records and Collections, Architecture and Artefacts, Documents and Maps, Castles and Palaces and fortifications