Ann Steel: The mystery of C18th hymn writer is not to do with her music and poems but with her lover, the enigmatic Robert Elscourt

While Isaac Watts was working elsewhere in Hampshire on his immortal version of “Psalms of David,” a baby girl was born at Broughton, fifteen miles away. The baby was Anne Steel, destined to become England’s first woman hymn-writer, the year was 1716.

She was born to William Steele, a Baptist whose uncle, Henry Steele, was ordained a pastor in the church in 1699 and served at Broughton. Henry and his brother Thomas, also a Baptist, worked together. They were timber merchants who bought warships to break up and sell. Henry gave two cottages to the Baptist community at Broughton along with a burial ground. Thomas remodeled the cottages to make a church and in doing so used oak from the warship the Royal Sovereign. The family were among the earliest Baptists in Hampshire when the various groups of Baptists decided to come together as one church in about 1655.

Anne was one of three children, her older brother William was born in 1715 and a younger brother born in 1720. Not long after the birth of this child Annes’s mother died, Anne still only a baby of three years old.

As a result of this Anne became very close to her father, times were difficult in the Baptist ministry at this time and William had to work hard to live up to his uncle Henry’s charismatic leadership. Anne was a delicate child, suffering a hip injury in her late teens that made it difficult for her to get around.

Life was about to deal a further hard blow

Anne had fallen in love with a man called Robert Elscourt, he proposed marriage to Anne and she accepted. Her lover however decided to swim and bathe in the River Test the day before their wedding. He drowned and Anne was grief stricken.

She had always been a young woman who found solace in writing and now she turned to God to guide her through this wretched time. It is believed that her first hymn, a poem of beautiful resignation, was written at this time. Anne went on to write 144 hymns and 34 versified Psalms. She wrote devotional poems under a pseudonym, Theodosia.

In 1760 two volumes of her ‘Poems on Subjects Devotional’ were published and these inspired others to compile a Baptist hymn book including works of Anne and Issac Watts and others. She was one of the first female hymn writers in Britain and her work has been described as being deeply moving and inspirational, maybe even more so than Watts.

Take a moment to listen to one of Anne Steele’s hymns, it still seems to resonate with people

What of her mysterious lover?

Little trace can be found of Robert Elscourt, it is not known where he came from. His baptism has not yet been found, nor where he was buried after his tragic accident. There is no mention of the accident in Hampshire or national newspapers. There are few if any Elscourt families to be found in England. If anyone can throw some light on the young man, whose death inspired Anne Steels hymn writing then please get in contact. Meanwhile the hunt goes on. 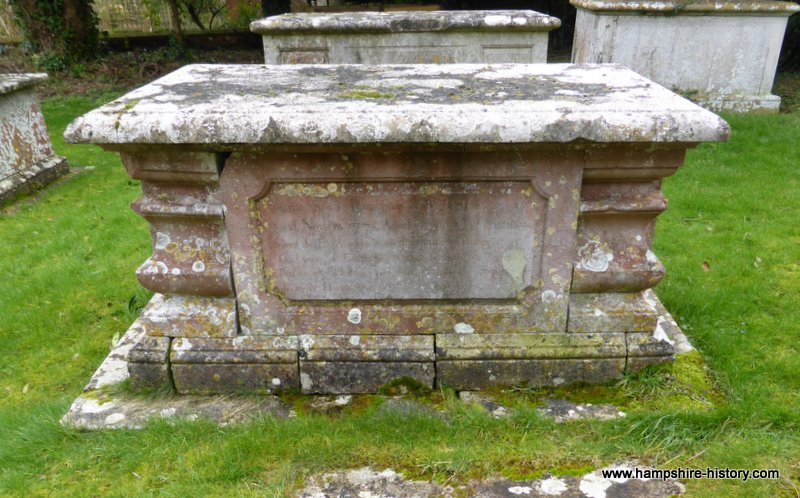 Anne died at the age of 61 on November 11th 1778. Her last words were “I know my Redeemer liveth”. She was buried in the tomb of her mother and father in Broughton, in the church yard of St Marys, despite them being Baptist. On her tombstone the following words;

Silent the lyre and dumb the tuneful tongue

That sung on earth her great Redeemer’s praise

But now in heaven she joins the angelic song,