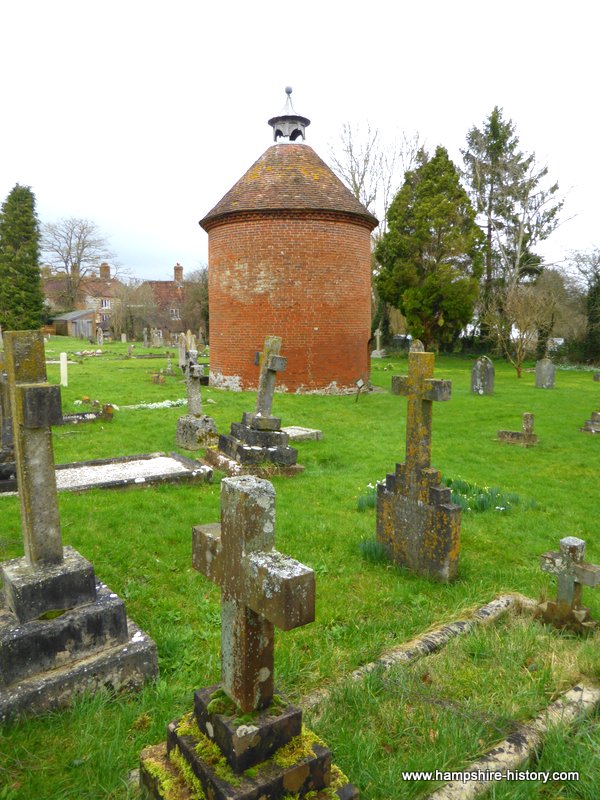 In the church yard of St Mary’s Broughton stands an unusual round squat tower, built of brick with a tiled roof atop it. It is a dovecote, sometimes known as a Columbarium, the Latin for pigeon or dove being columba.

Dovecotes were unusual in that they were gifted from the manor for the provision of meat, with the droppings being a valuable fertilizer. They were built either in the grounds of the manor house or as the Broughton dovecote is, in the church yard.

The present dovecote dates from the period of William and Mary, 1639 – 1702 but it is known that their was an earlier one dated from 1341 and attached to the rectory.

What is so rare about this dovecote?

The interior is filled with 482 nesting boxes and to gain access to them there is a revolving ladder, the only one in Hampshire and one of only four in the whole of England. 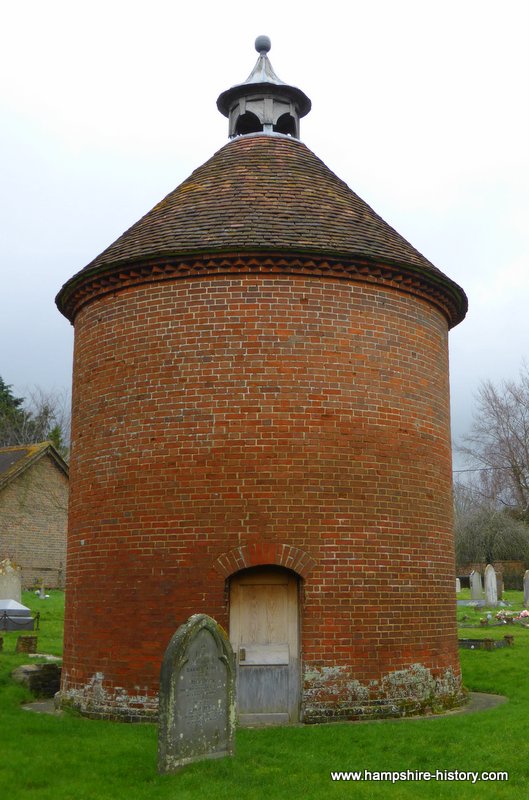