There is no denying the majesty of Winchester Cathedral or the stories surrounding Hampshire’s wonderful military heritage nor a thousand other things that collected tell the story of this great county of ours but it’s the little things that sometimes count the most. We see many interesting small scraps of history as we make our way around Hampshire. No great story lies behind these intriguing snippets but what wonderful tales we can weave around them.

The church of St Peter and St Paul in Kings Somborne has some wonderful history to revel in, with the palace of John of Gaunt sitting alongside and to the west his deer park but it is the carvings left by worshipers in the 13th century that tell a bigger story. 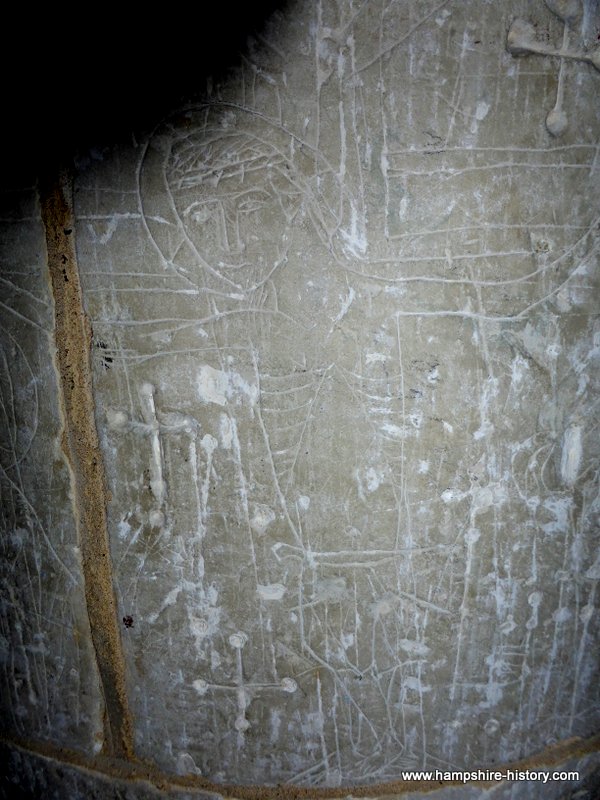 At the base of a column in the south aisle and less than a meter off the ground are the scratched outline of the Crucifixion and the Virgin Mary with Jesus, she wearing her crown. It is possible that these outlines would have been coloured in. But why are they drawn in such a curious position? 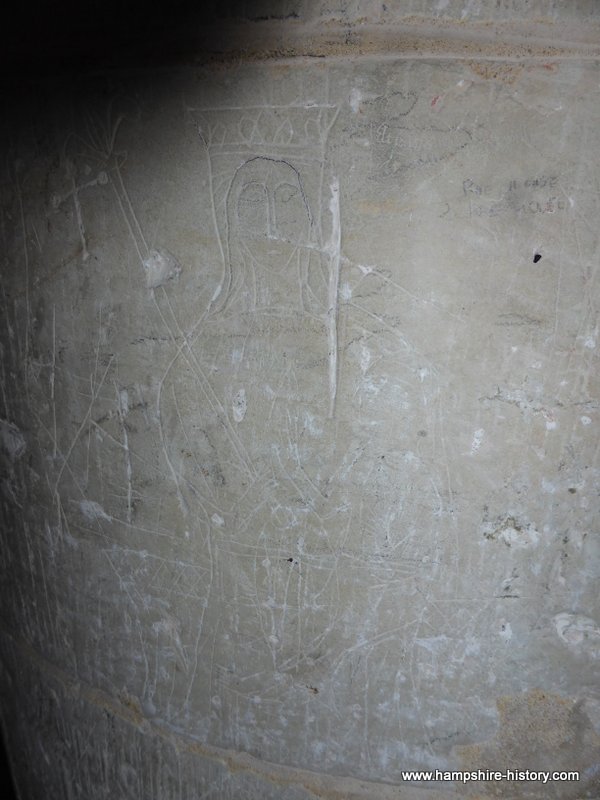 The Virgin Mary with Crown

The clues are in all the carved pilgrims crosses that surround the drawings. Pilgrims would have knelt in prayer before the altar, so the carvings would have been at their head height and they added their own inscriptions. Maybe the carvings were made by the pilgrims themselves. They are difficult to see and in the pictures, we have added shadow to pick out as much detail as possible.

The interior of a medieval church would have been a place of vibrant colour and paintwork. In particular, the lower sections of the wall, were often coloured with a single pigment such as red or a russet orange. The drawings may well have been etched into such a painted surface and would then have been very visible to all, the light coloured stone blazing through the dark pigment. What we now often refer to as ‘graffiti’ was in fact artwork.

Anyhow we hope you enjoy the pictures of the Kings Somborne carvings. 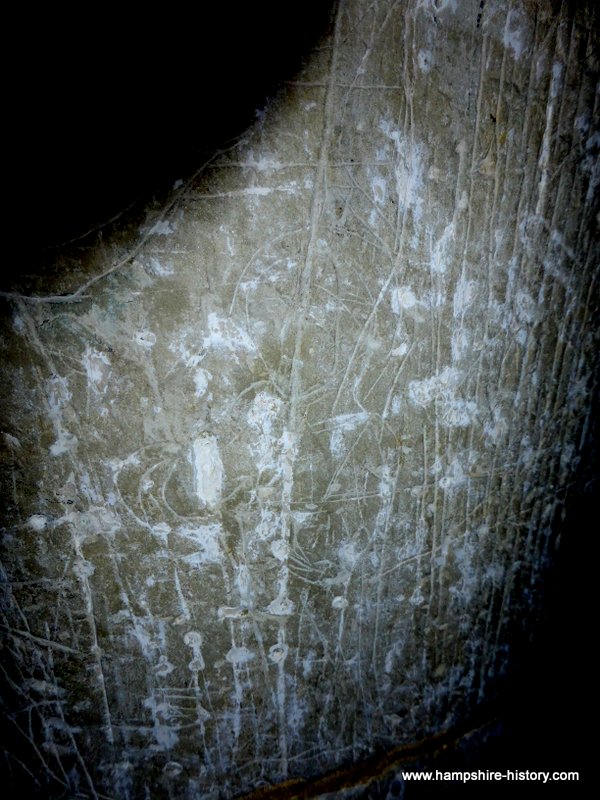 Figure off to the right of the Crucifixion figure 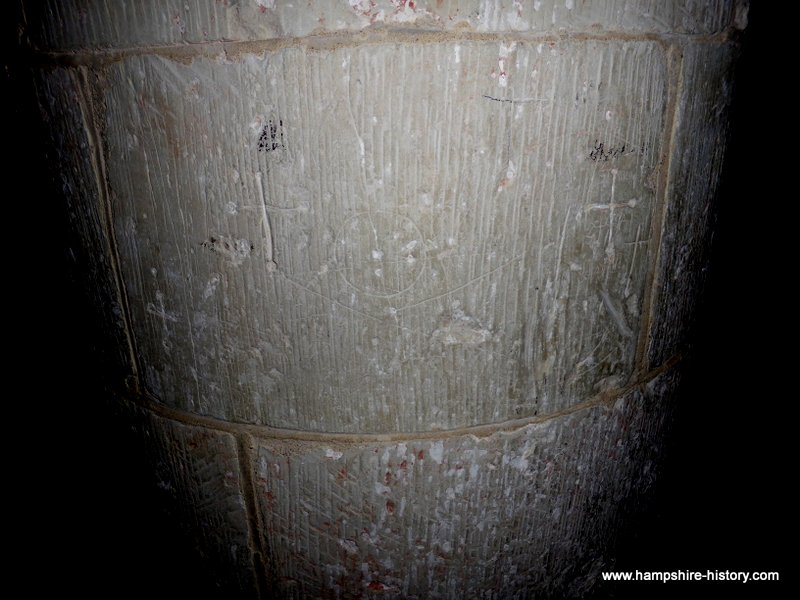 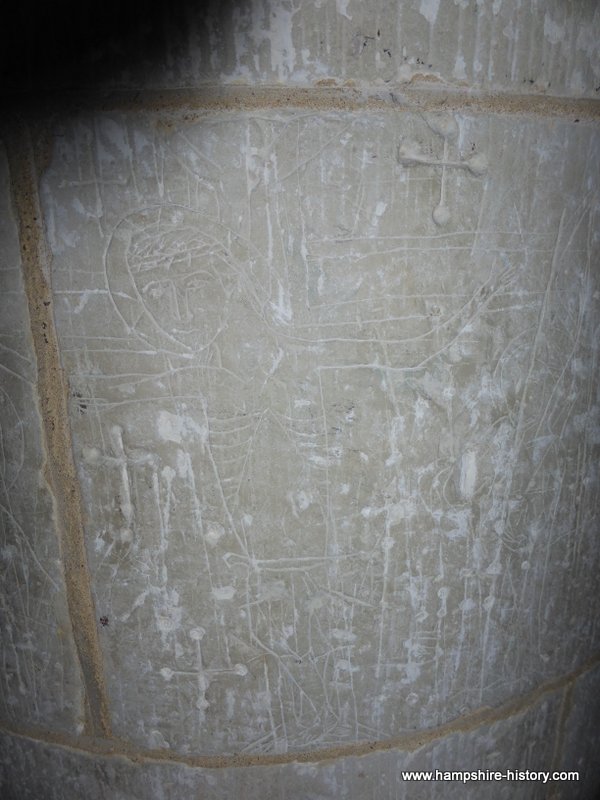 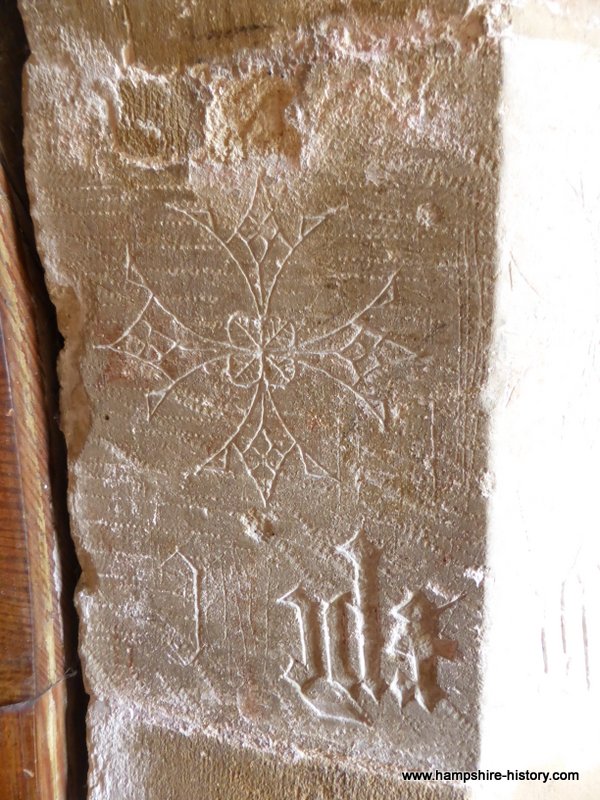