For those who know Winchester well one of the most beautiful and restful walks is along one of the chalk streams of the River Itchen. Pick up the path at the end of College Street and walk out of the city towards St Cross. Look out across the water meadows towards St Catherine’s Hill. See the cattle grazing and listen to the bird song and you could be forgiven forgetting the C21st. John Keats, one of England’s most loved and revered Romantic poets is walking beside you.

At least he is if you carry John Keats ode ‘To Autumn’ in your pocket or keep snatches of it in your head. 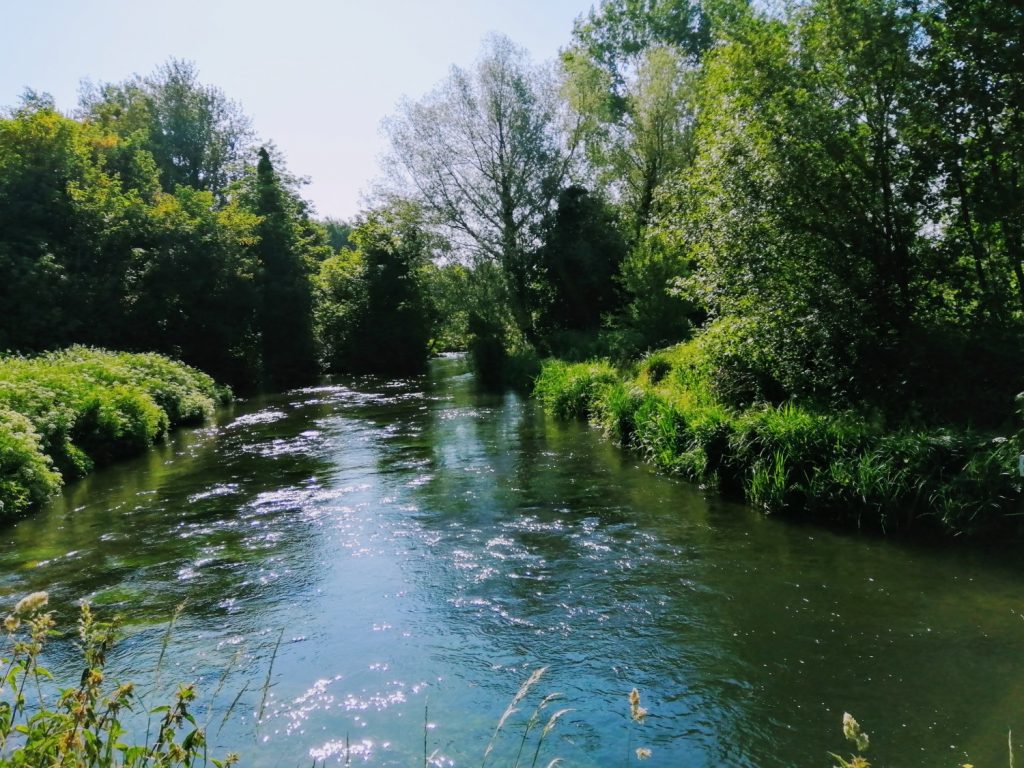 When did Keats come to Winchester?

Keats arrived in Winchester in late Summer 1819. It seems he drew inspiration from visiting new places and clearly fell in love with the city.

It is not difficult to imagine that as Keats took the path along the stream, he looked across at St Catherine’s Hill and determined to climb it. Even now the climb is still exhilarating and the air certainly worth ‘sixpence a pint’. 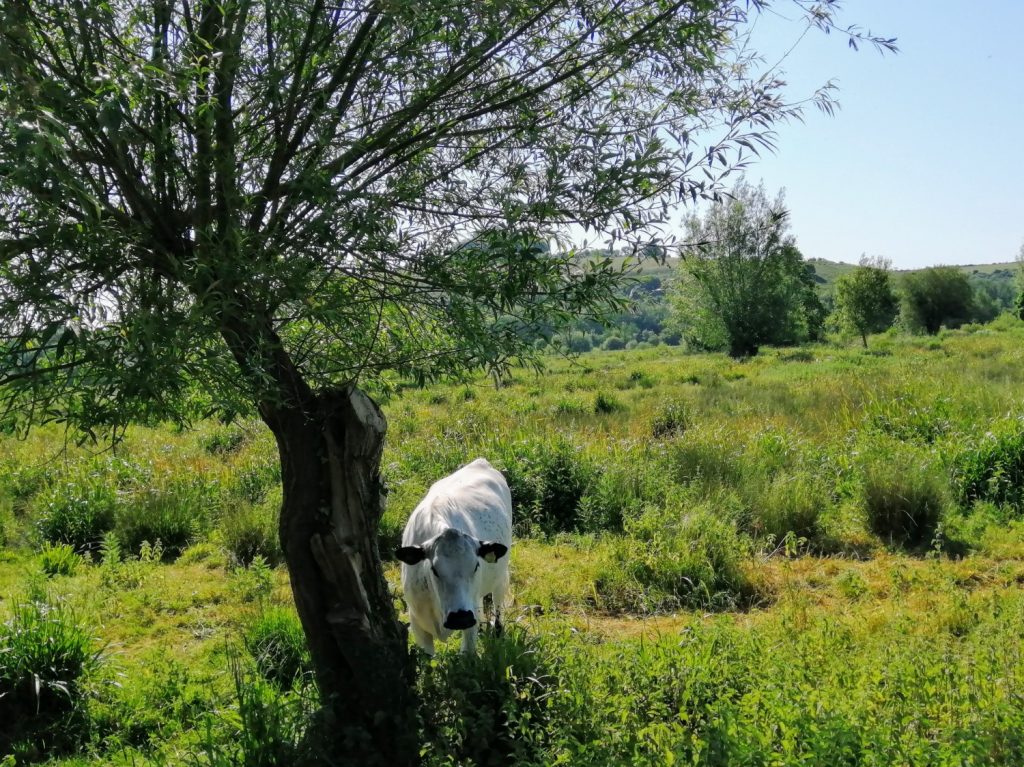 View over the water meadows to St Catherine’s Hill

He had arrived with his best friend Charles Brown and the pair were on the hunt for some fine libraries. It seems unlikely they would have gained access to the Winchester College library but it didn’t seem to prevent Keats from writing some beautiful pieces.

He and Charles evidently secured cheap lodging in the city. This was just as well because Keats, for all his talent, was in a very difficult financial situation.  His complex relationship with Charles Brown is well worth studying the Keats Letter Project is one of the most interesting insights into the poets life. However just a few days after arriving he seemed to be pleased to find himself in Winchester. He wrote to his friend Benjamin Bailey,

‘We removed to Winchester for the convenience of a library and find it an exceeding pleasant town, enriched with a beautiful Cathedral and surrounded by a fresh-looking country.’

Keats wrote many letters during the two months he spent at Winchester, a time when he was writing prodigiously. He spent time in the cathedral, walking the aisles and reading. Passing over the memorial to Jane Austen as he perambulated, Jane had died two years previously. 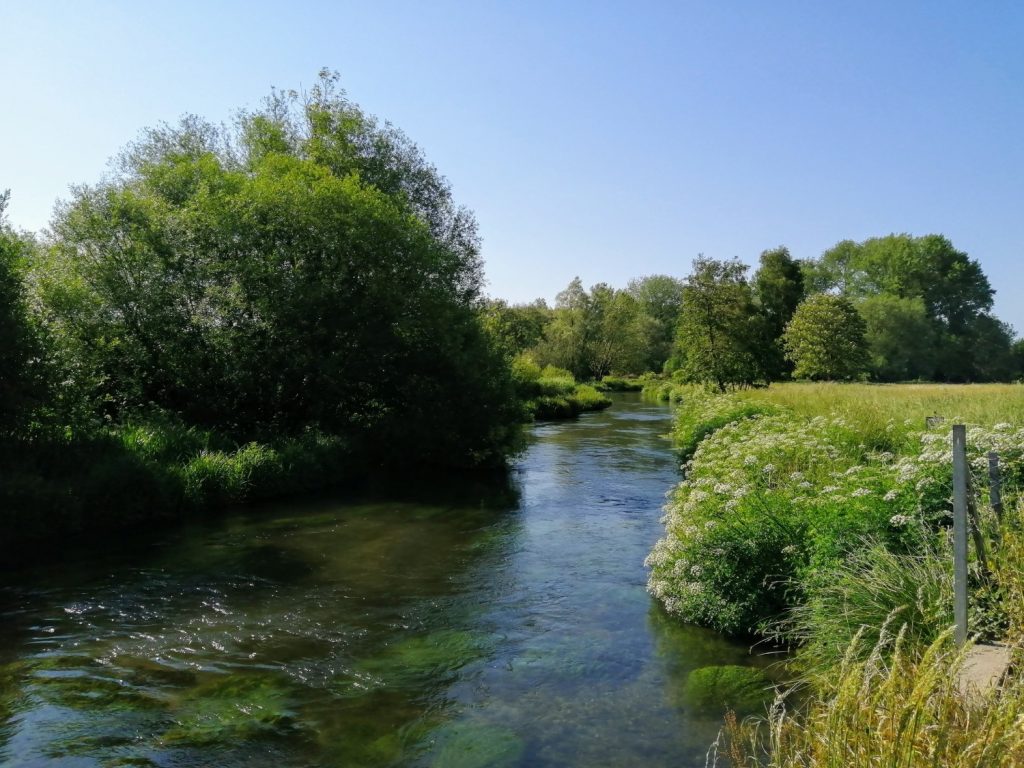 Inspiration for ode ‘To Autumn’

Brilliant but troubled in Winchester.

It seems evident that Keats found solace in his sojourn in Winchester. He died just two years later having contracted tuberculosis, a disease that had taken several of his family members including his mother and his brother Thomas. He was only twenty three years old when he took that walk from Winchester to St Cross. It seems incredible that such beautiful and sensitive work could have been penned from such a young hand. His life however had been full of friends and lovers, sorrow and delight, enough experience to make John Keats one of England’s finest poets.

‘Then I pass through one of the old city gates and then you are in one College Street through which I pass and at the end thereof crossing some meadows and at last a country alley of gardens I arrive, that is, my worship arrives at the foundation of Saint Cross, which is a very interesting old place, both for its gothic tower and alms-square, and for the appropriation of its rich rents to a relation of the Bishop of Winchester. Then I pass across St Cross meadows till you come to the most beautifully clear river – now this is only one mile of my walk I will spare you the other two till after supper when they would do you more good.’ 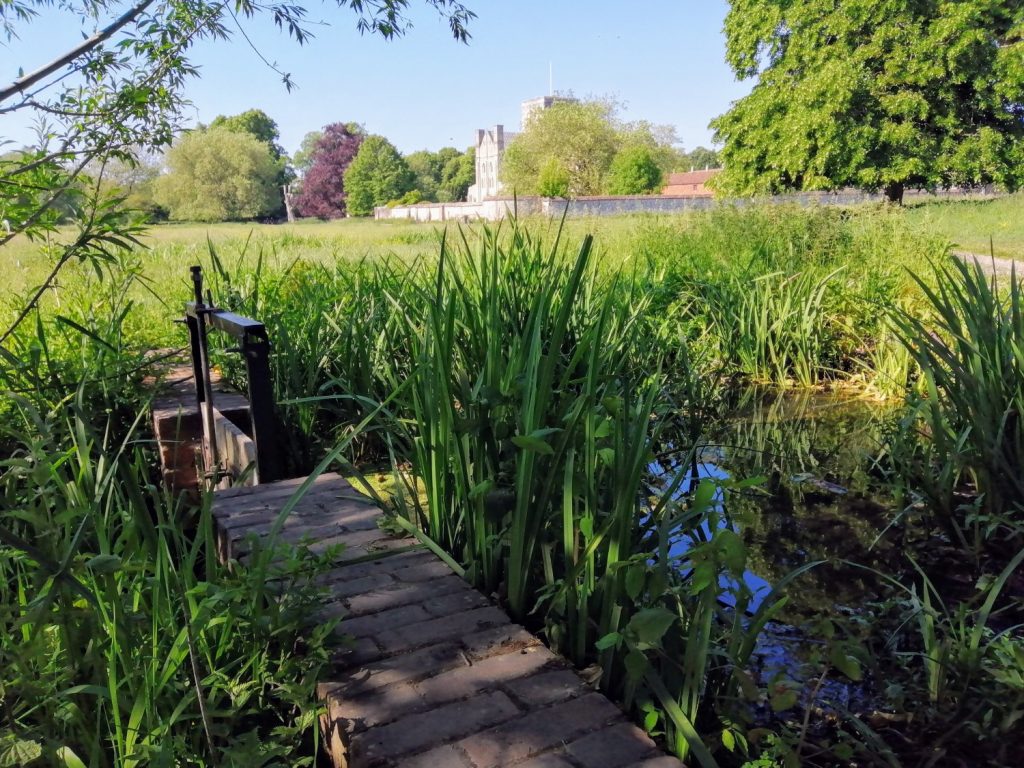