The area of Hyde in Winchester has become a place name synonymous with King Alfred the Great, whose bones were moved moved to Hyde Abbey in 1110.

Hyde was once the most northerly of the old suburbs of the city, a meadow, known as Hyde Mead. Running close by was the Roman road to Silchester. Hyde Abbey was built in this suburb after the overcrowding at the New Minster and Old Minster became too much to bear. The Abbey was built with great speed in 1109 and the monks were able to move to Hyde in 1110. 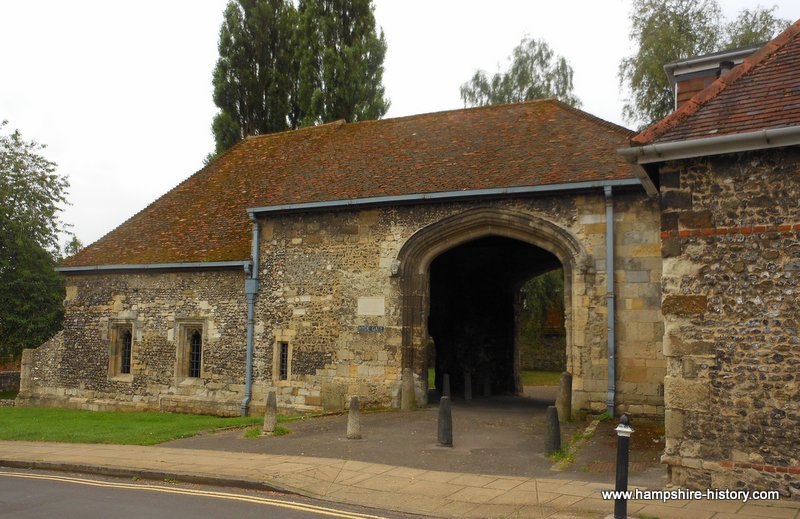 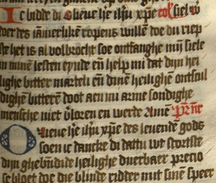 The British library in its digitzed manuscripts, has the mid C15th,  Liber de Hyda or Liber Abbatiae: a chronicle-cartulary of Hyde Abbey, AD 455-1023, compiled from earlier sources of which 92 images are available to peruse.

These documents relate to Hyde Abbey which was founded by Edward the Elder as the New Minster in 901. The abbey was removed to Hyde, outside the city of Winchester, in 1110 and was dissolved in 1539.

It was a fairly large suburb, which, in the Civil War of 1141 between the Empress Matilda and King Stephen, was severely damaged. None the less, by 1150, the city had a flourishing economy and the suburbs, including that of Hyde were growing. Parish churches built of stone and timber framed houses built on dwarf stone walls would have been part of the community of Hyde.

Hyde Abbey itself would have suffered damage during the civil war but probably benefited from Bishop Henry de Blois’s fascination with architecture, in particular his interest in classical architecture. He made use of Purbeck marble as ornament in his buildings whenever he could and this included Hyde Abbey.

Later under King Richard’s and King John’s reigns, the city of Winchester prospered, the gild merchant gained more powers, the city walls stood as a powerful symbol, it gained its own seal and permission was given to it to plead cases outside the city walls. This was a freedom of urban life sought after in Medieval England and Hyde would have benefited from this.

The abbey did not survive the Dissolution of the monasteries and by 1539 its destruction was complete and all that was left was Abbey Field, the site of a later gaol and the gate house.

Other Useful Sources of Material about Hyde

The British History Online gives an excellent account of the history of Hyde Abbey.

The stones from the Abbey crop up in buildings around the city and there is a project to try and capture all instances of where the stones turn up and photograph and map them as part of the Hyde900 project.

Moving north out of Hyde, the River Itchen braids itself and flood meadows extend east and west. On the way to the Worthies is Abbot’s Barton Farm, the manor farm of the Abbot of Hyde’s manor of Abbot’s Barton, in whose walls can be found stones from the old Abbey.

Explore Hampshire County Councils Hampshire Treasures to find out more about the buildings and other features in the Hyde area of Winchester.

A project of Hampshire History is to build out a gazetteer of  Hampshire to link place names, history, geography, arts and culture and to act as a facilitator to finding great resources online. It is in every sense a project in progress, take a look at our projects page to see what else Hampshire History is exploring.

An excellent resource for detail about the affairs of Winchester can be found in the History of Parliament Online website.

Use the Hampshire Archive Calm Index to find all the related references for material that they hold in relation to Hyde.