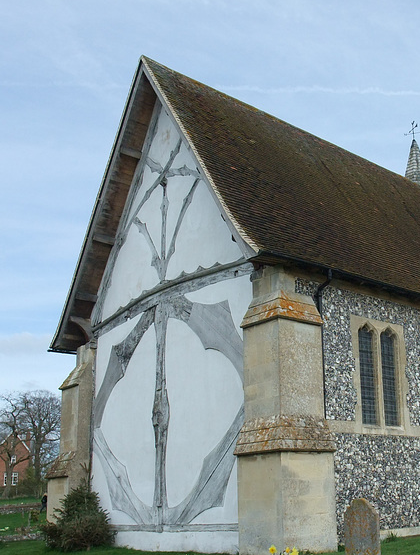 The church at Hartley Wespall was timber with later stone and flint built in the C14th. The framing on the west wall is rare to see in Hampshire churches. Inside, the roof structure is magnificent and the west gable repeats this roof structure. Beneath the horizontal tie beam are four huge cusped braces forming a quatrefoil which is divided by a vertical cusped post. 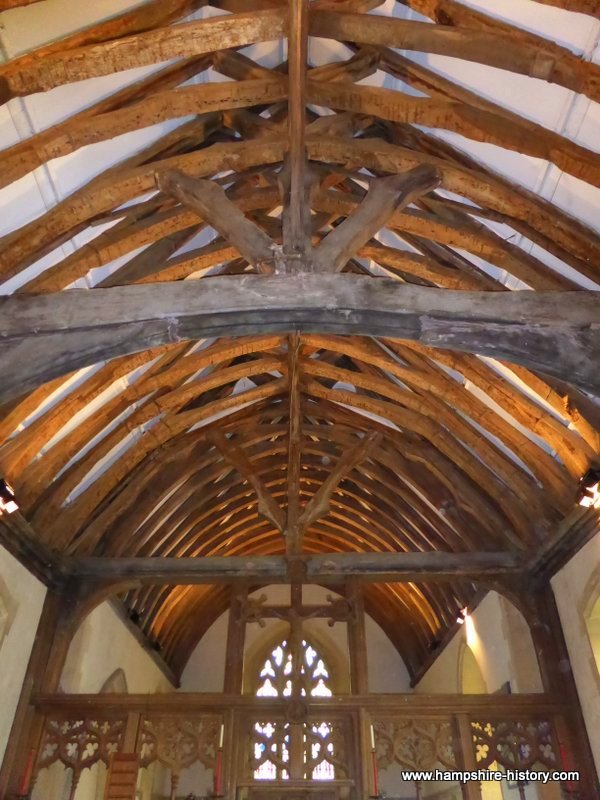 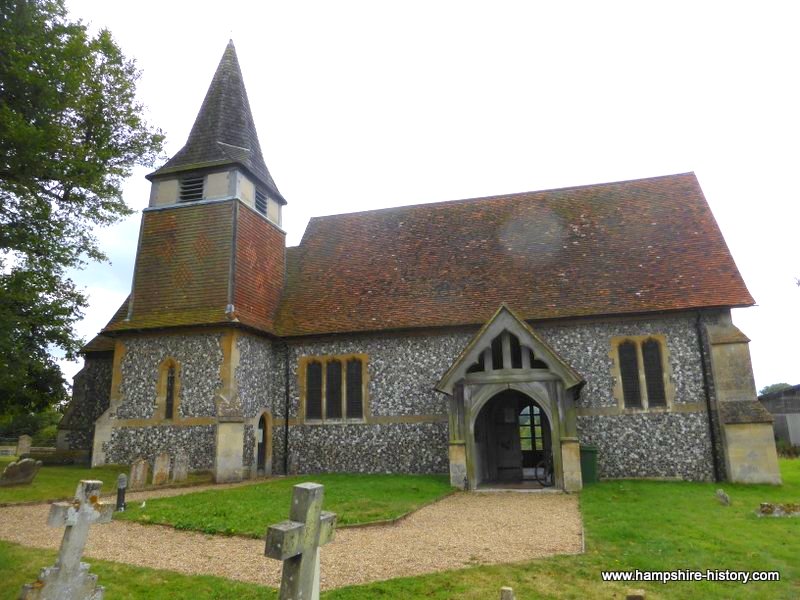