It was the summer of 1835, the Andover workhouse had yet to open yet anger and despair in equal measure were prevalent throughout the Hampshire countryside 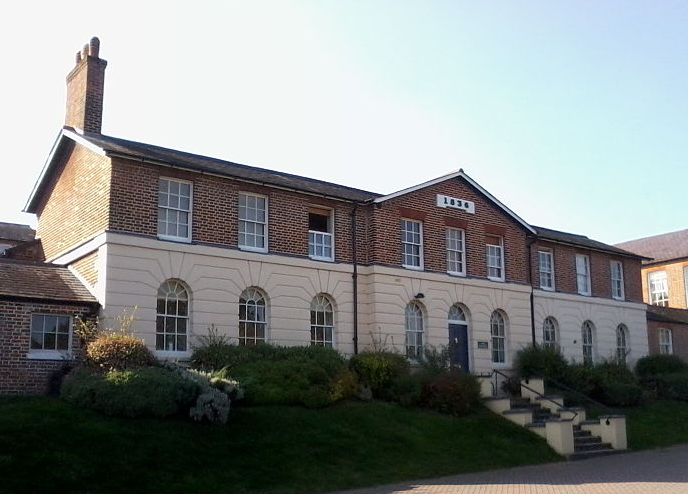 The Andover workhouse scandal as it became known, became the catalyze of a change in the poor law system introduced in the 1830’s to attempt to deal with the large numbers of poor and destitute people in need of support.

In the early 1800’s, England was a country beset with a multitude of problems. By 1830 the population of the country had increased by two thirds and stood at 15 million. Food was scarce, consecutive years of bad weather and poor harvests had left hundreds of thousands of people close to starvation. Disease was rife, the dreaded cholera spreading fast, making it hard for people to work and earn money. Life for the poor was becoming increasingly difficult. Soldiers discharged after their services in the Napoleonic wars, swelled the numbers of the unemployed,  particularly in the south.

Towards the end of 1830,  bands of labourers, starving, homeless and unemployed with nothing left to lose, began to gather at night intent on making their grievances known. They began breaking the agricultural machinery they felt had robbed them of their jobs, they set fires to barns and ricks, they robbed and attacked landlords and farmers and the trouble spread right across southern England.

Their actions were met with brutal force, squashed by a militia and judicial system that saw men hung and transported. Over 300 people in Hampshire alone were brought before the courts. The rebellion was squashed but the poor remained and the numbers of destitute homeless people swelled to unimaginable levels.

How to feed and support the poor of England became such a problem to the Government that in 1832, Lord Grey, Prime Minister, set up a Royal Commission of Inquiry to examine every aspect of poor relief and the result of this inquiry, would two years later present to the country a solution that was monstrously unfair to the poor and destitute.

Since Elizabethan times, poor relief had been administered at the parish level, with the dole arriving at the door of the cottagers in need. It was decided in the 1830’s that this was maintaining a system of pauperism and that the new system would be a National system, that removed the poor from their homes and placed them in large institutions where they would work for their relief. Men and women separated, their possessions and dignity impounded, they would be treated and locked up for their crime of being poor. In August 1834, the workhouse was born.

The punitive workhouses sprang up all around the country, the poor had to except their lot, insufficient food, separation of families and  the brutal enforcement of unnecessary rules and regulations. Despite outcries from some quarters, it was the dedication of people such as John Walter, owner of The Times, who daily did battle with the Poor Law Commission, to try and bring the system to an end.

The 1840’s known as the hungry forties 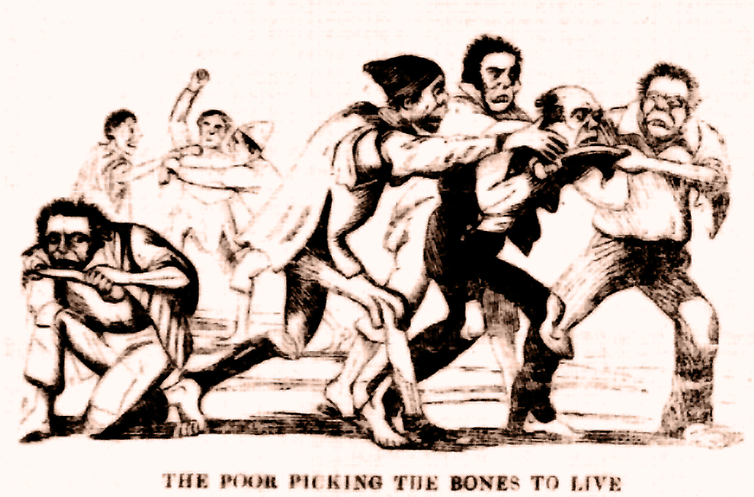 Andover’s labourers had been some of the most fierce bands of men during the 1830’s labourers revolt. They had been a violent and desperate cohort and had managed to create mayhem and damage throughout the area. They took their punishment but when the Andover workhouse was established in 1835, the Guardians, many of whom had suffered arson and robbery at the hands of such poor, took their revenge and conditions at the Andover workhouse were appalling. Abuse of all kinds took place over the years, with no action being taken by the workhouse governors to improve matters.

The Master and Mistress of the workhouse, ex-military folk ran the workhouse like a penal institution. They stole food rations from the inmates and meted out brutal punishments. The paupers were starving to the extent that they fought over the bones they were forced to pound to make fertilizer, in order to eat any meat left on them. Many of the bones were in a decayed state and from all sorts of animals, including some from a local graveyard on which a new church was being erected.

After all his years of campaigning, when John Walter exposed this story in The Times newspaper, it shocked the public and Government sufficiently for the system brought in by the Poor Law Commission, to be scrutinized and stripped down.

The Poor Law Commission at the end of its term in 1847 was finally dismissed and a new board took its place. The workhouse system continued well into the C20th but the Government had taken control, appointing a Minister of State with a seat in the House of Commons. The Andover workhouse continued until the late C19th, to find out more details, visit the Higginbotham workhouse website.