This image of the  Wymering Fields Cosham, is a reminder of a time when this suburb of Portsmouth was a rural area of farms and fields. 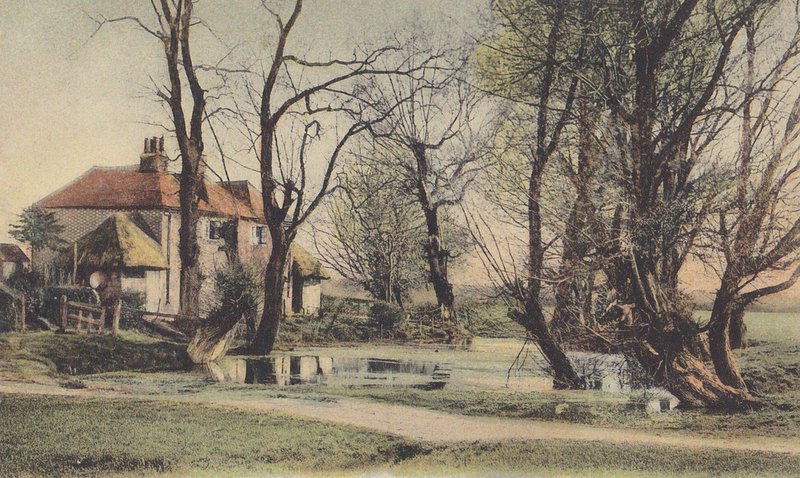 To the south of Wymering the mudflats of the tidal shore, it sits tucked under the chalk hills at Portsdown north of Portsmouth. After much reclamation and the passage of time it is now a suburb of Portsmouth with housing to match.  It was, up until the 1920’s a rural community with farms and fields and clear cattle ponds. In the C19th it is recorded as having thousands of acres of arable land, pasture and woodland. Its clear spring water was a much sought after commodity. Nearby Cosham had a weekly cattle market. 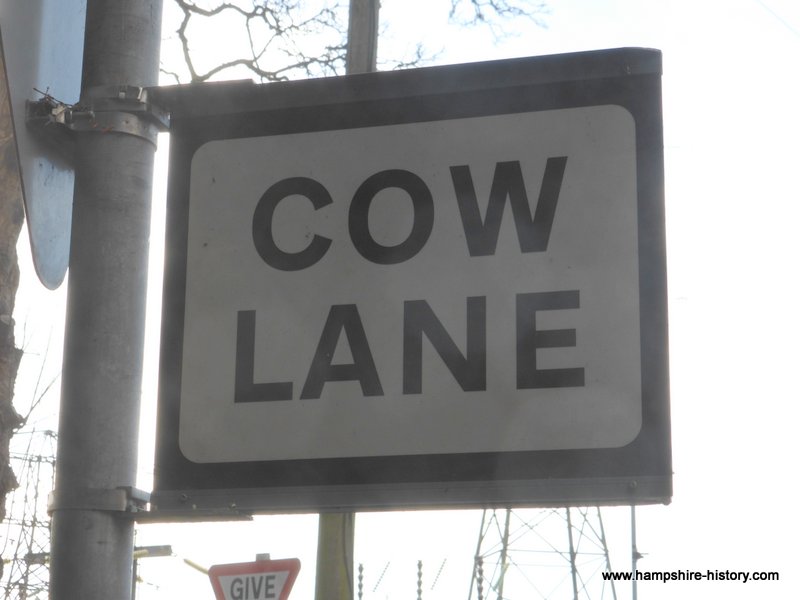 Its crops of wheat, oats and barley were said to be amongst some of the finest grown in the south of England, with a southerly aspect and the steep chalk hills behind, a balmy micro climate existed.

The Romans used Wymering on route to Portchester and the Saxons continued the settlement. The ancient manor house has a fascinating history reaching back to the C12th. The fields in this postcard, produced sometime at the turn of the C20th, appear very similar to those portrayed in an oil painting by G.Allen in 1907 entitled ‘Wymering Fields’. The original painting is held by the Portsmouth Museum but can be seen online via the BBC Your Paintings website. Wymering Fields are now the King George V playing fields.