Who was on the Mayflower in 1620? The boat left the shores of Hampshire bound for America.

One of the landmark events in Hampshire History, was the sailing of the Mayflower and its attendant boat the Speedwell, from Southampton in August 1620, to the shores of America. 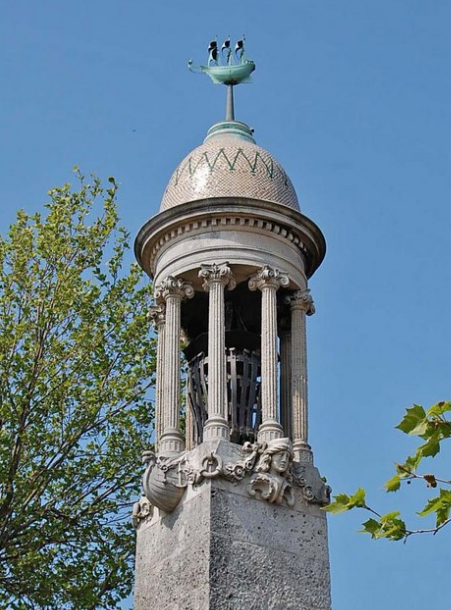 But just who was on board the ships and why did these intrepid ‘pilgrims’ depart from Southampton?

The Pilgrims were a group of English people who fled the persecution of the Church of England as it prosecuted and jailed those who openly believed the Church needed to be purified of its false ceremonies, non-Scriptural teachings, and superstitious rituals.
Small groups of people began to separate themselves from their persecuting Churches, to form their own secret congregations. They used the bible known as the Geneva Bible, which contained notes in the margins that had puritanical leanings and seemed to support their interpretation of the scriptures. 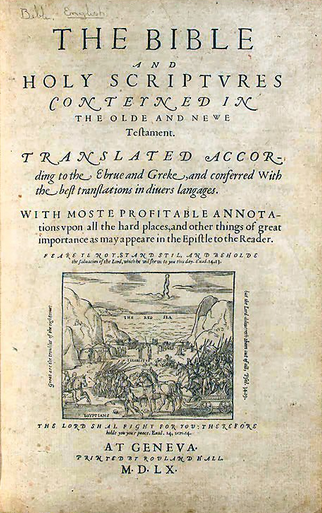 Front piece of the 1599 Geneva Bible

King James I was a devout believer in the “divine right of kings,” and the popularity of a bible that did not uphold that principle was an anathema to him, in part as a response to this he instigated the King James Bible.
These ‘Separatists’ believed in a different way of worship, a simpler, non idolatry approach that shunned rituals, icons, even the church building itself. Marriage they believed was a state not a church affair. They were however distinct from ‘Puritans’, although the Pilgrims were made up of the two groups.
The persecution of the breakaway groups increased and many fled to the more tolerant and lenient Holland, where freedom to worship as they wished was upheld as a human right. They fought hard to make their escape from England but when they were eventually successful the stayed for about ten years in the town of Leiden but they faced other difficulties away from their mother country, war and the difficulty of finding work as non Dutch placed increasing pressure on the separatists. They were losing their English identity and so they made the decision to leave Europe entirely and form a settlement in America in Northern Virginia,now New England.
The Leiden Separatists asked King James for a Royal Charter, which would allow them to establish a colony in the New World. Although James refused to give them a Charter, he promised that he would not try to stop them from settling abroad.
They needed to secure a ship to take them to America but this was an expensive and complicated task. 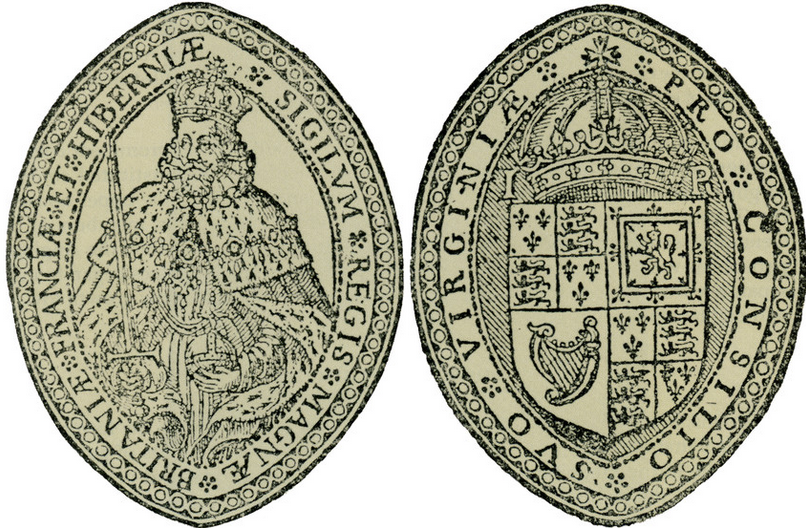 Seal of the London Virginia Company

After long delays and great expense the Leiden group succeeded in getting a Patent from the London Virginia Company, which was a group of merchants who were investing their money in new settlements in America in hopes of financial gain. The Separatists had to agree to being indentured to the company for seven years, meaning they could take no profit from their venture in that time.
The ship, whose name would be forever enshrined in history, ‘The Mayflower’ was based in London along with its master and part owner, Christopher Jones. It was decided by the Pilgrims that they would take a smaller ship as well, the ‘Speedwell’ which they would keep with them in America to serve as a fishing ship and allow them to travel up and down the coast if the need arose to move settlement.
The Speedwell was bought and fitted out in Holland and an intriguing historical point is that they consulted with Captain John Smith, who in fact offered to sail with them but they could not afford his fees and bought his book instead!
About sixty separatists set sail for Southampton but their troubles were growing, they had to pay yet more money to the company, money they did not have which resulted in them having to sell off provisions. They were joined by many others, to make up passenger numbers, people who were not Separatists but who needed to leave England and so it was a mish- mash of people who set sail from Southampton, all now know as ‘Pilgrims’.

The two ships set sail but the ‘Speedwell’ proved un-seaworthy and the ships returned to Plymouth and the passengers reorganized. Some of the Separatists had had enough and returned to Holland.

So at last, in September 1620, the Mayflower set sail from Plymouth, with 102 passengers on board, just 41 of them Separatists.
For a list of the names of those who sailed from Southampton click here

They arrived in the New World just as winter was settling in and endured significant hardships as they struggled to establish a successful colony at Plymouth, New England.

In time their colony flourished and lead the way to establishing religious freedom and creating the foundations of the democracy Americans enjoy today.