In 1903 a tram called the Horndean Light Railway began running between Portsmouth and Horndean. It allowed people living near the seaside to escape to the country for the day and those in the countryside to enjoy a day at the seaside. The trams ran through Cosham and then over Portsdown Hill. It is said that the trams were known as the ‘green cars’ because of their distinctive green and cream paintwork but the trams in this image are definitely brown. This image is from 1909c, so maybe they became green later? The light railway continued to ply its trade until 1935 when it was closed. Do you have any relatives who used to work the cars or maybe you can recall having traveled in them. We’d love to hear from you if you have any information on the railway. 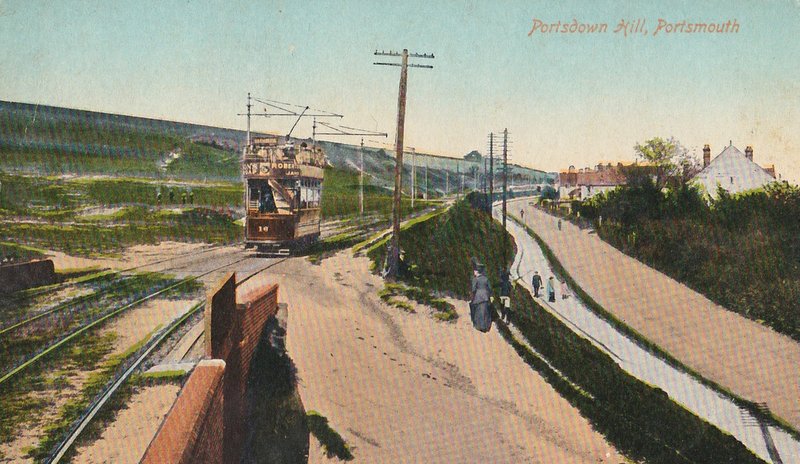