The Roanoke Voyages and Portsmouth 1587

The Roanoke Voyages were voyages of sheer courage and optimism, that left the port of Portsmouth for the shores of America

The Roanoke Voyages were a series of voyages to take settlers to the shores of America to start a colony there. On 26th April 1587, Old Portsmouth was the scene of fervent activity as a ship made ready to sail. The ship was taking 91 men, 17 women and 9 children to colonise Roanoke Island in the New World. In 1584, Walter Raleigh, flush with money and eager to expand his own empire, persuaded Queen Elizabeth I to grant him the the right to explore and settle “remote heathen and barbarous lands” in North America. Queen Elizabeth I and Walter Raleigh, shared a desire to expand England’s power and wealth. A colony in the New World they believed, provide England with unimaginable land and riches. Walter Raleigh wasted no time in setting up a series of expeditions. 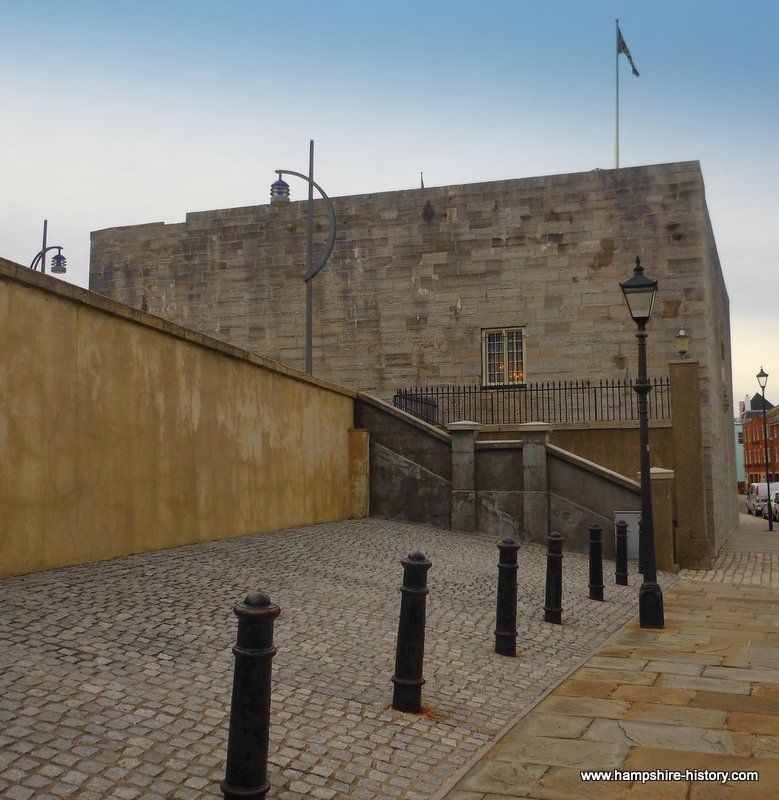 The Roanoke Voyages had begun.

The first ship left England in 1584 under the stewardship of Philip Amadas and Arthur Barlowe. On July 4th the English adventurers had their first sight of North America.

They made their crossing of the ocean and on sighting land,explored the coastline for a suitable place to make port and establish their new settlement.  On July 13th they landed at what is now, Oregon Inlet.

Roanoke Island lay just off the mainland, yet was protected by outer banks. This island seemed to offer the best of all worlds, it could be defended, gave access to the sea and yet was in a protected position.

The land is surveyed

After exploring the area  and trading with the local indigenous population, the  Philip Amadas and Arthur Barlowe returned home to England, bringing two native Indians with them. They spoke glowingly of the land they had surveyed and Queen Elizabeth I granted Walter Raleigh a patent to all the lands he could occupy and awarded him a knighthood for his endeavors.

The second fleet of the Roanoke Voyages set sail in 1585, it was a muddled affair as the ships became split by bad weather and accident. Their food supply was spoiled, which left them in a very precarious position. The colonists built a fort but struggled to feed themselves. Sir Francis Drake, who was on a separate privateering mission, stopped by the island and found the settlement in uproar, starving and in dispute with the local population. He offered the colonists a voyage home, leaving just a small garrison in place.

The Third Voyage heads for the New Land

The next voyage for the New Land set sail from Portsmouth in 1587, led by John White, who had been on previous expeditions. They only intended to put in at Roanoke Island, to collect the garrison and then head to Chesapeake Bay to establish a settlement there but once off the ship, the captain refused them back on board and so they had stay on Roanoke.The garrison however had disappeared and without them and their experience, along with a lack of food, all seemed lost for the pioneers. White returned to England for help but it was three years before he was able to return to Roanoke and by then the fort was deserted, all had disappeared including White’s grand-daughter, Virginia Dare, who was the first colonist to be born in the New World. 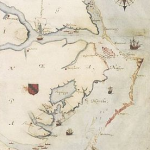 Map of Chesapeake Bay to Cape Lookout by John White 1585 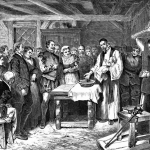 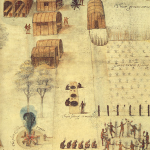 Village of the Secotan North Carolina painted by John White 1585

So what became of the colony?

Many theories abound about the fate of the ‘Lost Colony’ as they became known. It seems they left without a struggle but where they went is uncertain. A recent discovery of a patch on a map of the island created by John White, may have revealed the presence of another fort but it seems that the fate of those brave and intrepid pioneers who left the shores of Hampshire in 1587 will never be known for certain. Sir Walter Raleigh failed to establish a permanent English colony on Roanoke Island   but the knowledge gained from the Roanoke voyages helped in creating a permanent English colony at Jamestown, Virginia, in 1607.