The Ogham Stone of Silchester.

The Ogham Stone of Silchester was discovered in 1893 during an excavation of the ancient town. A well in the town was being excavated. At a depth of about 3m, a pillar of sandstone was found. This phallic shaped pillar stood on a square plinth and is approximately 50cm tall. Beneath the stone lay a pewter jug. The well appears to have been back filled after the stone was deposited in it.

The Ogham Stone is a remarkable object because of it’s Ogham inscription. Not only might it be the oldest Ogham inscription yet discovered but it is the only one discovered in Britain outside the Celtic area of Ireland, Scotland, Wales and South West England. 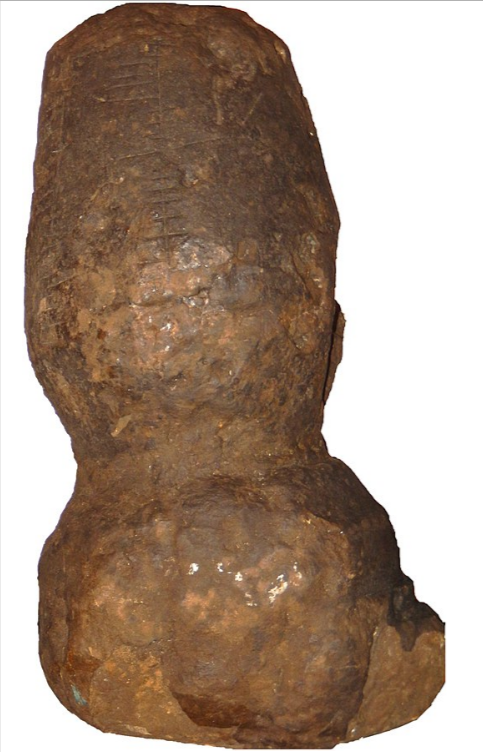 What is the Ogham alphabet?

The Ogham alphabet was in all probability invented by a Celtish tribe in the South West of Ireland. It is divided into four groups of five letters, each of which are represented by by straight cuts of one to five in number. These cuts spring from a ‘stem’ and are either straight or at an angle. The writing is read vertically from bottom to top. 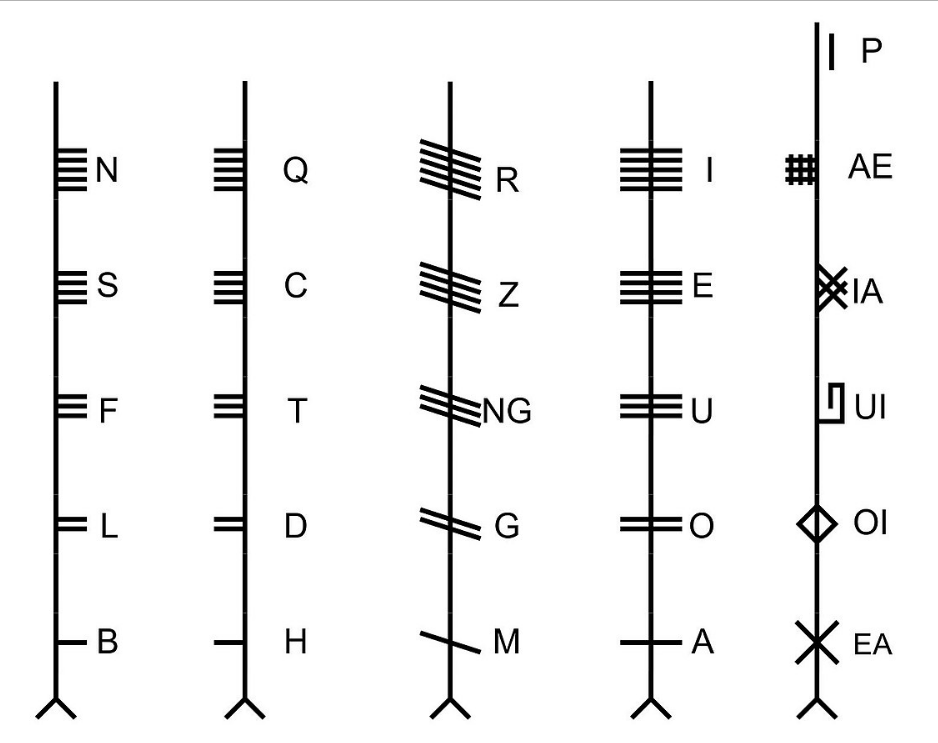 The Silchester pillar has the inscription on two vertical stem lines and several translations exist. It is thought to be an epitaph from the C5th or C6th.

The (next word could read stone or land) of Tebicatus, son of the tribe of N.

It has been suggested that the pillar could have been part of the construction of the house next to the well. The pillar being one of many that supported a colonnaded corridor. The inscription may be denoting that the land / house belonged to Tebicatus and the Ogham writing that he was an immigrant from Ireland.

The stone now resides in the Reading Museum alongside all the other finds from Silchester. There is a virtual exhibition of Silchester online as well as further information about the stone.