St George is the patron saint of England and the red cross on a white background, which has been associated with St George since the crusades is the English national flag

St George was a Roman soldier during the C3th when the Emperor Diocletian was in power. He was a Christian who it is thought to have been born in Cappadocia, an area which is now in Turkey and then lived in Bethlehem and fought hard against the Roman repression and persecution of his fellow Christians. St George is remembered for giving away his possessions and remaining true to his religion before finally being imprisoned, tortured and executed.

The earliest known British reference to Saint George occurs in an account by St. Adamnan, the 7th century Abbot of lona. The saint is also mentioned in the writings of the Venerable Bede.

St George is also patron saint of Palestine and George’s reputation grew with the returning crusaders. They claimed George had been present at the crusades  to lead the crusaders into battle. The Council of Oxford in 1222 named 23rd April Saint George’s Day. 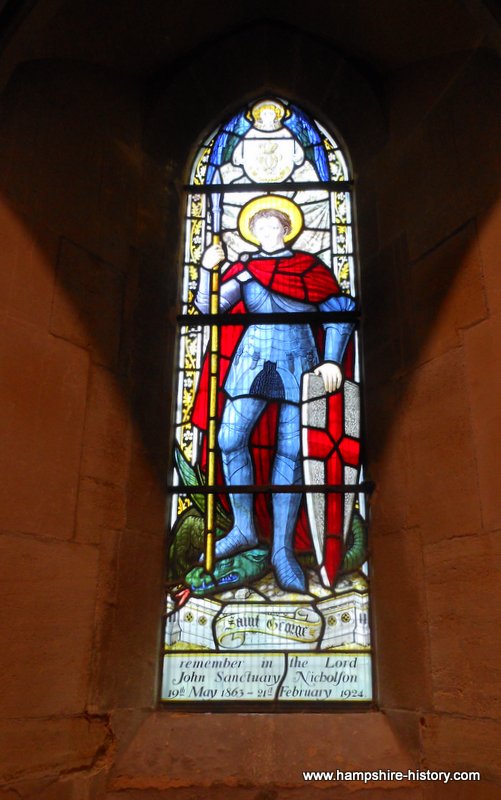 St George and his dragon

The story of Saint George only achieved mass circulation when it was printed in 1483 by Caxton in a book called The Golden Legend. This was a translation of a book by Jacques de Voragine, a French bishop, which incorporated fantastic details of Saints’ lives. 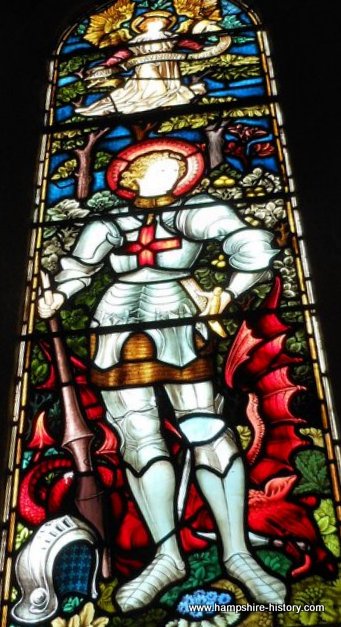