The lane was flooded, the fields were flooded but the pale yellow Anglo Saxon church of All Saints Little Somborne, stood above it all, as it has for over a thousand years. 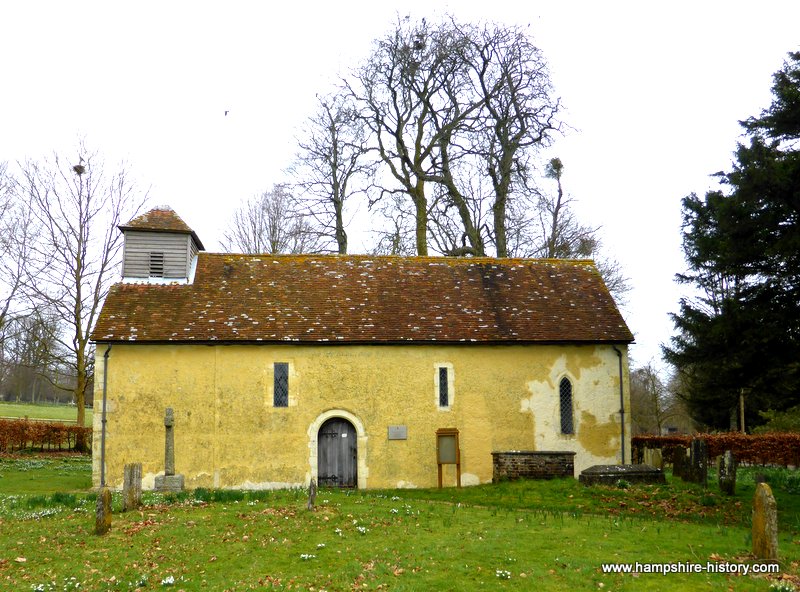 The church, now in the care of the Churches Conservation Trust, is an Anglo Saxon, Norman church. The whole church is constructed of local flint and calcareous stone, possibly brought across from the Isle of Wight. In terms of the Anglo Saxon part of the church, much of the two celled Saxon church survives in the nave and the north end of the church. In the late C12th, the Normans removed the Anglo Saxon chancel and built a new one. They also made the church bigger by extending the nave to almost twice its original length. 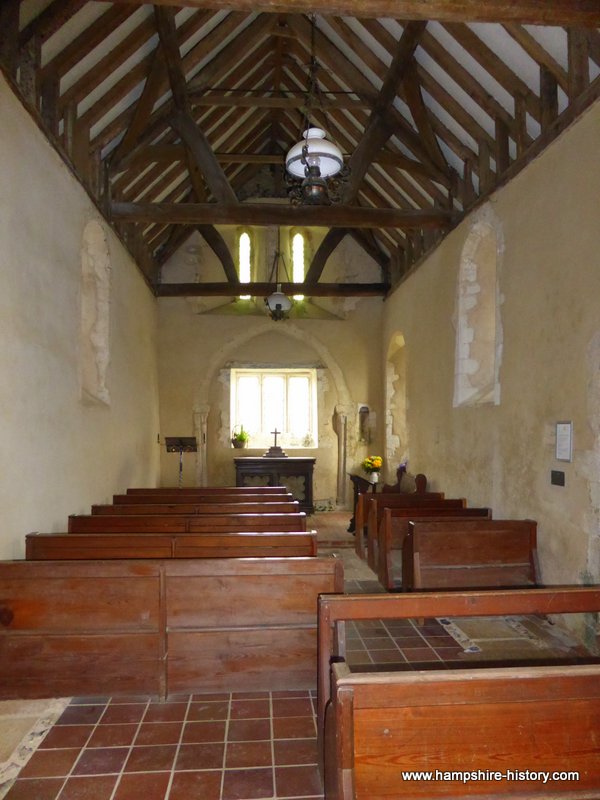 The Nave looking towards the Norman arch

Looking for the Anglo Saxon

The tell tale signs of Anglo Saxon architecture show themselves in the pilaster strips on the north and south walls. On the northern side a double splayed window is also Anglo Saxon. 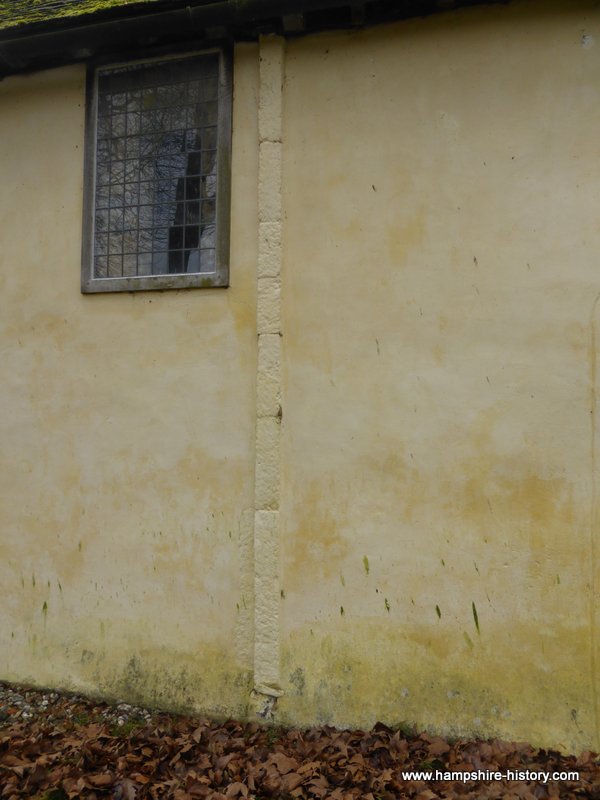 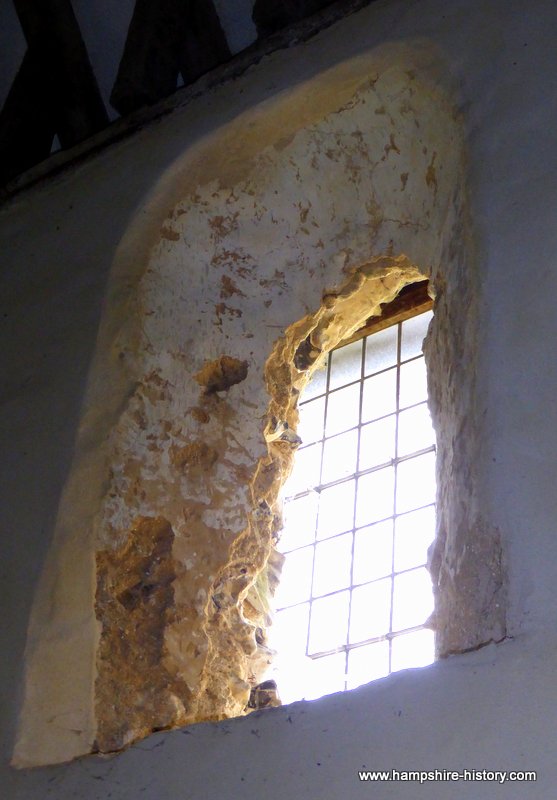 Externally the long and short quoins on the corner of the west wall are Saxon and there is a blocked up doorway on the north wall which is also possibly Anglo Saxon.

During archaeological excavations, it was found that the Anglo Saxon west end, extended for a further six feet and fragments of Saxon stone carvings were also discovered. 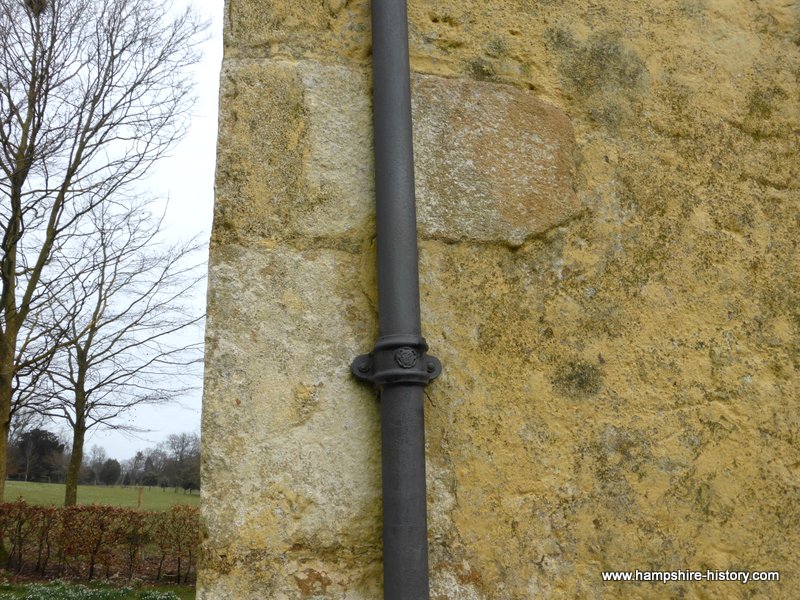 The Normans and Beyond

What is wonderful about All Saints is how little structural interference has occurred in the last thousand years. The Normans extended the church and their hand can be seen in the Norman square headed doorway and a square headed window in the north end.

Other Medieval structures include a C12th window in the southern wall and it is thought that a C13th hermits cell was built that could be accessed through a doorway into the church. 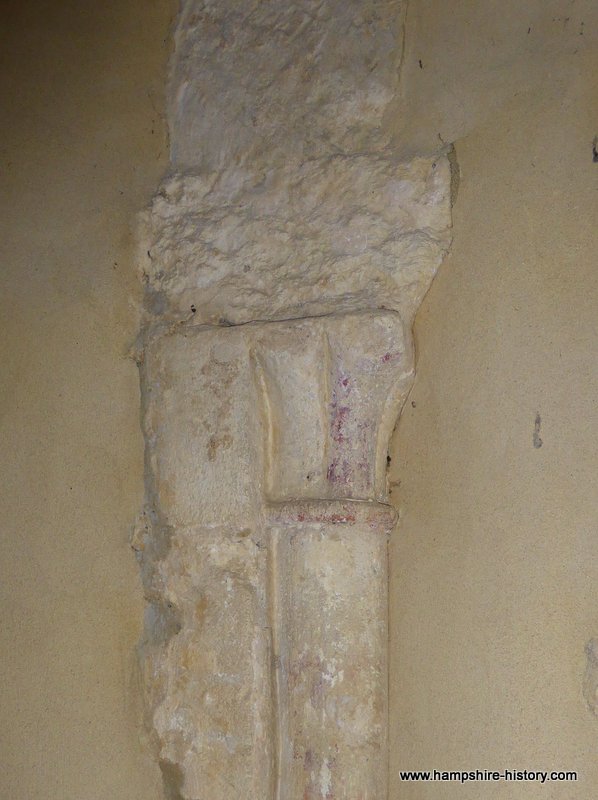 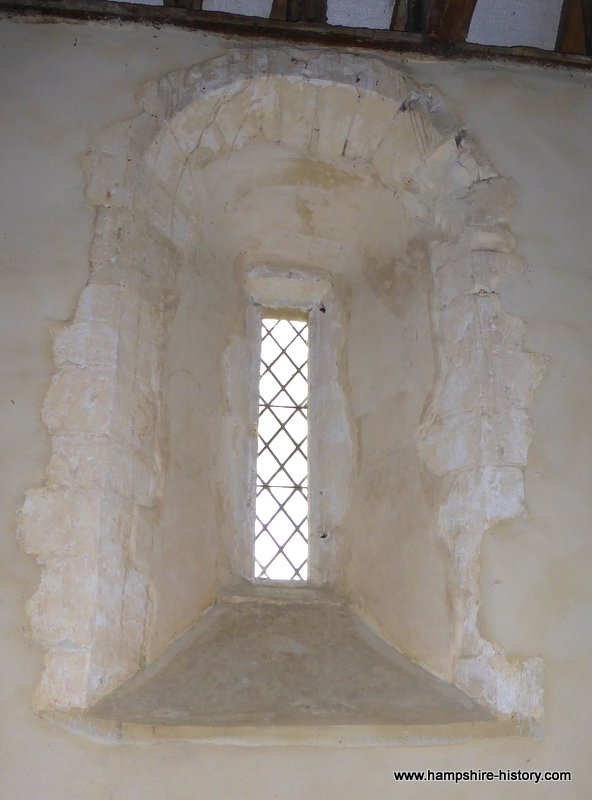