When King Charles II hid in an oak tree near to escape the Roundheads pursuing him, he began a tradition, a celebration that is known in Hampshire as Shick – Shack day.

Now Shick – Shack day is also known as Oak Apple day (the oak apple being the growth created by a wasp larvae) or Restoration Day. It is a celebration of the restoration King Charles II to the throne in 1661 and takes place on the 29th May each year, which is the birthday of the King.

What connects King Charles II and the oak?

In 1651, after being defeated by Oliver Cromwell in battle. King Charles hid himself inside a massive oak tree. Unable to move, he stayed hidden there for a whole day until it was safe for him to emerge and make good his escape.

The English had suffered at the hands of the Puritans and the Commonwealth since 1649 and were overjoyed at the restoration of their king. The oak that hid him is remembered by the wearing of of oak leaves and in Hampshire, sprays of oak leaves were used to decorate door knockers and people wore them in their hats. 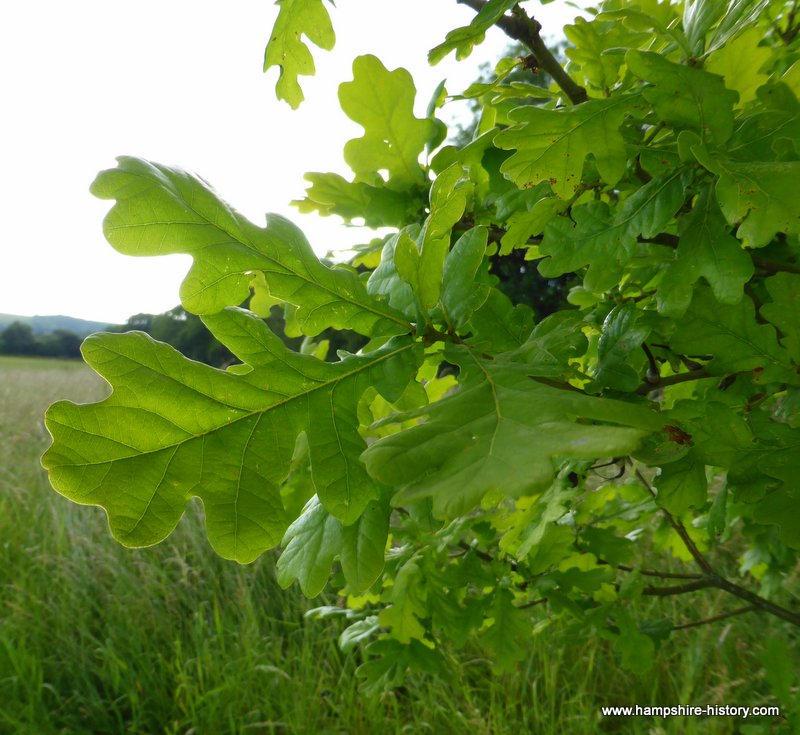 What of the name Shick – Shack?

It is thought it is a corruption of a rude term used to refer to Nonconformists, ‘shitsack’. The term was then applied to anyone who was not for the king and did not wear an oak leaf or sprig of oak.

In the C19th, fresh twigs and boughs of oak were gathered, new leaves were favoured and all the better if the wearer could find an oak apple attached, for what reason is unknown. For the non royalists, a beating with a brush of nettles was the order of the day.

The name is now used when referring to a sprig of oak but alas I do not see many people wandering around Hampshire with twigs of oak attached to their hats or lapels which is rather a pity really because King Charles II was rather fond of Hampshire.

There are many Royal Oak pubs in Hampshire, here this pretty little pub near Lyndhurst. 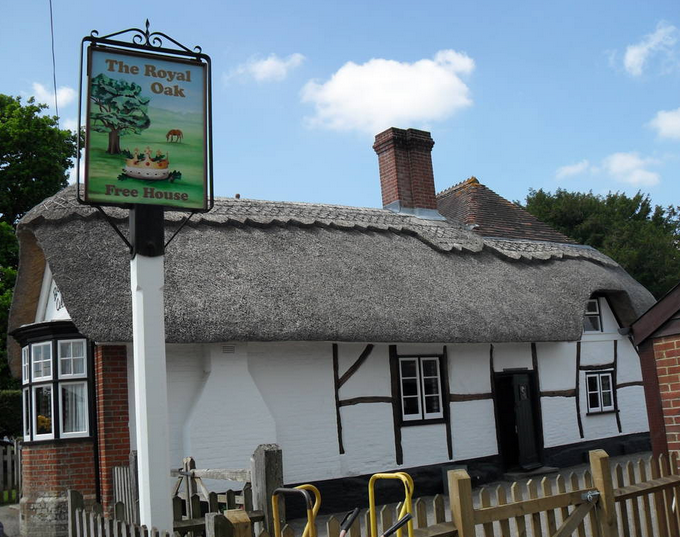