White Star liner Majestic entering the port of Southampton in 1934

In 1934, Southampton began preparing itself for a war it hoped would never come. The city recognized that its position as a port handling over twenty million tons of shipping a year, made it vulnerable to attack. Its waterworks engineering department met with government officials to discuss how to ensure a supply of fresh water in the face of such an attack. A system of local fire brigades and air raid organizations were ready by 1937 and the first blackout exercise in Britain was undertaken in Southampton in 1938.

And the assault when it came was ferocious. Between June 1940 and July 1944, Southampton sustained fifty seven devastating raids in which 2,631 bombs and 31,000 incendiaries were dropped, tearing out the heart of the city.

Incredibly though, Southampton had been at the heart of preparing the greatest contribution to British air dominance and thus reducing the number of German raids

In 1936 the Vickers Supermarine Aviation Works produced the prototype of the Spitfire, the creation of Reginald Joseph Mitchell and this plane .emerged from near destruction when Vickers received a direct hit in 1940. Luckily another production works at Castle Bromwich was operating and able to put the Spitfire into the skies. 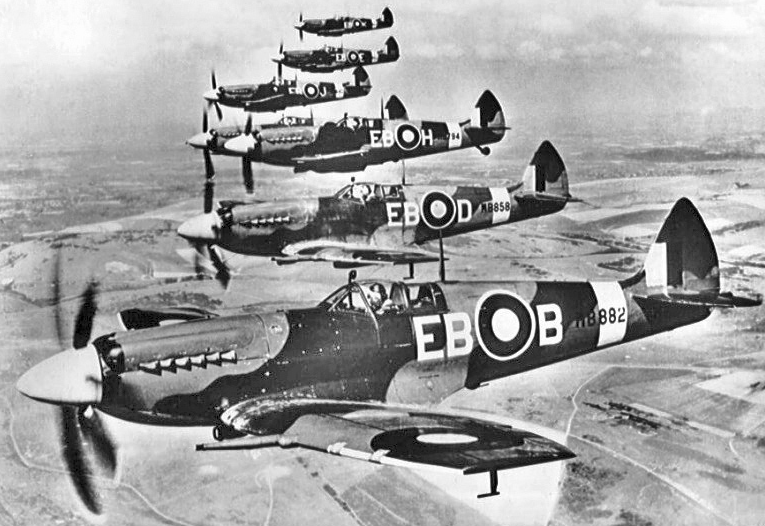 Southampton was subjected to an intense survey to assess its readiness to become the worlds largest naval and military base in the world but could it survive the devastating air raids?

It did and out of the destruction, work began to create a logistical and operational centre that would place Southampton at the centre of Operation Overlord.

Southampton would become known as Area C in D-Day Preparations

Military Movement Control set up its headquarters in the South Western Hotel and the docks were expanded with temporary ‘hards’ for docking the invasion fleet being constructed, new rail depots and sidings, aerodromes and stockpiles of fuel, food and almost every type of supply imaginable hidden away in hinterland of Southampton.

Mulberry Harbours and Rhino pontoons for ferrying tanks etc from ship to shore were assembled close by in the neighbouring inlets and creeks.

Troopships Southampton Docks prior to D-Day 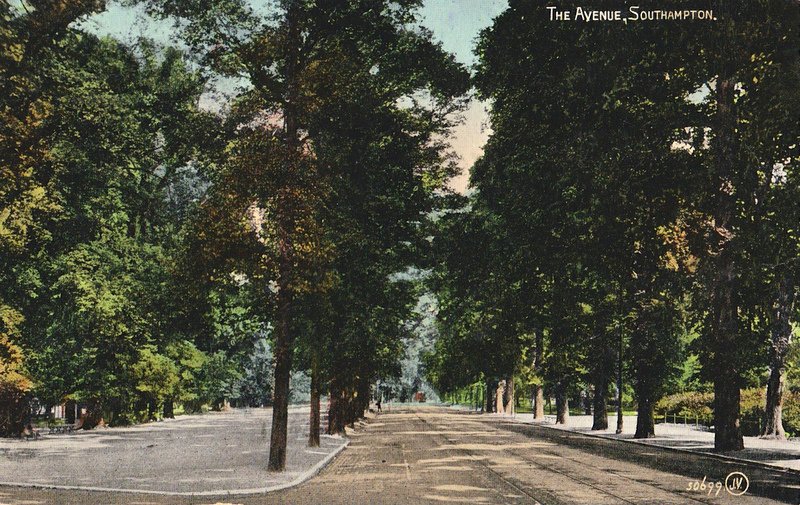 The Avenue Southampton, transformed into a leafy tunnel, along which the majority of troops moved onto the camp on the common.

The approach of D – Day

Every road, lane and field surrounding the city was filled with military vehicles and personnel. In all, an incredible two thirds of all those who were part of the initial assault, sailed from Southampton. This city that had suffered such a terrible assault in the early years of the war, rose to the call to arms and more than fulfilled its part in Operation Overlord.

From D- Day to the end of the war

The statistics speak for themselves. More than a quarter of a million vehicles were shipped out of Southampton and over three and a half million men between D-Day and the end of the war. What a testament to a great city.